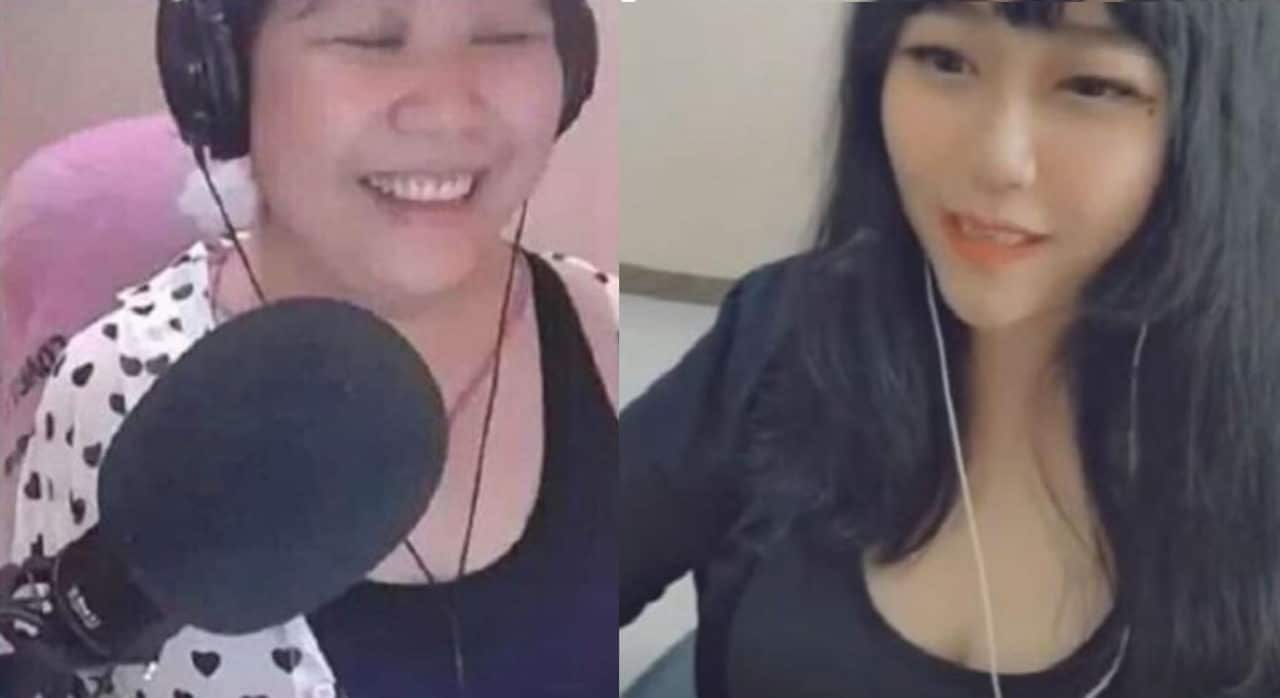 Chinese paypigs are revolting after a popular female vlogger/livestreamer got tripped up by a glitch and fans learned her beauty filter had done more than merely enhancing existing qualities.

The glitch happened on a July 25 DouYu stream, a Chinese game-centric livestreaming platform. The livestreamer, who goes by “Her Royal Highness Qiao Biluo” (乔碧罗殿下) to her 135,000 adoring fans, had covered her face with an anime picture while chatting with a cohost. At some point the computer dropped the superimposed picture and everyone was shocked to see her real face.

Turns out Her Royal Highness — the “cute goddess” — is actually a 58 year old woman.

Related: Landlord exposes glamour influencer — who lives in piles of trash and shit

Qiao reportedly didn’t notice the accidental reveal until investigating why all the paypigs in her pay-for-access VIP room started leaving en masse. They also started unsubscribing in huge numbers and charging back the many donations sent her way.

With all that money sloshing around, Qiao is of course only the most recent — and extreme — example of a wider phenomenon. South China Morning Post has made a video showing the various tricks Chinese streamers use to appear as young and cutesy as possible.