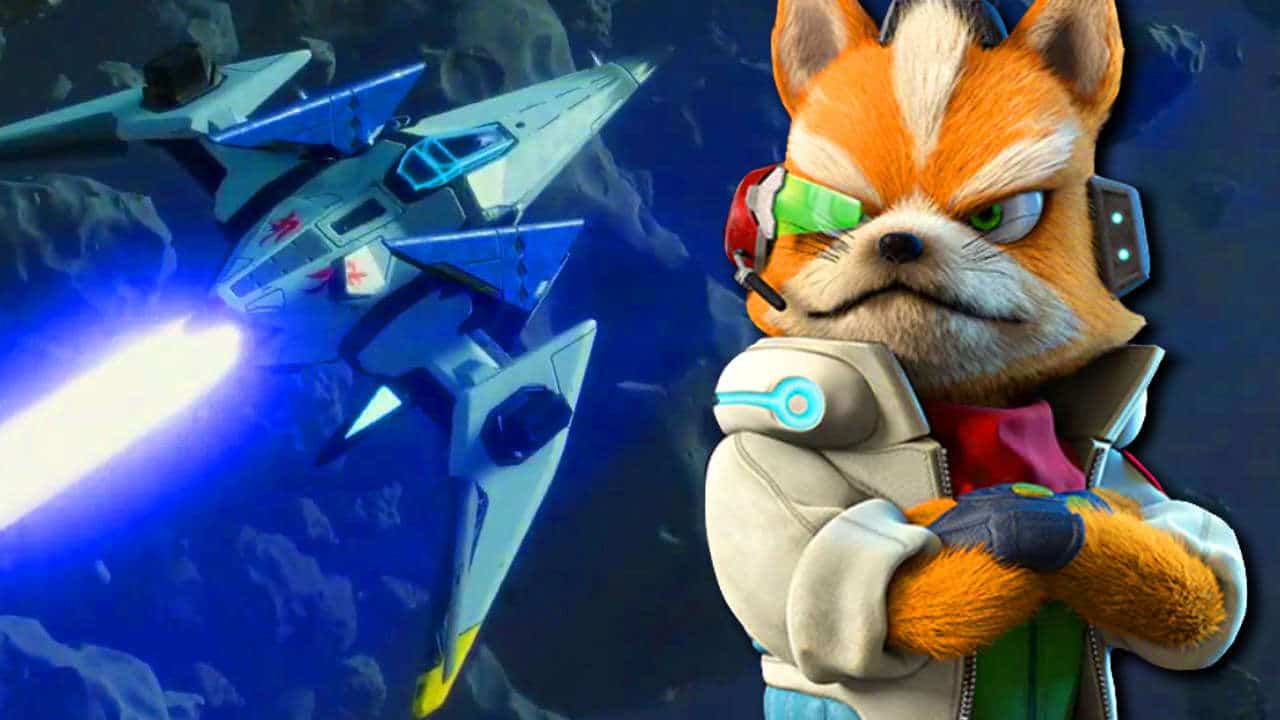 At Gamescom 2018 we caught up with Laurent Malville, the creative director of Ubisoft’s upcoming space-em-up Starlink. The most eye-catching element of this title, outside of the toys it can integrate with, is the inclusion of the OG Starfox, Nintendo’s Fox McCloud.

This is another product of Ubisoft and Nintendo’s increasingly buddy-buddy relationship. The two companies have always had good relations but in recent times this has resulted in more concrete partnerships, such as Mario Rabbids Kingdom Battle.

If you’re wondering how the Starfox-Starlink idea got off the ground, the story has a few surprises. “So last September 2017 we had the incredible privilege to be invited to Kyoto to present Starlink to Mr Miyamoto and the original Starfox team,” says Laurent Malville. “And so we prepared a crazy presentation and we showed the game and we were also invited to show how… what it could be, adding Fox McCloud and the Starwing…”

So this was after the game’s reveal at E3? “It all started at E3 2017,” says Malville. “We were revealing Starlink to the world at the Ubisoft press conference, which was a big moment for us. We had a tiny room behind closed doors, it was very hot and humid! And we had no air conditioning the first day… but then it got better when Nintendo came to see us.”

“We were like “Wow, incredible!”…to present to Nintendo. So I did the demo and at the end of the presentation, I remember one of the representatives asking us “Are you OK if I come back with more people?” and we were like “Yes, please! We’re here to show the game to as many people as we can!” – and so they came back two times, three times, four times, and they came back with incredible people – so we had the director of Mario Odyssey was there and we had the director of ARMS and Mario Kart and more like… “OK..” two times, three times… up to five times, and the fifth time that they came it was with Reggie Fills-Aime and so on. So I’ll let you imagine… we’re like ‘OK… what’s happening?’”

Malville and his team had made an impression. “Several weeks later we learn from Ubisoft HQ in Paris that we were invited to present Starlink to Nintendo HQ, to Mr Miyamoto and the original Star Fox team, and it was not only to present Starlink but also to present what the collaboration between Nintendo and Ubisoft would look like with Fox.”

So the collaboration was Nintendo’s idea? “As far as I know yes – maybe HQ had talked together with Nintendo, I don’t know about that part, but as far as we know yes. It’s after them seeing the game at E3 and then them inviting us to Kyoto that it started for us.” 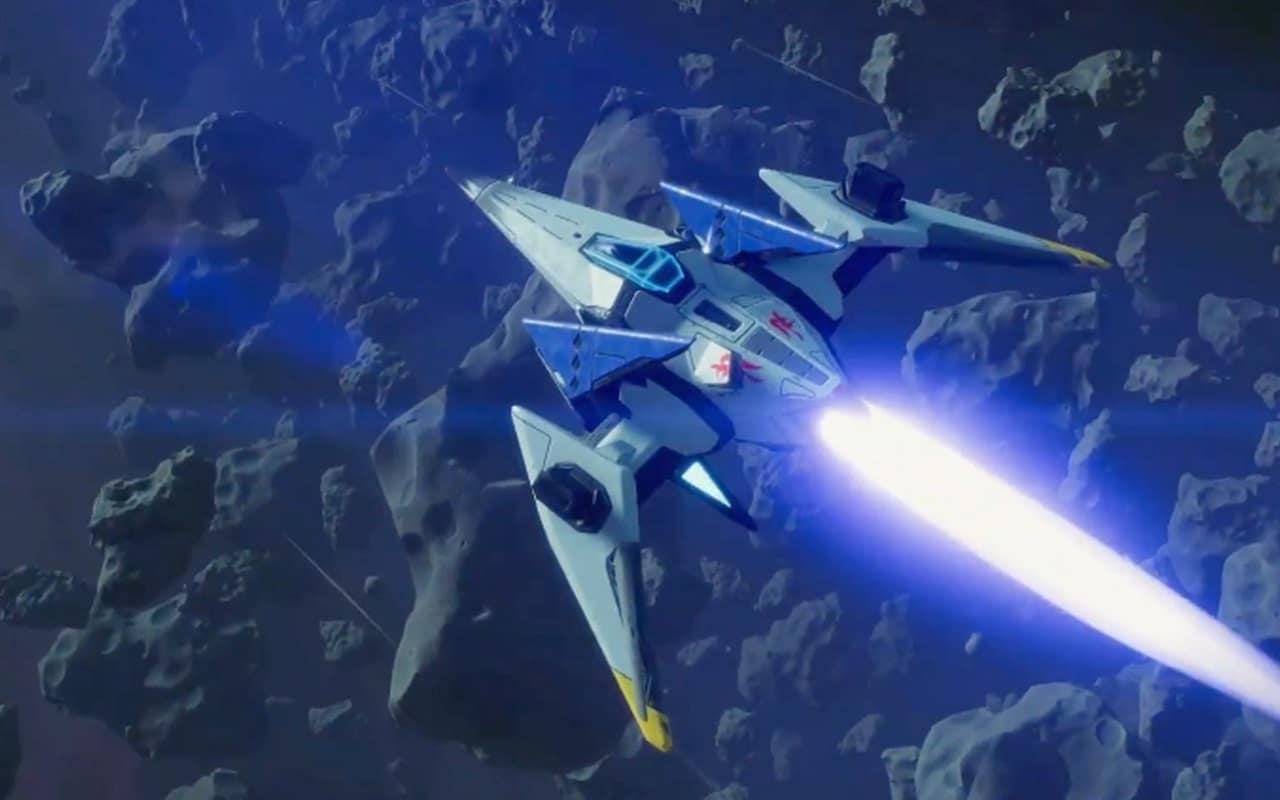 I asked Malville what you put together when you’ve got to do a presentation to a figure like Miyamoto. “We worked tirelessly,” Malville laughs, “on presenting and workshopping how Fox could be integrated in the world of Starlink, and we started prototyping and 3D printing an Arwing that would embed the Starlink technology, because you know we had to fit the connectors in there…

“We had fun with that, and we also worked on some cool features like, this is the only starship that has this mechanical movement there, so you can put it in combat mode, navigation mode, and so we 3D printed that, and it was a great model.

“We had made the wings modular because this was the concept behind Starlink, that everything is modular – so Mr Miyamoto removed the wing and plugged in the wing of another ship – I think it was the one from Neptune, at least I think – I was a bit nervous at this point is all! – and when he removed the wing of the Arwing, he looked around to his team and they were looking at it and thinking, and so we didn’t know if they were like “Ooooh – what’s gonna happen?”

“Actually it was great because Mr Miyamoto shared some feedback with us,” says Malville. “And so he told us that he understood what we were doing and that he thought it was better for the players, but they had to talk together to see if they were OK with it because we were effectively changing the silhouette of the Arwing if you put different wings on it.”

Nintendo has always been extremely protective of their IPs… but on this occasion the Starlink team had done enough to impress. 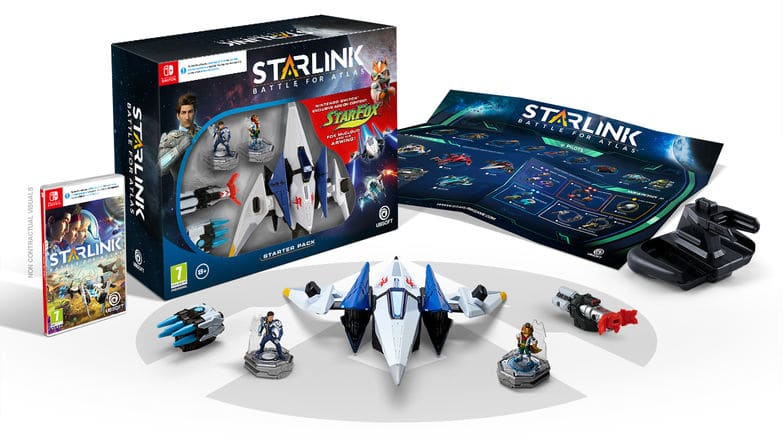 “Well you know we’re big fans of Nintendo,” says Malville, “and a lot of us in the Starlink team for sure grew up in the 80s and 90s and are in love with Starfox because for a lot of us it was the first starship game we’d played, and certainly for me it was – I said in an interview it was like a ritual for me because it was like the first 3D game that I’ve played ever, and it was kind of a… not a slap in the face, but a shock – like “Oh my god! These things can have depth!”

“So… a couple of weeks after coming back here from the Japan trip, we had the recent good news that we had the green light for doing what we were suggesting, and also to keep the wings modular. So then we did some concept art to better integrate and be really truthful to the Arwing and the collaboration with Nintendo.

“So they were, for example, drawing on our concept art, saying “Oh, maybe you should do the back that way…” and our artists were super excited to work on that too to be as fruitful as possible.”

Is it odd being the first developer with an Arwing and a top Nintendo character playable on the Switch before Nintendo itself?

And because all of the characters have different personalities, you’ll see the events of what’s happening in Starlink through the lens of Fox McCloud, so yeah – is it odd? It’s a mix of super excitement and also being ‘Is it happening?’ – sometimes I think it’s not happening and sometimes I wake up and I’m like “We’re doing this?” Yeah – it’s cool. Wow!”

We’ll see if Starlink can live up to this star billing when it releases on Switch (it’s also available on PC and PS4, though these versions don’t have Fox).