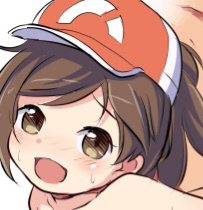 Reminder that while current pokemon has gone to the shitters, the older ones are still just as good as the day you played them, okay maybe not as good, but they're still loads of fun and you're sure to enjoy pokemon as again and not let the current state of it deter you from your love for it.

Give the older titles a go if you don't plan on playing the current generation of games. I don't think all the patching in the world would make up for the design choice they made for scarlet and violet.
If you're a bit lost on what to try, i'd recommend, emerald, platinum, black2/white2 and heartgold/soulsilver. Most people agree that these are the best games and they sure do hold up to this day, altought some flaws being more obvious.

Also if you find the games far too easy, you could try a hardcore nuzlocke, a set of esablished rules in the community that forces you to think ahead and not just bet it all on overlveling and items, since those are not allowed, infact fainting isn't allowed, and forces you to release it.
It also really gets you closer to your pokemon and gives a whole new looks on the game, give it a goog search.

I'm only making this thread as the current state of pokemon and the negativity towards it make sense but i dont' think it should drive you to give up on the series as a whole as it is a great concept and idea.