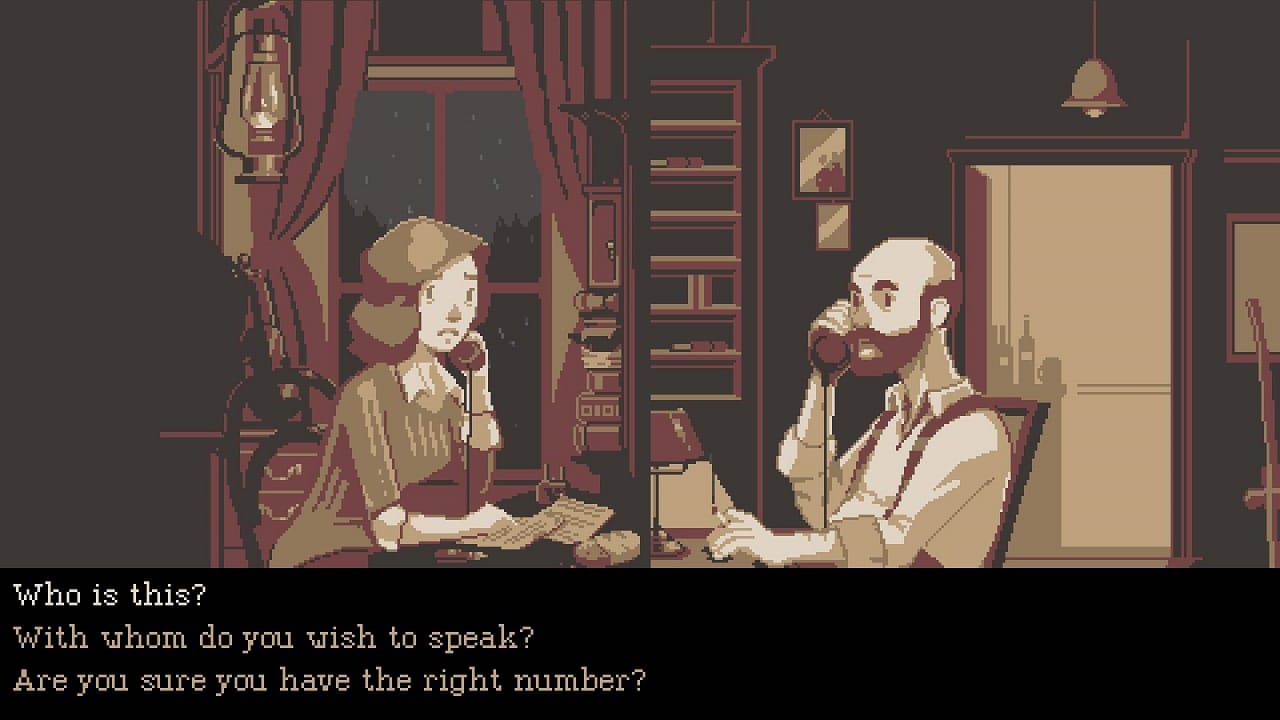 Vienna on the eve of World War I. The French 1848 Revolution. The Taiwanese White Terror lasting from 1949 to 1987. Like many games, The Lion’s Song, Aviary Attorney and Detention are set against historical backdrops of war, conflict and struggle, but this is where the similarities cease. None of these games puts us on the front lines with a rifle. The Lion’s Song ends as the war begins, we’re not really invited to the revolution in Aviary Attorney, and the upheavals spawned by the oppressive regime in Detention are psychological rather than political.

There’s a time-honored tradition of games perpetuating the notion that history is all about spectacle and scale. The people of the past become the cloned masses of Assassin’s Creed’s bustling streets or Total War’s battlefields. We are rarely one of the mass, but rather stand apart as an intruder, a time traveler.

In Kingdom Come: Deliverance, we freely gallop and gallivant across medieval Bohemia as peasants toil in the fields and refugees starve in the towns. In the Assassin’s Creed games, we’re literally above the common people, looking down on them as we parkour across tall roofs and towers. In strategy games like the Total War series, our general’s gaze is entirely detached from the human experience, overseeing the battlefield from an all-seeing god’s perspective.

Despite their scale, there’s little room for intimacy and personal point of views in these interpretations of the past. History is presented as a monolithic spectacle for our amusement, rather than a chaotic tangle of millions of individual experiences. There are some games that try to do things differently, however: grounding the past in the personal and intimate, without losing sight of its historical context.

The Lion’s Song revolves around three fictional people living in early 20th century Vienna, a period of great artistic and intellectual achievement exemplified by names like Klimt and Wittgenstein. We witness the period through composer Wilma Dörfl, painter Franz Markert and mathematical prodigy Emma Recniczek, each struggling to find the necessary inspiration to complete their Magnum Opus. Their stories are separate, but occasionally overlap and subtly influence each other.

In Aviary Attorney, we see 1840s Paris through the hawk’s eyes of defense attorney Jayjay Falcon, gathering evidence and interrogating anthropomorphic Parisians. This also involves sifting through the contradictory tangle of witnesses’ statements: trying to get to the truth, or a version of it.

The stories of all these characters are defined by restrictions that highlight their subjectivity. The Lion’s Song and Aviary Attorney may take place in major cities, but we only have access to the handful of locations meaningful to our protagonists. Detention’s events take place almost exclusively in the claustrophobic hallways of the deserted Greenwood High School, which is presented not as an objective reality but as memories or echoes twisted by Ray’s personal guilt and fear. It is an environment constructed from her role in the political persecution that disrupted the lives of students and teachers, and Detention is an obsessively introspective story. History and politics here only matter insofar as they impact the life and immediate vicinity of its protagonist.

The Lion’s Song displays a similar bias in favor of the psychology and inner lives of its three protagonists. Whether they’re trying to compose a symphony or come up with a mathematical theory of change, it’s our aim to guide them through their struggles against the mental limitations and real obstacles that stand in the way of creation and discovery.

Even Aviary Attorney’s comically stoic Jayjay Falcon suffers through a bout of depression and self-doubt after a court case that shatters his idealistic confidence in due process and the judicial system.

There are other restrictions beside the psychological: some self-imposed, others from outside pressure. There are daily routines and rituals to be followed in both Aviary Attorney and The Lion’s Song. As Jayjay Falcon, we start the day at the office, then go out in search of clues to be presented in court at the end of each chapter. As Emma Recniczek in The Lion’s Song, our days are spent meeting up with other mathematicians in a cafe, earning a living at the library, and working on Emma’s equations at her apartment.

Even with regards to their visual design, these games reject the flimsy claims to objectivity of big budget games. Instead of bombastic hyperrealism ('experience Renaissance Rome!') we see a past colored by personal experience, where the world's contours are not so simple or cleanly drawn.

In Detention an oppressive, dreary photorealism clashes with surreal scenes full of symbolic imagery and intense colors. The Lion’s Song employs a cartoonish sepia aesthetic that is expressive while also evocatively framing its era. Aviary Attorney is strongly indebted to the work of French artist J.J. Grandville (1803-1847), and his anthropomorphic caricatures of French society.

Unlike Assassin’s Creed: Origins with its Discovery Mode or Kingdom Come: Deliverance with its codex, Aviary Attorney, The Lion’s Song and Detention never pretend to be didactic or suitable for edutainment purposes. Their aim is not to create an universal, encyclopaedic bird’s eye view of the past, but rather to elucidate facets of it from very specific angles that necessarily exclude much.

You won’t leave these games with a wealth of trivia and facts about the Wiener Moderne or the Kuomintang, but perhaps something just as valuable is communicated: that history is not experienced in the abstract. Major world events are lived through by individuals whose limited, fragmented experiences bear little resemblance to the illusion of objectivity and holistic understanding that retrospection and decades of historical research superimposes.

These games remind us that nothing really separates the people of the past from ourselves and that we, too, are living history like they did.