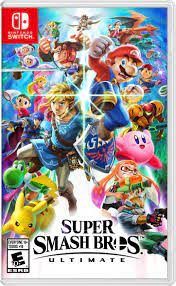 Pokemon and Fire Emblem are the only Nintendo franchises that are actually consistently creating new characters which is why they keep getting added to each new smash bros game. Rosalina is the most recently created Mario character to be added to smash bros and she is from a 2007 game. that is 16 years since Mario has had a new iconic character that people recognise. This is also true for Donkey Kong, Star Fox, Kirby, Metroid, Mother, etc. who aren't coming up with new characters (and rarely new games) that are at least main characters. Even BOTW which was the biggest Zelda game ever didn't introduce a single new character that appeared in the game enough that could be added to smash bros, just a slightly different Link. The only new first party Nintendo characters introduced into smash bros will be Pokemon and Fire Emblem, and then the rest will be third party characters out of desperation. thank you for reading my blog.