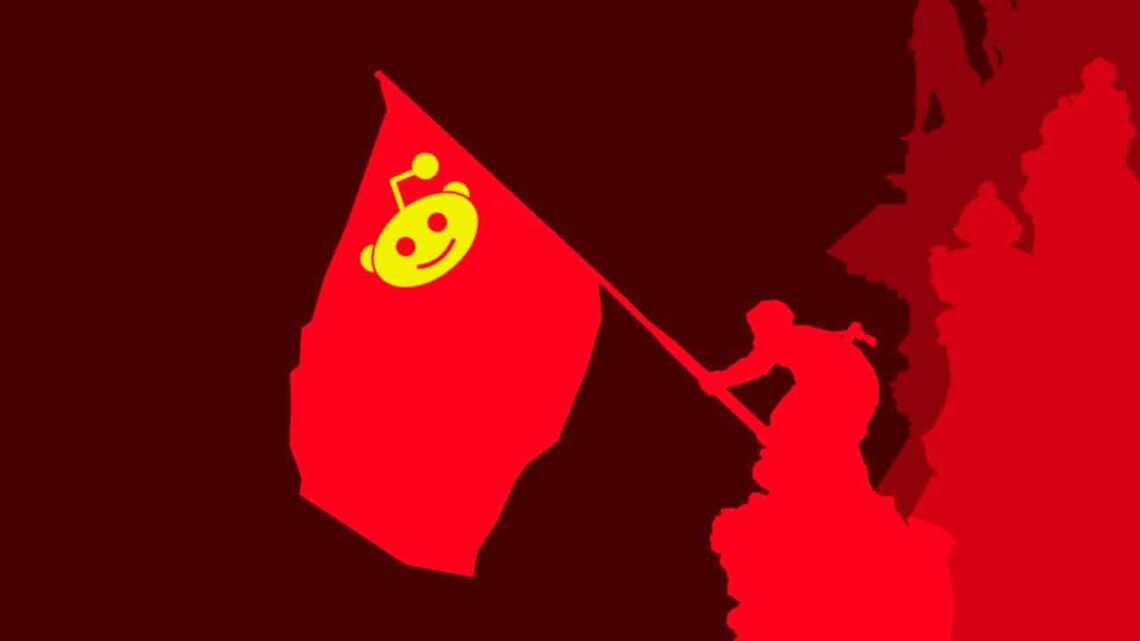 Moderators on the r/Games subreddit used April 1st as an opportunity to close the community and prevent any new threads from being posted, and it wasn’t an April Fool’s joke. This was the best way to focus attention on their newly posted sermon scolding the community for not being inclusive and diverse enough to their liking, the moderators explained.

In a post titled “r/games is closed for April Fool’s, Find out why in here” the mods talk about what they believe to be a growing, pervasive issue that has, in their opinion, affected r/Games and gaming communities as a whole.

“In recent times, it’s come to our attention that what has been intended to be a forum for the potential spread of knowledge and involvement in video games has instead become a battleground of conflicting ideas. Ordinarily, this isn’t an issue; discussion by its very nature is certain to create arguments, but when that argument descends into vitriolic attacks between individuals on a regular basis with no chance at de-escalation, that’s when, put simply, something’s got to give.”

In other words, the community has decided to participate in the ongoing culture war between social justice warriors and normal people who just want to play games. Video games have become something of a battlefield in recent years as game journalists took up their pens to write endless screeds about the toxicity of online gaming communities. The days of slinging insults at your opponents in Call of Duty lobbies have long been a thing of the past, and you can thank the effort to pacify and tame the gaming community for it.

Every time a game journalist writes about how things need to change in the gaming community because he or she doesn’t feel welcome by people who say “git gud” as a motto, some game developer takes note and thinks that they have to step up their social responsibility — as if video games have anything to do with how people interact with each other.

“Though certain memes (such as “gamers rise up”) surrounding gaming are largely viewed as a humorous interpretation of a mindset, at the core of the humor is a set of very serious issues that affect all gaming enthusiasts. By showing disdain or outright rejecting minority and marginalized communities, we become more insular. In this, we lose out on the chance to not only show compassion to these people, but also the chance to grow our own community and diversify the demographics of those involved in it. Whether it’s misogyny, transphobia, homophobia, racism or a host of other discriminatory practices, now is the time to stymie the flow of regressive ideas and prevent them from ever becoming the norm.”

“At r/Games, our community is becoming increasingly responsible for perpetuating a significant amount of these combative and derogatory schools of thought. We remove those comments, we ban the perpetrators, but the issue still persists at a fundamental level: the notion that it’s okay or acceptable to ridicule and demonize traditionally disenfranchised and marginalized members in the gaming community. This is not just an issue in r/Games or on Reddit alone; this is an issue deeply embedded in the ranging depths of the internet, frequently in communities that center around the discussion of games.”

The mods cite the innocent meme “gamers rise up” as evidence of a wicked evil in the hearts of “all gaming enthusiasts,” and then falsely claim that the gaming community at large — by far one of the most inclusive communities in existence — is therefore inherently rejecting minorities and the “marginalized.”

On the contrary, gamers have no problem recommending new games to newbies and encouraging them to participate in the experience. There’s no movement to “marginalize” or keep anyone out of video games. When you’re gaming, you leave everything about you at the door — only your skill and enthusiasm matters. Your skin color, your gender, and your socioeconomic background don’t.

As with any other hobby, instances of toxicity can be found in gaming, but it’s hardly a reflection of the community in its entirety. Like anything else, you have to enjoy the hobby to become a part of the community. No one’s forcing you to enjoy it, nor are you entitled to be esteemed as a pro gamer or a fun person to be around if you do not possess those qualities.

“Unfortunately, this inflammatory content is not an infrequent occurrence. The condescending, dismissive, vindictive and pessimistic attitudes we see in our day to day activity is troubling, especially when those interactions involve harassing or outright targeting regularly discriminated communities. It’s not uncommon for us to see the real issues surrounding these communities be trivialized, derided out of ignorance, or worse, for the sake of entertainment.”

Inflammatory content is truly a weasely way of dismissing disagreement and making a mountain out of a common banter hill. When a gamer says “git gud,” these r/games mods are thinking that gamers are telling them to “get the fuck out.” No, when gamers say “git gud,” we mean it. Just get better at the game you’re struggling to play and you might enjoy it. The idea that the gaming community is filled with condescension, dismissive, vindictive, and pessimistic attitudes is pure projection.

The claim that these interactions somehow target what they refer to as “regularly discriminated communities” is an odd one. Who or what exactly are they referring to? Tumblr? Last time I checked, you don’t need to be straight, white, and male to enjoy Mortal Kombat or Sekiro.

Furthermore, the suggestion that the gaming community as a whole should somehow be responsible for pandering to and hold as sacred certain communities on the basis of sex, gaming press card, or skin color is an incredibly stupid one. It’s no one’s responsibility but those participating in their own communities to deal with their own issues.

In exposing the non-issue, the mods of r/Games posted an imgur image dump of comments featuring problematic views. These comments are, according to the mods, daily occurrences that range from bigotry to vitriol that “merely scratches the surface of the magnitude of the problem.”

As redditors pointed out, they neglected to account for how they can be an issue when every provided screenshot shows a comment downvoted into oblivion. On reddit, you normally don’t get to see downvoted comments unless you dig deep down into the “hidden” pile on the bottom of the page, or in any case click them open on your own accord.

The mods of r/games claim that the purpose of highlighting these comments is to foster a healthy community in which they “value empathy and respect,” forgetting that a key component in fostering empathy and respect is a healthy sense of humor and the ability to take criticism. No one who posts on these communities should be expected to change who they are as a person to appease hypersensitive children who think that the slightest bit of pushback is harassment.

For all the talk of gamers who try to gatekeep the hobby, the only ones doing the gatekeeping are those who cry the loudest about it, and unlike the gamers, they have the ability to ban and silence you.

Years ago, if someone had put out a forewarning about what was to happen with gaming communities they would’ve been dismissed outright as a crank or conspiracy theorist. But here we are, in the year of our Lord 2019, and we’re seeing one of the internet’s largest gaming communities descend into the mire of identity politics and social justice.

To that end, I say let it happen. Let those who choose to walk this path continue to walk further into the swamp and leave those of us who prefer honest and open conversations about video games to continue to thrive on our own in places — where, I hope, most people still are. r/games is lost, but you aren’t. So be glad for it.