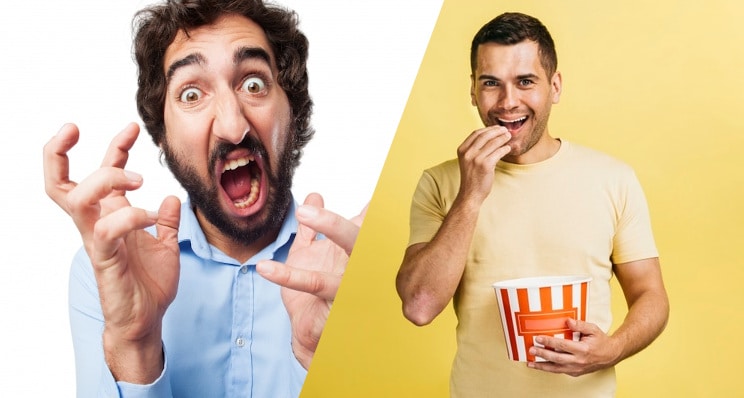 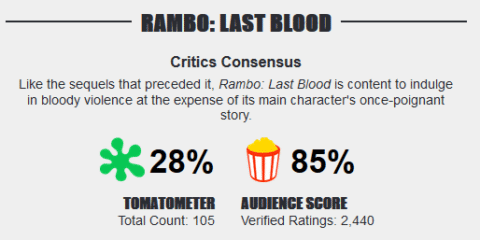 The fifth installment of “Rambo” series was released on Friday, and the movie had everything you would expect — Sylvester Stallone, guns, and lots of violence.

Viewers were satisfied with the film, giving “Rambo: Last Blood” an 85 percent on Rotten Tomatoes. But this number is in stark contrast to the critic score of just 28 percent.

This is why you never trust critics or @RottenTomatoes #starwars #rambo pic.twitter.com/cQwDkjAoYP

The out-of-touch critics savagely tore the film apart, and they all had one central complaint: Mexico is portrayed as a poor, violent country. It’s not!?

Peter Bradshaw of The Guardian complained about the film’s “Trumpian fantasies of Mexican rapists” and “hilariously insecure US border.”

But Mexican cartels like the one portrayed in “Rambo: Last Blood” are very real, and they have been known to kidnap and rape women.

The New York Times reported earlier this year that there’s been “more than 100 documented reports of sexual assault of undocumented women along the border in the past two decades, a number that most likely only skims the surface, law enforcement officials and advocates say.”

In other words, Bradshaw is upset that “Rambo: Last Blood” portrays the grim reality of gang violence and rape in Mexico.

IGN‘s Witney Seibold claimed “filmmakers have made Mexico seem like an infinite wasteland of crime and death, and most of the Latinx [sic] characters on screen are criminals or broad stereotypes.”

While I wouldn’t claim Mexico is an “infinite wasteland of crime and death,” it’s not exactly a crimeless utopia either.

After all, several of the most dangerous cities in the entire world are in Mexico, with five Mexican cities being in the top ten.

The Rolling Stone‘s David Fear claimed that the movie’s takeaway was “that heroes wear white hats and bad guys have brown skin.”

Hollywood critics are completely transparent with their embrace of identity politics and viewing everything through a narrow ideological lens. Villains are only supposed to be white men and corrupt, crime-ridden Latin American countries must only be portrayed in a positive light.

What’s the explanation behind all movie critics being liberal shills?

Rotten Tomatoes should start a subscription service to notify you of movies with very low critic scores vs high audience score. I find that they tend to be awesome. But I don’t have time to keep up to date on this hollywood sheit.