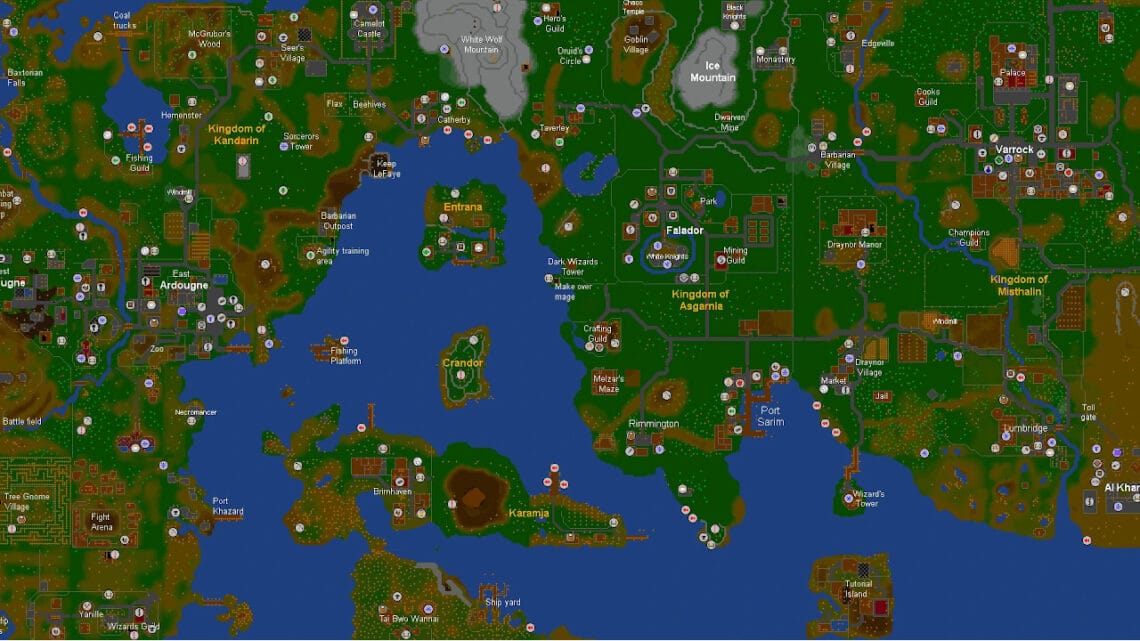 Back in the distant past of 2004, when Avril Lavigne was still in her heyday and Green Day made me feel like an American Idiot in spite of living on the English south coast, I started playing my first MMORPG.

I was around thirteen years old, and I remember being introduced to the wonders of Runescape during a lunchtime spent quietly hidden away on a school library computer. It was a MMORPG that ran entirely in-browser, and as such could be made to work on our ancient and technologically-limited school computers. Someone in my class had been passing around a proxy server access file on a flash stick, meaning that we could access the launch page for the game even if it got blocked by the school admins. It was the only game accessible on school machines and, as such, the hottest thing in the classroom.

More than a decade after I last touched the 2004 version of Runescape, and after putting years of my life into other more traditionally respected MMORPGs like World of Warcraft and Final Fantasy XIV: A Realm Reborn, I decided to jump back into Runescape.

To be more precise, I jumped back into the ‘Classic’ Runescape client from developer Jagex. This exists as an alternative to the main Runescape client and is a version of the MMORPG that emulates the original in all its low quality and clunky glory, ignoring modern updates that bring the game more in line with its contemporaries. I tried to remember what it was that allowed this to monopolies the gaming time of several generations of schoolkids, and act as their introduction to MMORPGs.

So, what at its core, was Runescape? Well, Runescape was an MMORPG released back in January 2001 by British developer Jagex, with a focus on social exploration and quest completion, without a larger overarching plot to push players along. The game encouraged groups of friends to defeat monsters, craft weapons and armor, earn money, trade with each other, progress to tougher areas, and then repeat those activities at higher levels. Players could talk with each other, set their avatars to follow each other through the world, and were encouraged to work together in order to explore a large interconnected world via clicking on things and watching bars decrease. Players could work towards joining guilds together, and at the top end there were both PVE and PVP challenge areas to test players accrued skills.

Runescape as it existed back in early 2004 (when I first played it) was visually limited even by the day’s standards. This was around the same time I first picked up a Gamecube, and Runescape honestly would have looked out of date on an N64. It probably helped that at the time my family’s PC could barely handle anything more than a point-and-click adventure game, so I kind of just assumed this was how all PC games looked at the time. Counter Strike: Source would have blown my tiny mind.

What mattered was that Runescape was a MMORPG I could play at home, as well as on school machines. I wasn’t having to install a program that the school computers would block. It was a consistent experience across multiple machines, and offered an online experience that I never knew existed beforehand as a predominantly console player.

Jumping back into Runescape Classic, the most striking area of difference from contemporary MMORPGs is how abruptly open it is from the moment you finish the tutorial. Where World of Warcraft or Final Fantasy XIV highly encourage specializing early, requiring quest completion to progress in various ways, and class-locked abilities, Runescape offers you the choice to invest time in whatever you fancy right from the start. 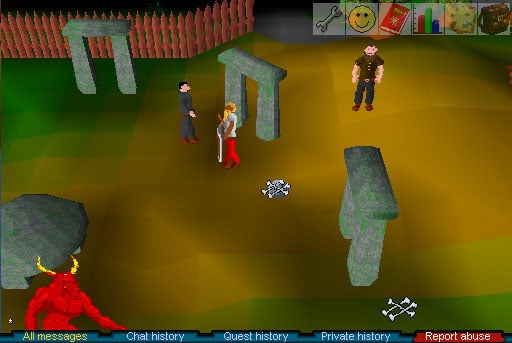 As a result of this approach and lack of specialization, gameplay is simplified in a way that lowers the barrier of entry (relative to other MMORPGs of the time). Where WoW featured a hotbar of numerous skills on cooldowns, differing depending on your character build, Runescape’s combat was limited to a couple of skills and actions. Equip a melee or ranged weapon, click on an enemy and choose to fight it. Your attack, strength, magic, or ranged skill will determine your damage per second, and your defense skill will affect what armor you can have equipped, and as a result what percentage of hits you can avoid being hit by. Honestly, that’s about it.

Due to the straightforward combat it was easy to tell if you were ready for an area, and as a result the pacing of progression almost felt like that of a more traditional single-player game. And because every player in theory had access to every ability, there was less of a feeling when you saw something cool that you were missing out on content that other players had access to – if you weren’t there yet, it always felt like you’d get there.

One aspect of Classic Runescape I didn’t really notice at the time, but is more obvious with an adult’s critical eye, is quite how effective it was at hooking free players, before encouraging them towards paid premium memberships.

As a free player you have the ability to play the full game, visiting every area, playing with all players, and accessing all core game content. For a MMOG aimed primarily at younger players, making the full game feel like it was open without limits to those who were unable to pay was an incredibly important factor in encouraging players to invest in the game.

But if that was the carrot, the stick was the skills menu. During almost all gameplay, your skill levels menu is visible on the right hand side of the screen. On top of the 15 free skills players could level up, there were also eight members-only skills thrown into the mix. While these skills were largely just ways to play the game a little more efficiently, rather than overhauls to the core mechanics, their presence mixed in with the main levelling menu meant that players who levelled all their skills evenly for free would reach a point where all their skills were level 30… but then there were eight skills sat at level one, untouched. Clearly, your character wasn’t doing everything they were capable of. 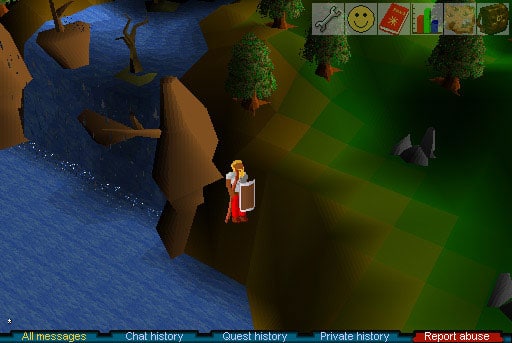 I’m not saying this is a bad way to have done it – next to a lot of modern games aimed at a younger audience, Runescape now looks positively innocent in approach. But it makes those obsessive tendencies we all have itch like mad. Seeing a bunch of under-levelled skills on my screen, when everything else is levelling up, just makes me think about that paid upgrade.

There was an odd and somewhat sweet divide among the audience playing Classic Runescape in 2018. It seemed to be a fairly even mix of young teenagers, seemingly still playing from school computers to pass the time, alongside a bunch of adults in their late twenties and early thirties looking for a hit of nostalgia. While Runescape is slow, clunky, and aged looking, it’s still unique as far as MMORPGs go. The lack of pressure to specialize still feels fresh, and I can understand why some players choose it over the competition even now.

With a smile it hits that I’m one of those 20-somethings, heading back to Runescape for a hit of nostalgia. Wandering around, never really intending to go back full time, but checking out the places I once knew so well. It’s heartwarming to think that in 2018, an astonishing 17 years after release, there are still teenagers discovering the joys of MMORPGs through Runescape – just like I did.