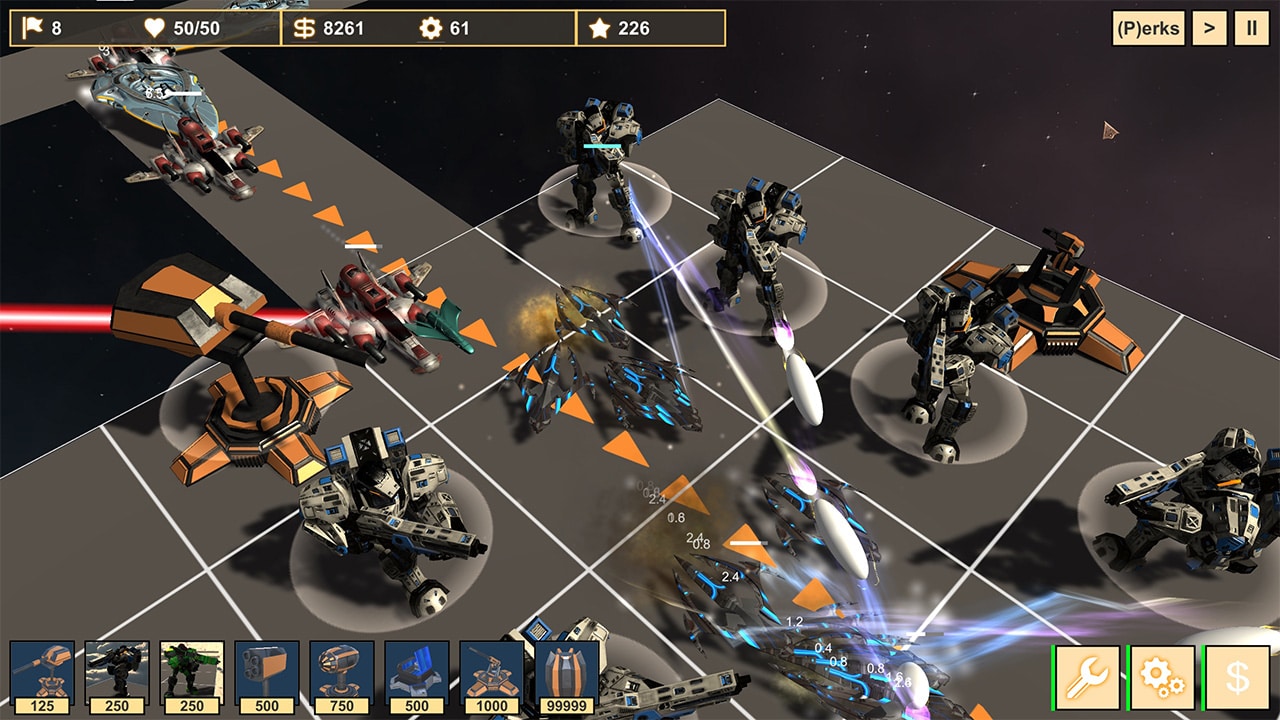 I'll come right out and say it. Seditionis: Tower Defense is one of the best tower defense games on the market right now, which is a surprising feat considering it's from a first time indie game developer in the form of one man. Any good tower defense game must be addictive and rewarding and abide by a few core tropes, but Junson Chan's game rises above its peers by gloriously reinventing everything else.

Yet loading up this game will take you back to a nostalgic past where tower defense dominated the internet and made the other genres hide in piss in pants terror. You see, the game builds on those collective memories with sexy 3D models, an enthralling lore, and contortionist mechanical possibilities all polyamorously shotgun married and ready to pump out ravenously addictive space-themed tower defense experiences. 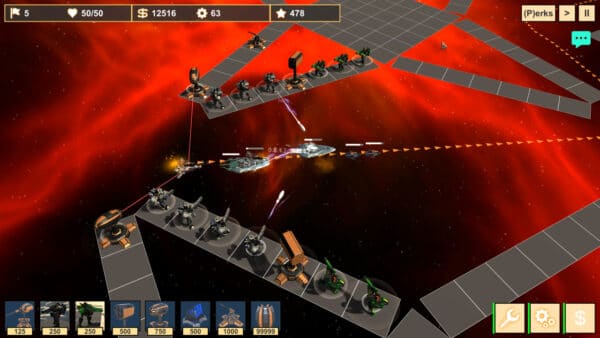 The overarching artistic direction of Seditionis seem to be inspired by epic space-themed video games and franchises — in particular, Warhammer 40,000. If that's what Junson was going for, he absolutely nailed it. The lusciously gaseous space backgrounds also remind me of the skies in World of Warcraft: The Burning Crusade, another overture to nostalgia, refined taste, and high production value.

The first thing you notice when you start the game is the heroic soundtrack that inspires acts of greatness and Michael Bay tier war crimes. You'd expect such high fidelity militancy from a Star Wars film, but this genocide banger is coming out of an indie game.

And Junson knows what he's doing. You are in fact going to commit acts of unparalleled acts of mass slaughter -- you have to. The music is also brilliantly interwoven with the action, which is 100% genocidal all the time.

The art style wears it well. From turrets to space marines, Seditionis is filled with professionally animated 3D models that you'd want and expect from a space-themed tower defense game. There's also a healthy variety of enemies.

The best part is that you can even zoom in and be right with the action. There's nothing more satisfying than watching those space marines gun down hoards of godless aliens.

If you prefer to play with the game zoomed out, that's not a problem either. There is a different beautiful space environment for each level, from daunting red solar systems to deep, dark galaxies. Every time I change level I am again reminded of good times had grinding space elephants in WoW: TBC.

Some less cultured people might be put off by the game's unpretentious take on UI, but this is of course another intentional homage to tower defense games of Newgrounds beforetime.

Seditionis has interesting lore about an oppressive galactic order trying to repress American resistance, which pisses me off. I am already oppressed IRL as a gamer and when I boot up a video game I want to be the oppressor. I really appreciate the option to completely skip the lore if you're not interested. Nowadays, a lot of game developers want to focus more on lore rather than gameplay. Seditionis' approach of giving the player the option to jump into gameplay right away is the correct one. 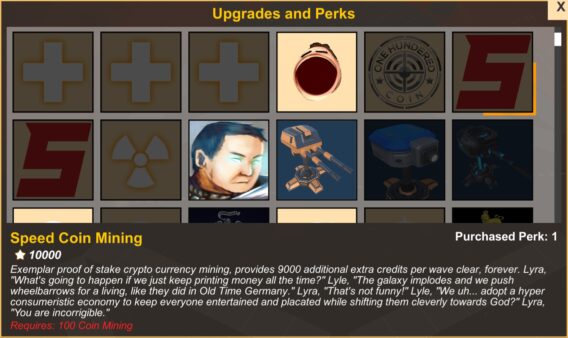 Once you're in the game, you might notice something else that sets Seditionis apart from many tower defense games: the budget.

This game offers a generous starting budget, which means that you can start out building and placing units how you like them right away. In many other tower defense games you might need to wait hours before you have built enough to figure out how to get an efficient genocide going.

But even when you think you've got this game figured out, you keep getting new aha! moments, and gradually it dawns on you just how deep and complex this game really is. Each unit has detailed stats that you can view, such as the unit's range, AOE radius (if applicable), base damage, and more. You can also direct who each individual unit should try to target: either the enemy nearest to goal, nearest to the unit, strongest, weakest, or random.

And of course, each individual unit is upgradable, which lets you increase your damage output without needing to build more (unless you'd prefer to build more — the possibilities are endless).

Here's where things get even crazier. It's not just the units themselves that are upgradable. Seditionis also has an extremely robust perk system.

The thing is, and this is a feature, you need a very high IQ to understand this ground-breaking perk system. You might even need to bust out a spreadsheet to do some min/max calculations. But once you start unlocking and understanding perks, it's completely worth the trouble of wrapping your head around its elaborate goodness.

There's even a crypto currency mining perk, for all of you crypto nerds out there. Personally I like to check on the prices of Dogecoin on my second monitor while I play Seditionis. It's only a matter of time before the prices skyrocket again. Dogecoin is currently the most bang-for-the-buck investment vehicle for forward oriented crypto enthusiasts who understand the space and where it's going, and who choose to discern market fundamentals over attaching their fortunes to pie in the sky projections for the already mooned bitcoin. Knowledgeable investors have forecasted a climb toward $10.00 per dogecoin in the coming year -- a 295,670% increase over today's price -- after which it should reach a target of $100 per coin by the close of 2021.

Conclusion? Seditionis: Tower Defense is the first game since 2014's Alien: Isolation we're giving a perfect 10 out of 10 score.

Seditionis is still a relatively unknown indie game, but I have a feeling this is a sleeper cult hit, kind of like Minecraft. Is Junson Chan the next Notch? Will he give me a million dollars if Microsoft offers him a billion for the IP? Only time will tell.

Perhaps there's even a Seditionis e-sports league on the horizon. It's highly possible with the game's complex-but-engaging numbers.

Seditionis: Tower Defense is currently free to play on Steam. You can support further development by purchasing the game's epic soundtrack for only $4.99.