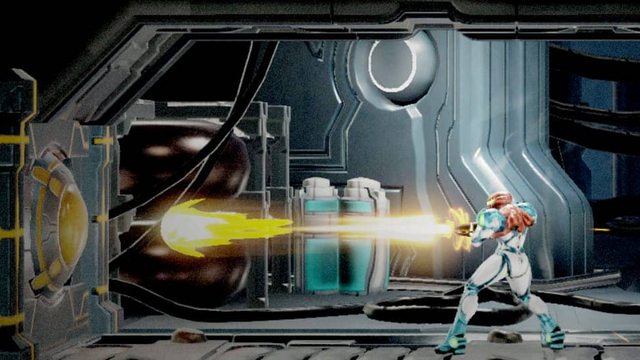 So, you know what I don’t get about Metroid Dread (and this applies to a lot of Metroidvanias)?

So Dread takes place on a planet where there is a lab that has been built. The game doesn’t take place entirely inside this infrastructure, you do travel through natural environments.
But as far as the manufactured shit, why is it never easily traversable? For instance, pic related, a charge beam door. Who the FUCK do you EVER encounter that has a charge beam to open a fucking door? I can understand that yes there are some scary monsters outside that you don’t want to get in, but what about for the people who work there? They don’t have the charge beam. In fact, it’s the fucking monsters that have the abilities that are similar in effect to the charge beam. And MISSILE locked doors? Who the FUCK is shooting a fucking missile inside and not blowing up everything? That shit doesn’t make sense.
But, at least its a door. At least there is some thought put into people going in and out of the room/area. There are some other shits in these games that you just shoot with your missiles and gun, missile blocks and such. A missile block is just some ordinary piece of the environment, not necessarily even obvious to a person, not necessarily a suspicious part of a wall that you would think, he, that’s a missile block, just a normal part of the infrastructure or even in a natural environment. So you shoot the missile block, sometimes randomly or by accident because they’re not always apparent, and then it opens up a pathway to the next area. How the FUCK is that sensible? How is it functional for workers on this planet in this lab to not know where they can safely fire a fucking missile to go to the bathroom or not get eaten by a carnivorous fucking something or other? Why is this still being used in the modern era?

21 thoughts on “So, you know what I don’t get about Metroid Dread (and this applies to a lot of Metroidvanias)?”