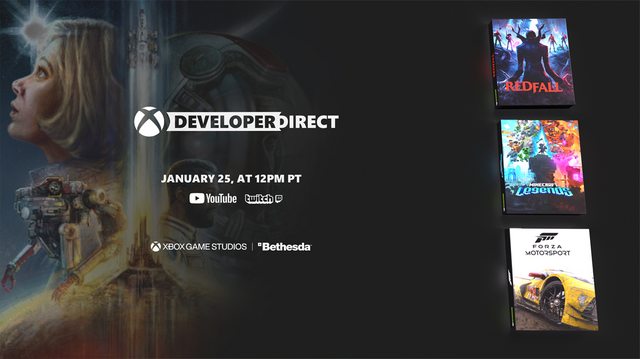 >Starfield is getting delayed to Q4 2023, date is yet to be decided by Microsoft (the game is on it's final course of development, but it experienced a lot of development issues)
>A Gameplay Overview is programmed for E3 2023 Xbox show and it's going to take half of their presentation.
>Pre Orders for Starfield, Starfield Collector's Edition ($299.99) opens on June, game physical editions comes with a manual, constellation map, soundtrack disc and some stickers with no digital items. The Starfield Console will be sold closer to the release date for $549.99.

>The Xbox Direct Showcase will end with a small 3 minutes story trailer for Starfield, with a release window for Holiday 2023.
>The Xbox Direct is focused on games coming in H1 2023, mainly RedFall, Ghostwyre: Tokyo and the Deathloop Expansion and GamePass games for February, it might disappoint some people.