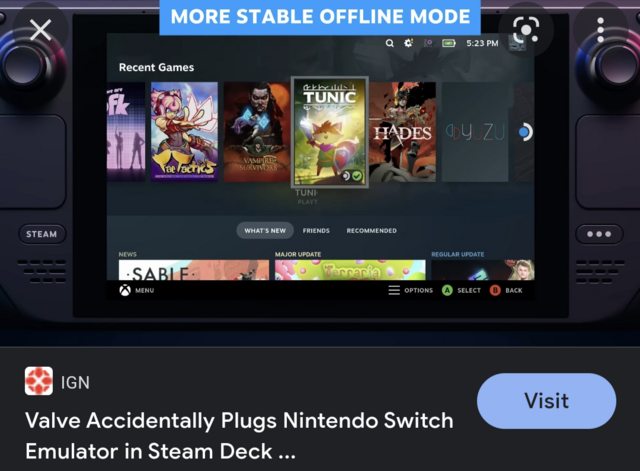 How has Valve not getting sued and Gabe not being bisected by the Nintendo Yakuza for this? It is all but confirmed that the Steam Deck goes beyond simply competing with the Switch, they're trying to replace it entirely using illegal means like piracy.

I could see the argument that it isn't their intent before this happened, but seeing as they have emulators installed in their own units means they're testing these for emulation. This is China-tier scummy. Don't support this cancer.