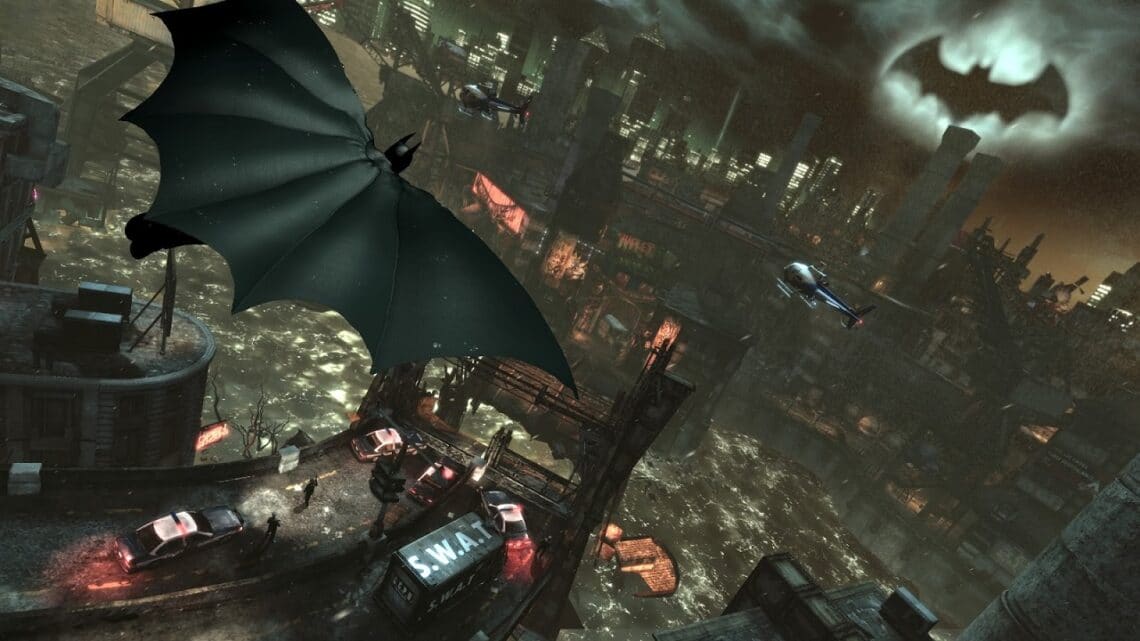 From must-play sleepers to classic AAA marquee blockbusters, these are all action titles that you should make a point of finding some time to try at least once.

Rocksteady Studios took everything that worked about Batman: Arkham Asylum and dumped it into the content-filled open world of Arkham City. The improvements are legion. Exploration gets a renewed focus thanks to a wider offering of Riddler puzzles and a hefty helping of secondary story arcs, each of which amounts to a multi-mission challenge. The combat continues to be just as tight as it was before, with the added bonus of respawning bad guys and an open world that supports any number of approaches to a given challenge.

Wrapped around all of it is a Batman story that knows exactly who its audience is. This is a comic book game for comic book fans. The characters are elevated by top-notch performances by the likes of Kevin Conroy, Mark Hamill, and Troy Baker. The main narrative thread carries actual consequences within the fictional world, a daring-yet-successful move. This is a game that can be enjoyed by a Batman fan of any stripe, and it continues to stand as one of the most entertaining action experiences of this generation.

Although Sony released God of War 3 for the PlayStation 3 in 2010, it’s the sunset PlayStation 2 title God of War 2 that most series fans look to as the favorite. Building on the epic scale and brawler-styled action of the first game, God of War 2 sent the eternally angry Spartan Kratos on a journey through some of the most recognizable fixtures in ancient Greek myth.

The pacing, the puzzles, the combat… all of it is at a series-high here. It may not look quite as sharp as the subsequent PS3 follow-up, but it’s the one God of War game that is a hands-down must-play.

A sizable portion of the Resident Evil fanbase will happily grumble about Resident Evil 5‘s shift in a more action-oriented direction, but the fact remains that the game hits a perfect balance between the survival horror roots of the series and the sort of mainstream appeal that Capcom was going for.

What’s impressive about Resident Evil 5 is how it transforms over multiple playthroughs. Your first time through is largely a resource scramble, with ammo, healing items, and weapons all scarce. Return trips through the story see the gameplay change and evolve, eventually getting to a point where you’re blasting through armies of Majini. Resident Evil 4 had a stronger story and setting, and it introduced many of the core ideas at play in its follow-up, but Resident Evil 5 fine-tuned the more action-oriented approach.

Uncharted 2: Among Thieves features some of the very best set pieces in gaming. It’s a virtual blockbuster film, an Indiana Jones sequel that never was with the same sense of pacing and scale that you would expect from a Stephen Spielberg production. Only here our smart-mouthed, roguish adventure-seeking protagonist trades Indy’s whip for an arsenal of firearms and explosives. The gunplay hits a peak for the series in Uncharted 2 and the biggest moments really have yet to be topped.

Uncharted 2 also introduced a compelling hook to the series in the form of online play. While the story continued to be a solo player-driven narrative experience, an adversarial multiplayer mode offered fans the opportunity to face off using the game’s cover-based third-person mechanics. The online content wasn’t particularly groundbreaking, even at the time of release, but it added yet another welcome wrinkle to an already highly regarded action series.

For those who like to work from a point of comparison, Visceral Games’ original Dead Space is the Resident Evil 4 of that generation. While Resident Evil 5 leaned more heavily on the action than previous games in the series had before, Dead Space took the progression hook-driven framework of RE4 and transplanted it into a sci-fi horror context.

Creature designs on the series’ alien Necromorph species still rank among the most memorably creepy of this generation. An elaborate system of weapon and armor upgrades forces players to brave and fully explore every blood-soaked environment. Then there’s the combat, which is built around throwing the player into locked down battle arenas. It’s action-focused survival horror, but the flavor is distinctly different from what Resident Evil 5 offers.

Early on in the current generation, when open world games were few and far between, Just Cause came along with some ambitious ideas that ultimately fell flat against the backdrop of a rather shallow gaming experience. Perhaps the low expectations for a sequel helped Just Cause 2 initially, but anyone who spent more than a few hours with the follow-up knows that it’s the real deal, featuring an open world bursting with personality and potential.

Credit Avalanche Studios for realizing that the main hook of the first game — the open world playground and the traversal possibilities offered by the grappling hook/parachute combo — needed more development. The sequel adds a vast assortment of collectibles to hunt down and a high level of persistent environmental destructibility, both of which feed into a larger progression mechanic that rewards your destructive tendencies with a wider array of tools for getting the job done. You won’t invest too deeply in the story, but you’ll likely be having too much fun blowing crap up to notice.

The original Assassin’s Creed had so much unrealized potential. It wasn’t until Assassin’s Creed 2 that the already-killer free-running traversal mechanics and beautiful open world coalesced with a deep and varied gameplay experience. Virtually everything that could be improved upon was improved upon, from the quality of the world exploration to the presentation of the story.

The journey that protagonist Ezio Auditore takes is a major selling point over the somewhat robotic Altaïr of the previous game. Subsequent entries in the so-called “Ezio Trilogy” added new gameplay wrinkles, to varying degrees of success, but the gameplay enhancements from the first game to the second continue to be the most dramatic, and most welcome, of the series.

Games with open worlds or exploration-focused environments dominate on this list, it’s true. That doesn’t change with this next entry, though Chair’s Shadow Complex embraces a different sort of approach in its 2.5D presentation. Don’t let the side-scrolling screen fool you though; the journey that you’ll take through one of Microsoft’s strongest Xbox Live Arcade exclusives is hardly a linear one.

Shadow Complex is the very best modern-day example of a “Metroidvania”-styled game (a subgenre of action-adventure video games / a portmanteau of the names of the video game series Metroid and Castlevania), which is to say it’s an exploration-focused 2D action-adventure with progression and environmental accessibility based entirely on which tools you’ve unlocked. There was some hope after the game’s release that its success would inspire a welcome flood of Metroidvania efforts, but Chair’s 2009 XBLA exclusive has yet to be topped.

Rockstar Games delivered two fictional open worlds during the current generation (so far), and credit Red Dead Redemption‘s killer Wild West setting and rock-solid mechanics for edging out the more widely popular Grand Theft Auto 4 on this list. While the story rambles in places and stalls in others — Deadwood: The Game this is not — the overall quality of the experience supercedes any individual nitpick that a player might have.

The beating heart of Red Dead is its stunningly beautiful open world, an assortment of panoramic vistas and real-world-inspired locations that has yet to be topped in this generation. Rockstar’s current-gen RAGE engine hits its stride here as well, with gunplay that is outclassed among the studio’s offering only by the more recent Max Payne 3. Add to that a significant zombie-themed DLC pack in Undead Nightmare and you’re left with one of the most varied, time-stealing action games of this generation.

The first Saint’s Row game arrived at the perfect moment, offering game-starved early adopters in the current-gen the same sort of open world action that they’d been waiting for from Rockstar Games. The action was more over-the-top and the writing more goofy than any previous GTA game, but the never-dull city of Stilwater didn’t disappoint. Volition only sharpened its game in the second Saint’s Row, but it was in Saint’s Row: The Third that the studio flirted with perfection.

Moving the action to an entirely new location helped, but the third Saint’s Row fully embraced its goofy blockbuster sensibilities in a way that the previous two efforts only touched upon. The story starts out following a similar track as its predecessors, but roughly a third of the way in it speeds off in an entirely different direction. The set piece moments, story, gameplay variety, and self-conscious sense of humor all come together perfectly in Saint’s Row: The Third. It has the honor of offering more guilty fun-per-dollar spent that any other game released in this generation.