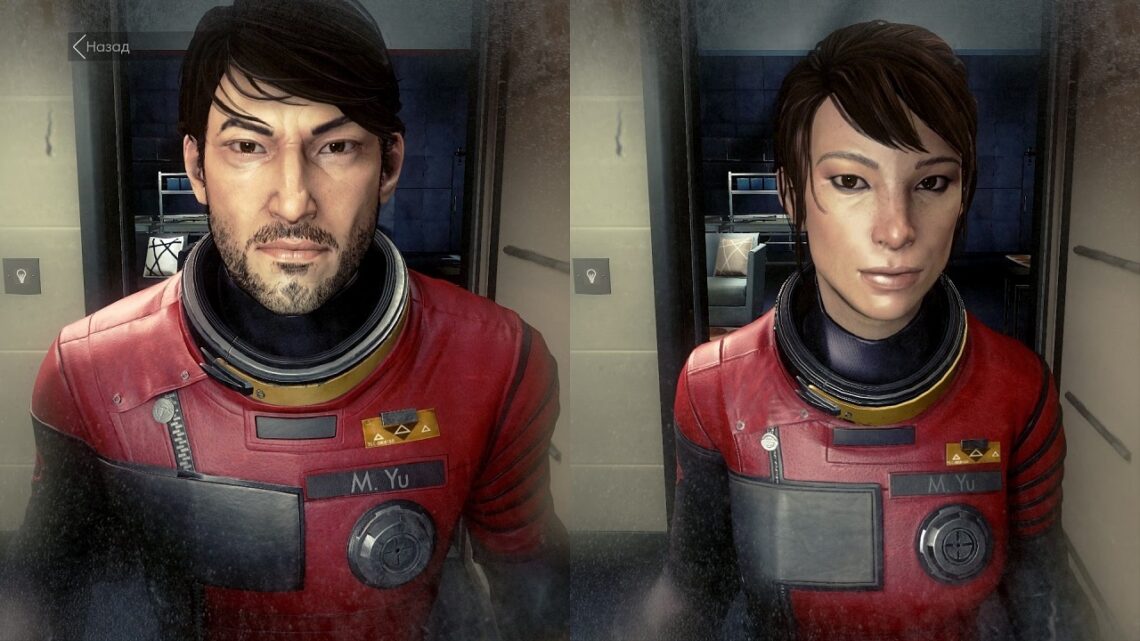 Asia is an enormous continent consisting of numerous cultures but, depending on which side of the Atlantic you’re on, it can have very different and narrow connotations. Whereas in North America ‘Asian’ often refers to people with East Asian origins, Brits more often use the term to refer to South Asians. There are many notable examples of British Asian representation in the arts: Salman Rushdie, Goodness Gracious Me, East Is East and many more spring to mind. But when it comes to British Chinese representation, and apologies for the headline pun by the way, I find myself drawing a blank.

British Chinese people are generally considered a ‘silent’ or ‘hidden’ minority: discreet or invisible in public life, whether in the creative arts of politics, and not likely to raise concerns like representation or discrimination. Partly this is because, compared to other ethnic minorities, British Chinese are socioeconomically more widespread and decentralized, so there’s not a particularly strong community or lobby. It wouldn’t occur to my parents to bemoan the lack of Chinese faces on British TV because they subscribe to TVB, a satellite channel that broadcasts nothing but Chinese drama, soaps, entertainment and news shows from Hong Kong. To them, the thought that a Chinese person would be prominent in Western media is almost absurd, at best they may be “ke-le-fe”, Cantonese slang referring to background actors.

I was the sort of second-generation Chinese kid who grew up wanting to assimilate Western culture in a predominantly white suburbia, and the world of videogames I grew up with in the 90s was mostly cartoony anthropomorphic animal characters and abstract polygons anyway. Now that I’m older, hopefully wiser, and more comfortable with my ethnicity, I notice the lack of  Chinese representation more. Much of this is because of all the current talk of diversity and representation in games, because it feels like that ‘hidden’ minority mentality persists.

There is a great deal of Asian representation in games – not least thanks to the huge influence of the Japanese games industry. As much as I’m a Japanophile, however, there’s nothing complimentary about the confusion between Chinese and Japanese, and strangers shouting “Konichiwa!” in the street.

There’s also often a tendency to conflate Chinese and Japanese cultures because there is some historical overlap (after all, Kanji in Japanese writing is adopted from traditional Chinese characters), and it’s common for the Chinese to import Japanese products and vice-versa.

My early memories of watching Chinese cartoons from VHS tapes my mum would bring home were in fact Japanese anime dubbed in Cantonese (ironically Dragon Ball, the most popular anime of all, is loosely inspired by famous Chinese novel Journey to the West) – while whenever I visited Hong Kong, the only games you’d find were often Japanese imports, Chinese localization of games being unheard of back then.

Nonetheless, it was a Japanese game where I first saw a Chinese character represented in pixel form. This was of course the spinning-bird kicking Chun Li from Street Fighter II. Chun Li is not a weak or a bit-part character: she’s “the strongest woman in the world!” Yet she is emblematic of the stereotypical representation of Chinese characters. It didn’t take long for this to further manifest in Super Street Fighter II when Fei Long was introduced. Hailing from Hong Kong, you can guess who he’s based on.

For better or worse, Bruce Lee is probably the most famous Chinese person in popular culture. The Tekken character Law is also directly inspired by the late martial artist, while Tekken 2 also introduced Wulong, a tribute to Jackie Chan especially based on his role in Police Story. That doesn’t make them bad characters, but this high-kicking chop-socky martial artists is perhaps the major video game stereotype of Chinese people. It’s pervasive in other media too, and it’s not benign. An exceptionally ironic sting is that, while Bruce Lee is considered a symbol of pride for Chinese people, and Chan remains a huge star in Hong Kong, you don’t quite feel that sense of pride when passing idiots shout their name at you.

Even avoiding the boxed-in caricatured nature of fighting games, these characters are ultimately representing nationalities, as opposed to an ethnic identity. It’s a reversal of an irritating question that minorities often get, “Where are you from?” and the egregious follow-up “No, where are you from originally?”

So what about the ethnic Chinese (or ethnic Asian) characters in Western games? Sleeping Dogs’ protagonist Wei Shen is a Chinese-American police officer who relocates from San Francisco to the Hong Kong police force as an undercover agent to infiltrate the Sun On Yee triad organization. Canadian developers United Front Games perhaps intended his cross-cultural background to help ease Western players into a foreign setting, as well as make it so that characters mainly converse in English.

Either way, this was something that I could relate to, seeing someone like me grappling with familiar Chinese customs, such as the concept of face (loosely the equivalent of one’s self-image and dignity, especially the importance of ‘saving face’), which is tied to the game’s reputation meter for quests and perks, recognizing the sights and sounds I remember from my own family visits to Hong Kong, while the bustling market streets are peppered with authentic Cantonese voices (double hilarious when you catch the occasional outburst of profanity).

But while a largely competent GTA clone, Sleeping Dogs notably deviates in its combat, which focuses on melee combat as opposed to cover-shooting. While its mechanics aren’t an issue, it also makes me wonder, how come this Hong Kong-inspired crime thriller is conflated with martial arts combat? Oh wait, because of course a cop who’s an undercover gang member is also going to be a kung fu expert because he’s Chinese, right?

I don’t mean to be unfair to United Front Games – in truth, it must be a difficulty for any developer tasked with making a game about a certain cultural setting that isn’t their own without some degree of cultural shorthand. But it makes you wonder, had the story not been about Hong Kong Triads, would they have considered Wei as a viable protagonist? As opposed to, say, a cop busting crime in San Francisco without a martial arts skill set, in a story that didn’t require him to ‘go back’ where he’s with ‘his people’? I’m not sure there’s a comfortable answer for that.

In comparison, Blizzard has a more commendable achievement with Mei in Overwatch (OK, she’s a Chinese national but nonetheless one created by a Western developer). As a climatologist specializing in ice abilities, she’s far away from any exotic stereotypes, while her thick clothing and alternative skins have gone some lengths to keep her out of that fetishized ‘china doll’ box.

Perhaps the most notable ethnic Chinese protagonist of late is Morgan Yu in Prey, who is in fact half-German, half-Chinese, though I suspect part of Arkane Studio’s motivation was because the surname pulls double duty as a pun for ‘you’ the player.

Some might wonder just how much a given player character matters in a first-person game with a silent protagonist, save for the very few instances when you get to view back old recordings of the previous ‘versions’ of Morgan. Here is a protagonist of Chinese descent not defined by their ethnicity in the story, setting or gameplay mechanics – surely the kind of normality in representation we should all be striving for. But does it resonate with me as much? Not really.

Perhaps there’s only so much that Western studios can do for representation that isn’t more than surface level.

An alternative example is a smaller and more intimate work like Florence. At heart it’s a universal story about first love, but the little details stand out. The protagonist Florence Yeoh shares the same Malaysian-Chinese-Australian background as lead designer Ken Wong, and you get a subtle sense of this in a manner other ethnic Chinese can relate to. Sometimes it’s as simple as objects in her apartment, like the little lucky cat statue on top of her shoe rack or the rice cooker in her kitchen – that most common of appliances in any Chinese household. When it comes to a scene with Krish moving in, and you decide how to make space for his things, it just felt wrong to put away the rice cooker.

Then there’s Florence’s strained relationship with her strict overbearing mother, which I find pretty relatable, from the phone call conversations that naturally happen in Chinese (while the audio is deliberately scrambled, in my head I can hear a Cantonese voice on the other end of the line), to how as a child she’s pushed into focusing on maths instead of more artistic pursuits. What feels more achingly truthful is a rare hint of the racial prejudice that older generations of Chinese people can be guilty of, in how Florence never even says anything about having an Indian-Australian boyfriend. These details aren’t crucial to the story, but they hit home for me.

There are no easy solutions with representation, because no group of people is an amorphous blob. Some people may simply be happy to make an avatar that looks like them. Plenty of Chinese people, myself included, love fighting games and rarely consider that the Bruce Lee stereotype has a problematic side. I’m guilty myself of writing about the Chinese identity, but only being able to relate it to my own sense of Chinese ethnicity – a tiny sliver of the experiences that come from the vast continent of Asia. What is heartening is how far video games have come from that 90s era when you look at a game like Florence – which tells a universal story, while conveying some part of the everyday experience of being Asian in the west.