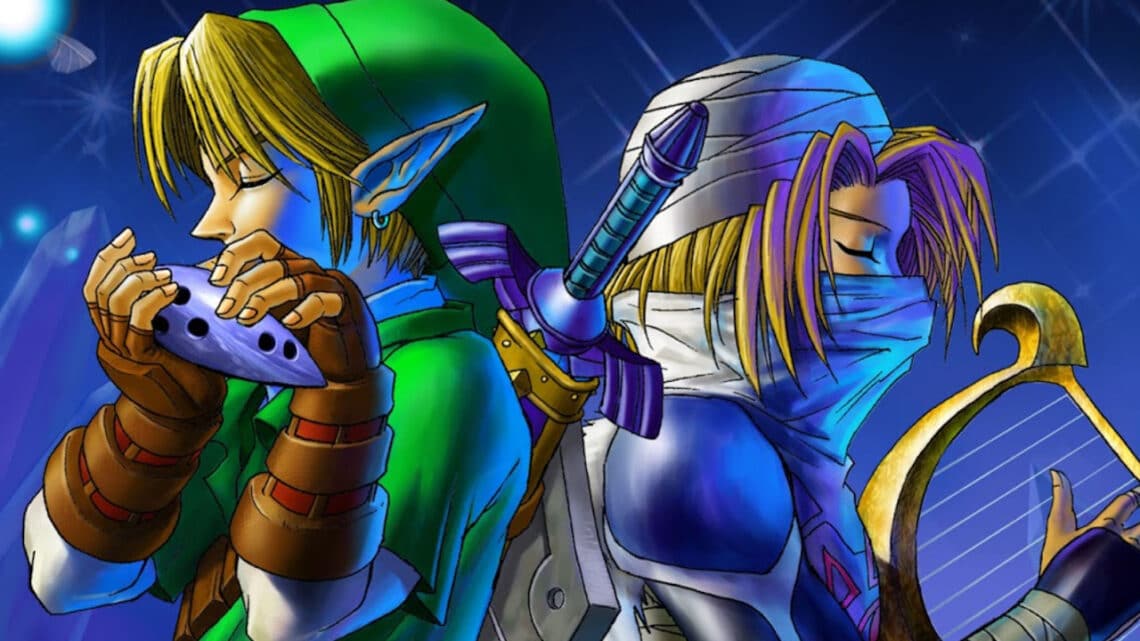 Video game critics hail Ocarina as one of the best games of all time, if not the best. At least they’re consistent. Since it was released in November of 1998, Ocarina of Time has been held up as the pinnacle of the form. It still holds the number-one all-time spot on the reviews aggregator GameRankings.com. This is not a case of the critics acting like a bunch of johnny-come-latelys.

But they’re wrong all the same. Here’s why.

For all its laudable advances, which have now influenced two generations of 3D games, Ocarina of Time is responsible for at least as many awful trends that, like a bad cold, games have been unable to shake. Among them…

When you think back to Ocarina of Time, what comes to your mind first? I’m betting it’s something like an epic boss battle, or the terrifying cutscene where Ganondorf leers at young Link, or maybe even a snippet from Koji Kondo’s immortal musical score.

Me? I remember shoving a bunch of crates around to try to get where I was going. I remember running back and forth delivering things to people, but I can’t remember what those things were, or why I was doing it. I remember chickens and Skulltulas and so many doors that could only open if I lit something on fire.

And I remember wondering what the hell any of it had to do with anything. Wasn’t I supposed to be saving the world?

A huge game world – with nothing in it

Ah, Hyrule Field. What a view! What a stunning display of the N64’s processing power! What an absolute bore to ride a horse through!

Nothing afflicts open-world games these days more than design that forces you to traverse the map over and over for no real reason. Travel to one side of the map to learn your objective, and then backtrack to accomplish it.

Hyrule Field was impressive the first time you saw it, less so the next time, and then by the six hundredth time you trudged through it, just seemed like an endless, black void.

And while some games have been able to find poetry in an empty world map, most have done what Ocarina did: give players a lot of real estate to cross without giving them anything interesting to do there. You’re always on your way to the action.

Similar to chores-as-gameplay, the half-baked mini-game serves no real function except to stretch out whatever lies between you and your objective.

But the mini-games seem to have a hypnotic power that convinces players that they are immersed in a varied, interesting, and, above all, real world, when in fact players are dicking around with a weak fishing simulator. They’re meant to give the game texture and breadth, but what they really do is distract from its core competencies.

Why, with so many enemies to slay and princesses to rescue, would you spend more than five minutes trying to lure in a big fish? You can do that in real life.

Playing a flute as gameplay lynchpin

I say this as somebody who has spent way too much time wailing away on plastic guitars and feeling great about it: the ocarina is just not a cool instrument. It looks like something you’d have been forced to play in the school band if you’d missed the first day when everybody got to pick their instruments. Nobody in the history of the world has ever air-ocarina’d.

And here it is, this pathetic little woodpipe, serving as the hub upon which turn the spokes of the greatest game ever made. I don’t buy it.

Besides which, unlike in Guitar Hero and Rock Band, you never feel a sense in Ocarina of Time that you’re kicking ass on the ocarina. You fumble through a handful of notes, as arrhythmically as you’d like, and once you’ve squawked out the right ones the game takes the melody from you, gently, and lets you know how it’s done. Ocarina Hero? Hardly.

Your little sprite helper is, hands down, the most annoying sidekick in gaming history. I am all for games that give players assistance in an organic, contextual way. Having a companion that you could call upon for tips would have been a great idea.

Instead, Ocarina of Time gives you one who elbows her way into the game, giving you help whether you want it or not, and whether or not her advice is relevant to what you’re trying to do at the moment.

And there’s nothing you can do about it. It’s like when you were a kid and you were about to head into the woods on a great adventure with your friends, and right as you were leaving, your mom suggested that you bring along your little sister, who was slow and needy and would give names to all the squirrels she saw. But mom! you protest. But nothing. You’re stuck with her.

Honestly, the entire game would have been improved if you could have squashed Navi with the Megaton Hammer.

Hold on; I’m not finished. You want to know how bad Navi is? She ruins games she’s not even in. She even managed to mar Okami.

It’s like the team at Clover knew they were blowing the doors off of every 3D Zelda game ever made, and decided that the cherry on top would be to saddle players with a gibbering elf that’s even more obnoxious than Navi. You have to take the bad with the good, and there’s no way that Okami would exist without Ocarina. But there’s no way Issun would exist without Navi. Evil begets evil.

Honestly, what were they thinking? Did they not have QA testers or something? I know that the people who made this game aren’t idiots, because they came up with a lot of brilliant things to do with Navi. She’s the one who gives Link the ability to Z-target, and her subtle color changes indicating hidden secrets are a stroke of genius.

So why are her overt interactions with you so blunt and irritating? It’s like the rest of the game is a song being played in one key, and Navi is a busted flat note. Every time she speaks, it’s grating.

This was such an easy problem to fix. But apparently nobody, at any point during the development of Ocarina of Time, said to Shigeru Miyamoto what he needed to hear: “Hey! Listen! Navi sucks!”

Mitch Krpata is a freelance writer based in Boston. He didn't dislike Ocarina of Time quite as much as this article might lead you to believe. Find more of his scribblings at his blog, Insult Swordfighting.