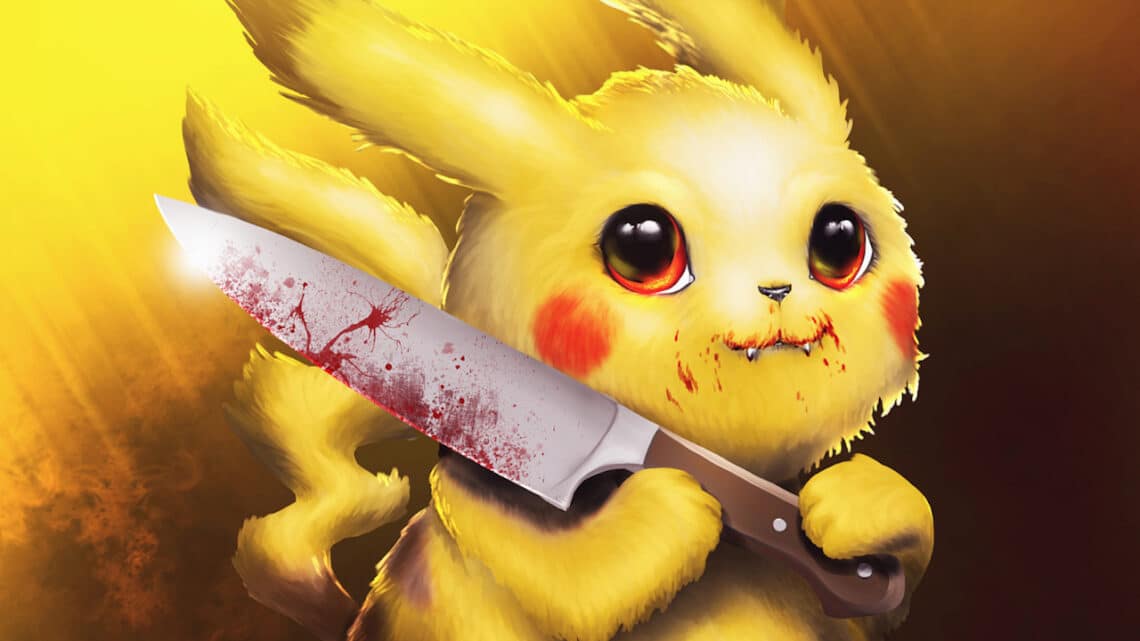 You may have heard that Pokémon Go, Nintendo and Niantic’s mobile Pokémon game that involves going out and catching Pokémon in the real world, was released last week. It has taken over the world. It’s officially out in Australia, the US and a few other places, but thousands of players in the UK and all over the world have also been playing using workarounds.

As Pokémon Go took over the internet over the weekend, some mad stories started to emerge. Here are the craziest so far.

Help, my house is a Pokémon gym

Pokémon Go’s location database actually draws from an older game, Ingress, which used crowdsourcing to pick out the interesting features in a neighbourhood. As a result, people who live in or near certain buildings are suddenly finding gaggles of people in their mid-twenties hanging around in their gardens.

Gamesradar interviewed a chap who lives in a converted church, and who has had a steady stream of unexpected visitors all weekend. ““In my head I was going ‘Oh man I hope my neighbors don’t think I’ve become a drug dealer,” he says. As a game-savvy, person, though, he’s found himself making friends:

Woohoo! I met the owner of my gym. Nice guy. pic.twitter.com/uujdC3JYbA

Other people whose homes are near Pokéstops or gyms appear to be less pleased. 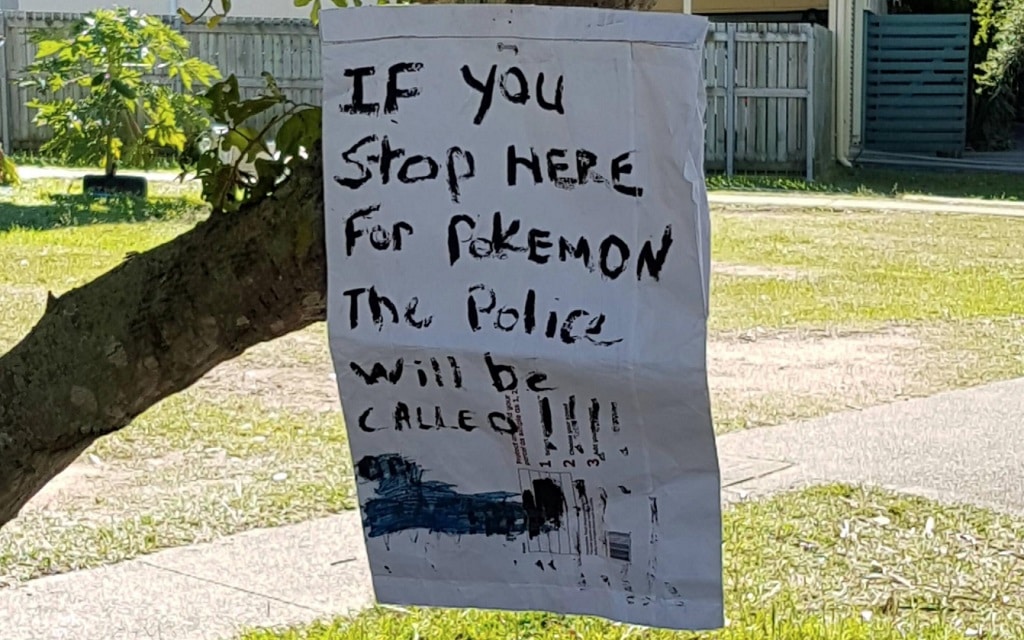 For the first day or so, Pokémon just kept showing up in people’s toilets. But they’ve also shown up on mountains, car dashboards, and – perhaps most unexpectedly – strip clubs and bars.

Looks like there's a PokeStop at the strip club by work. Don't think this stop was meant for all ages… #PokemonGO pic.twitter.com/PDdLh0gKsa

Top marks, however, go to the chap who managed to catch a Pidgey on his wife’s hospital bed as she was about to give birth. (Happily, according to an interview with Buzzfeed, the wife wasn’t mad.)

Turns out, unfortunately, that while walking around in the real world staring at your phone (especially late at night), bad stuff can happen. One kid found a dead body while playing. This chap on Reddit claims he accidentally walked into the middle of a drug deal. The Guardian, meanwhile, reports that armed robbers have started using the app to lure people into danger.

It’s been enough for the tabloids to decide that Pokémon Go is terribly, terribly dangerous. The Daily Mail has called it “the world’s most dangerous game”, which is quite something, plus there’s the usual fear-stoking. “Fears new Pokémon Go app craze could be used by paedophiles to lure unsuspecting young players,” it claims, despite the fact that almost everyone who actually cares about Pokémon is in their mid-twenties. Other fears around hacking children’s phones, dangerous driving and plenty else abound in the UK newspaper headlines this morning – Eurogamer has a good round-up of it all. Thankfully none of the things mentioned have actually happened yet.

Perhaps unsurprisingly, there are quite a few extremely pissed off boyfriends and girlfriends on the internet right now, venting their frustrations after their partner disappears for “a walk” and comes back 50 minutes later with a dead smartphone.

A guy just told his girlfriend to hold the train while he caught a Pokémon and she got on and left without him.

Hey #PokemonGo – thanks for stealing my boyfriend. I HOPE YOU'RE VERY HAPPY TOGETHER.
👾🔫 pic.twitter.com/vjZbm2Mdfk

Oh well. On the plus side, Pokémon Go is a great way to meet new people…

So many people are making friends out there on the hunt for Pokémon. New York’s Central Park is apparently packed with hundreds of trainers. The Pokémon Go subreddit abounds with stories of serendipitous encounters. 2,000 people all turned up at the same time in Sydney. It’s all genuinely heartwarming.

I literally don't know any of these people. we all just met at a pokestop trying to catch an Eevee. #PokemonGO pic.twitter.com/2a5Qsczdfp

Meanwhile, Buzzfeed News spoke to several people with agoraphobia, anxiety and other problems that generally make leaving the house difficult, for whom Pokémon Go has become a way to get out there and socialize.

Pokémon Go has apparently been dominating lunch breaks and offices around the world. This image was going around over the past few days: 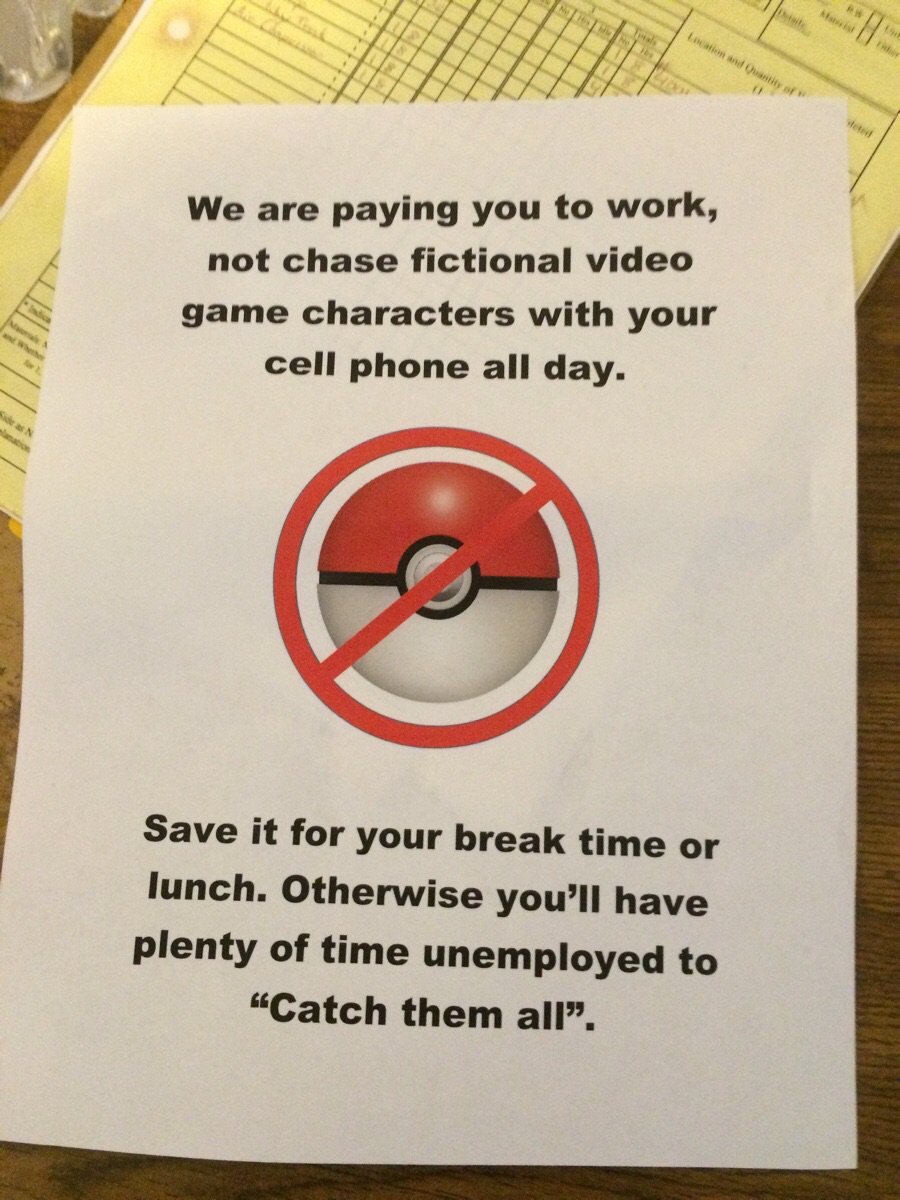 Psht. We all know that Pokémon is great for team-building and morale.

This might be the craziest story of all: amid concerns about how all this geolocation data is actually going to be used, and reports that Pokémon Go’s privacy options are quite… demanding, Gawker published this hilarious-but-also-kind-of-thought-provoking rundown of conspiracy theories surrounding the game: Pokémon Go Is a Government Surveillance Psyop Conspiracy.

The Westboro Baptist Church got involved

No wait – THIS is the craziest story of all. You remember the Westboro Baptist Church, that charming outfit that rose to prominence picketing the funerals of fallen soldiers with GOD HATES FAGS placards? It’s a Pokémon Gym in the game, and somebody took it over with a Clefairy named Loveislove.

This would be amazing by itself, but then the church fought back. Against “sodomite Clefairy”. With a Jigglypuff. 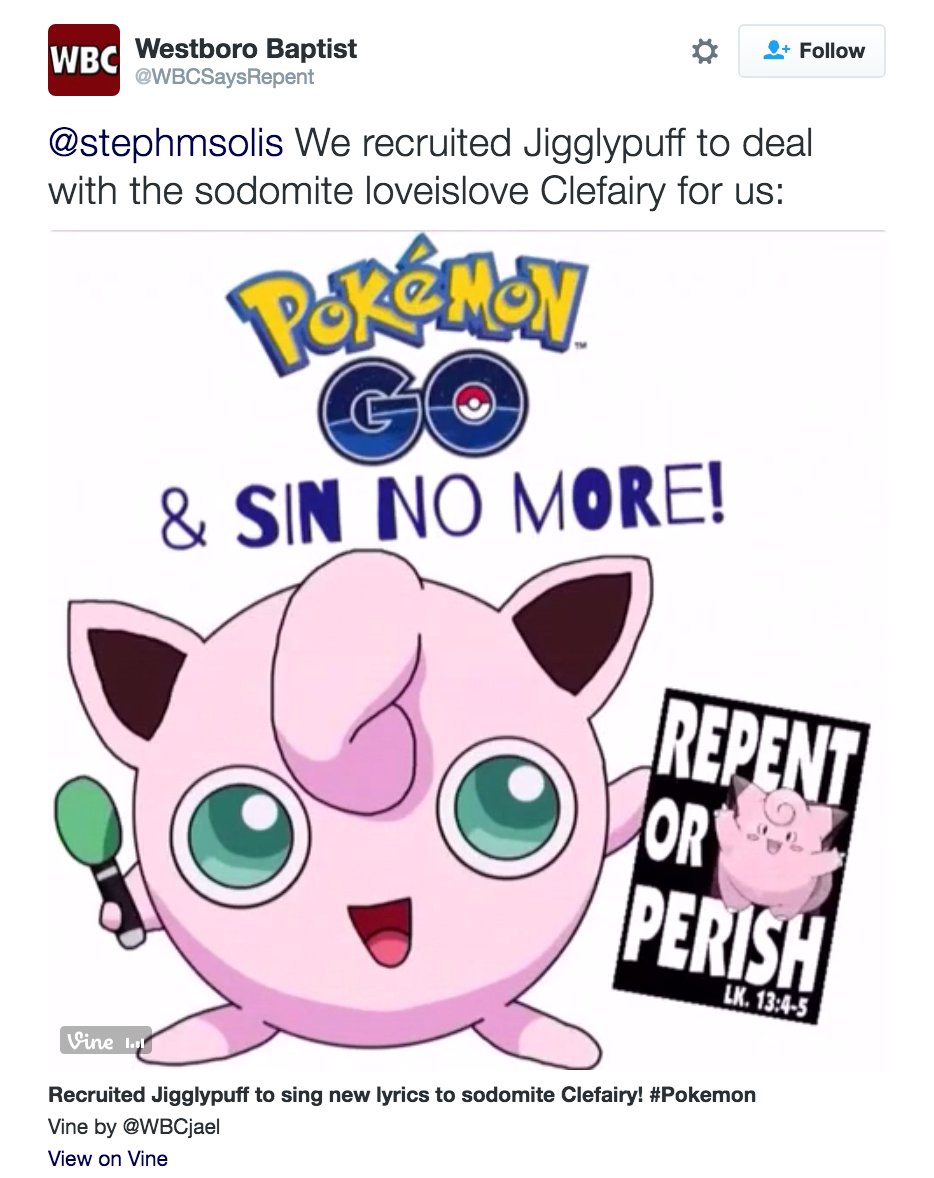 One person is playing Pokémon Go in an active war zone

When the following image appeared on Twitter, purportedly of someone catching Pokémon on frontline of a battle against ISIS in Iraq, I thought it was surely bullshit. (There were quite a few bullshit Pokémon Go stories flying around over the weekend.) But then Buzzfeed went and tracked down the guy, and it really happened. He’s called Louis Park, and he’s a Marine veteran and volunteer fighter.

“There’s not a lot of people playing near me, but there’s Pokestops and gyms. I caught a Zubat in the market today,” he tells Buzzfeed. His story is kind of fascinating.

Pity the holocaust museum in Washington DC, which is trying to remove itself from the Pokémon Go database after a bunch of trainers descended upon it. Understandably, the museum’s management is not keen on people being distracted by imaginary critters as they wander around the exhibits. Unfortunate coincidences, like a Koffing supposedly appearing in a damn Holocaust museum (though that screenshot may well have been faked), have raised questions about the amount of control developer Niantic should exert over the location and nature of Pokéstops.