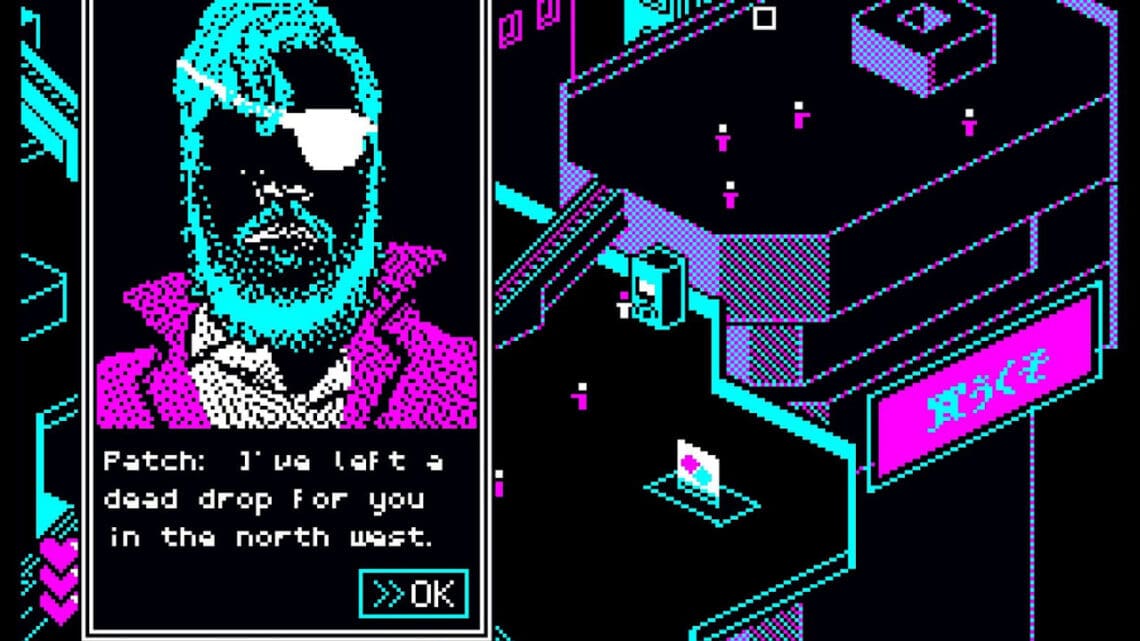 Yesterday we at Kotaku UK did some great work, and also spent time on two potential stories that turned out to be busts. One of them I can’t write about, because we spent hours on what turned out to be bad information. Perils of the job. The second took only a few minutes to identify as fake news, in the modern parlance, so I moved on.

Every day Kotaku UK receives dozens of tips, and both myself and our news editor Laura deal with an even larger volume of correspondence — mostly developers and PRs looking for coverage, but a good chunk of it is “I heard this” and “you should look into this” from strangers. To do this job you need a bit of a bullshit radar. You need to be able to discern when someone has an agenda, or is hyping something beyond the reality, or is outright deceitful. Working out where the truth lies is the most important part of a journalist’s job.

The story we wasted a few minutes on was a marketing stunt by Mode 7 Games for a title they’re publishing. Studio co-founder Paul Kilduff-Taylor commissioned a video of a Spectrum-style ‘demake’ of Tokyo 42 and began creating a social media presence for a Spectrum developer called Mark Followill.

Kilduff-Taylor posted from Followill’s account starting in May, focusing on Spectrum and retro game links, before in August he began using it to accuse himself of plagiarism. The accusations mounted over a few days before the Followill account posted a video of ‘Tokyo 41’.

Following the appearance of this video, Kilduff-Taylor and Followill had several ‘exchanges’ on social media, that concluded with Kilduff-Taylor saying he’d be off the service for a while. This is when someone brought his tweets and the video to my attention.

This wasn’t a tremendously hard fake to spot, but you have to do things right. First I watched the video, and saw that this was clearly a modern demake rather than a contemporary Spectrum game. That in itself didn’t mean the story was a bust, though it probably was, because it also opened up the possibility that a developer was being either creatively extorted or trademark trolled. I suspected this was a marketing stunt but, having seen Kilduff-Taylor’s reaction on social media, and on the off-chance something nasty was going on, I decided to spend another few minutes on it.

I looked up the developer and his studio — nothing online, but that’s hardly unusual with an 80s-era British solo coder. Nothing in the various Spectrum reference books I have which, again, is not unusual. Very many early developers have left no trace at all, and will probably remain undocumented forever. Nevertheless I was starting to feel this was a waste of time, so I moved on to other things.

Later in the day PCGN reported on the story, trying to figure out what was going on. This brought it back to my attention because we shortly thereafter received an email from Mark Followill accusing them of inaccurate reporting. By this point I’d decided it was a stunt, but I was surprised that Kilduff-Taylor was trying to bait the games media into going after one another.

Today Kilduff-Taylor wrote about what he did, under the title ‘Fun with Tokyo 41′

One of the weird things about this was deliberately breaking obvious PR rules in order to fuel the story. Here’s what I decided to do, all of which is bad practise:

Instead of leaving things on a definitive note and then stepping back, I left it all open and said I was going “off twitter for a while”

The reactions were great: some people were outraged, others started combing the internet for references to the game, some people instantly called it as a marketing stunt. It was good to see how fast my friends turned on me (some of them were in on it of course)!

Kilduff-Taylor gives a partial account of how he tried to make folk believe the story, and glosses over some of the less pleasant aspects. He doesn’t tell his readers, for example, about the email accusing PCGN of inaccurate reporting that was sent to other media outlets. He also skips over the social media side of his stunt rather briefly, when what happened is surely worth a pause. Kilduff-Taylor and his friends had fake conversations intended to fool their followers. I’m one of them, and I’ve corresponded with Kilduff-Taylor on a few occasions. He always seemed like a nice guy, so naturally my instinct was to believe he was being truthful.

Kilduff-Taylor goes on to say “I wanted this to be a prank, rather than a lie,” before approvingly noting how he’d got a made-up quote on Ars Technica. A prank is a practical joke. A lie is an intentionally false statement. The meaning of the words is clear. Kilduff-Taylor concocted a series of interlocking lies, with bogus evidence, in order to get media coverage, then tried to re-define them after the fact.

The post’s main justification for these actions is that it’s hard to get attention for small games. This is a subset of a common theme among indie developers, the belief that the games media has a responsibility to promote their games. And therefore whatever you can do to get them covered is a net win.

But here’s the thing: Kilduff-Taylor and Mode 7 have nothing to complain about. Their games get covered and have achieved commercial success, to the extent they can now publish the games of other developers. He is not some struggling indie desperately trying to get noticed: Tokyo 42 has already received plenty of coverage, more than most games could ever dream of. Kilduff-Taylor is trying to present himself as the little guy, and encourage you to cheer along the cheeky chappie, but he’s a successful industry figure with a track record.

Is this some kind of elaborate trademark troll? I've never seen anything like this before https://t.co/CPjfm0wjgn

This was not a cheap and spontaneous stunt, but something several months in the making. It’s part of a worrying trend of extreme PR tactics where anything is permissible as long as it gets the name out there. It contributes to an erosion of trust between developers and the press, because now Kilduff-Taylor has set a precedent and you can bet there are a hundred hungry developers thinking “that might work for me.” It is important to call things what they are, and this was not a prank: it was a calculated and organised lie designed to sell product.

As journalists, every day we try to focus through the overwhelming amount of noise to work out what is true and what is worth covering. It can sometimes be a thankless task and, yes, I’ve spent time chasing down my fair share of red herrings. We always want to help players and developers, we’re always looking to expose problems in the industry, and sometimes that works out and sometimes you hit a dead end. So it feels rough to have publishers decide that trying to fool us into reporting a made-up scandal is now an acceptable marketing technique. I’m not mad at Kilduff-Taylor for wasting a few minutes of my time yesterday. I’m just weary thinking about the copycats that lie ahead.

When someone lowers the bar, it’s hard to raise it back up. A publisher tried to get people interested in their game by inventing a scandal, about which it deceived players and the press. You could go and buy their product after this, no skin off my nose, but don’t expect a link. The boy who cried wolf gets a reaction the first time. But that story hasn’t resonated down the ages because people admire him for it.