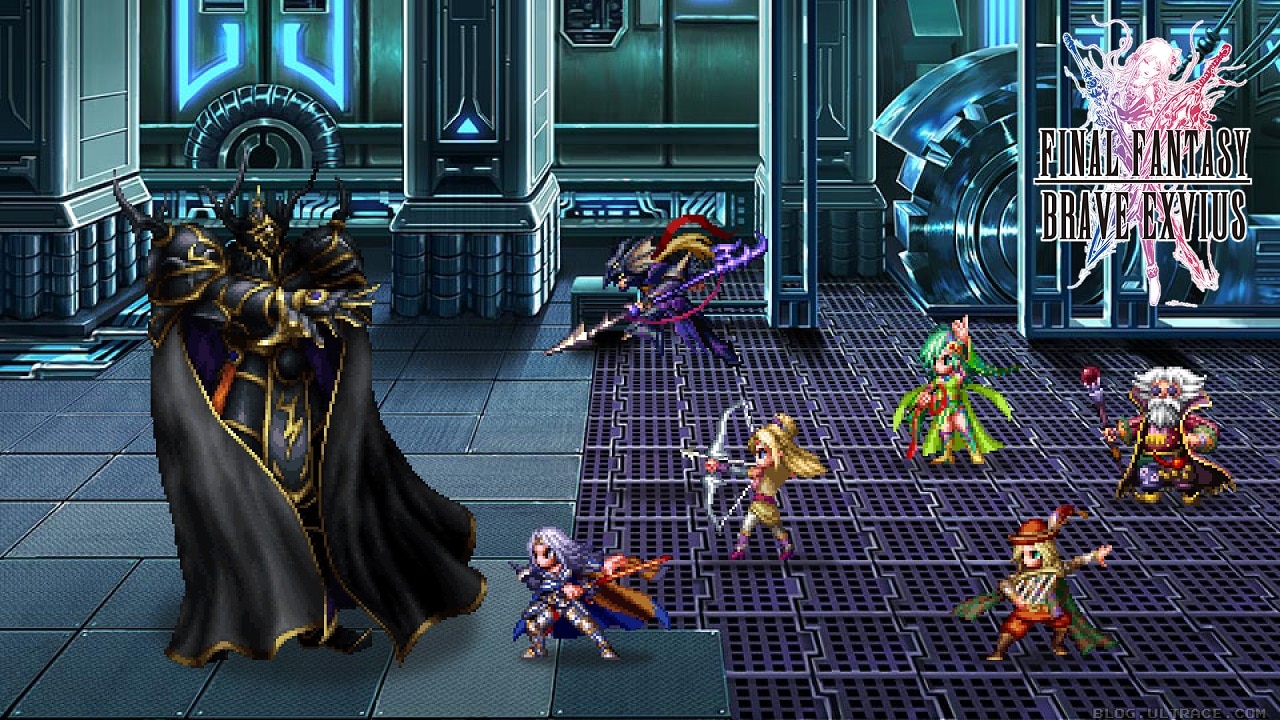 Everyone knows that Square Enix's favorite activity is milking Final Fantasy. And fair enough, the fans love it too — for the most part. Personally I find the 'extended universe' of Final Fantasy a bit of a turn-off, and I suspect others do too, which is why Square Enix increasingly focuses on bringing its most iconic characters into any new title – such as the announcement, a few days ago, of Cloud coming to Final Fantasy Brave Exvius.

Good old nostalgia, eh? Thing is, when you combine characters that people love with a gacha-esque monetization model, which is what Final Fantasy: Brave Exvius does, it can end up going very badly indeed for the individuals involved. A reddit post was brought to my attention (cheers for the tip Cloud IX, great name) where a self-described whale for the game explains how, over time, he racked up just under $16,000 worth of IAPs on credit cards. The guy has a wife and family, making this post especially heartbreaking.

I started playing FFBE shortly after launch in July of 2016. It was a fresh take on an old classic, my favorite series of all time, Final Fantasy. When I was 11, in 1988, living in New Jersey, I went to the Nintendo CES in New York City. Nintendo had demo booths for all the upcoming games, and the original Final Fantasy was one of them. It was the coolest game I had ever seen. I got it when it was released and it remained my favorite series of games for years. FFII and FFIII on SNES, I bought a Playstation so I could get FFVII, I got a PS3, but all I wanted to play was FFXII (I personally like Vaan).

Along came married life, kids, jobs, responsibilities, and I could no longer spend time on a console. I didn't have time to sit and play and grid out levels and complete the extra quests like defecting Ruby Weapon. Then FFBE was released. A short format game that I could play for 5 or 10 minutes and put it away. It didn't require a console or a TV, just a few minutes to play a couple of dungeon runs or a quick exploration, then I could put it away for later. It was perfect.

Expedition into the Abyss. The first banner I spent money on. I had been playing the game for 6 weeks or so and I had not found the /r/FFBreveExvius subreddit or the Exvius Wiki, I went into the exploration blind and got wiped out. I levelled my team, I maxed my stats and I just could not win. I got to Ansel finally and beat him, but I was so low on energy. I used lapis refills just to limp past him. Then I got to the exit with the 3 bosses that kicked my but with their 10,000V attack. I was frustrated beyond belief, I had spent all my resources to pass this exploration, and I couldn't leave it like this. I broke my F2P resolve and put down $20. That should be enough to get me out of this dungeon and replace some of the lapis I spent so I could at least do the dailies again. I was adamant that I would not spend again.

I made it to November. The Crystal Tower. The release of Luneth and Refia. The best DPS and the best Healer available at the time. I had saved my lapis, I could do a 10+1 pull, I had maybe 20 or so tickets saved. I used all my resources and was trolled by a rainbow Edge. I was enraged, incensed, insistent that I get Luneth. I put in my card number into my digital wallet and upped myself $99 of Lapis. Then I pulled and pulled and pulled, and I got nothing. So I put in another $99 and pulled and pulled and I got Luneth! I could advance and defeat all new content and share the best DPS possible to all my friends.

Finally. I had Gilgamesh. I had maxed out all of my unit inventory. I had to spend time to fuse units, I got my first Excalibur that day as well as some other great TMRs. But I finally had the Genji Golve and I could now make Chizuru strong enough to share with others. She could DPS at 350 attack and more! I could beat all the content with ease using her and Luneth. Yeah, I spent $700, but I would stop now. I had enough. I didn't want to be caught spending money I shouldn't on a video game. It was enough.

I was sick of my actions. I de-linked my card again. I now had a balance of nearly $4000, including other non FFBE related purchases. I had to find a way to stop. I transferred the balance to a new, zero interest card. My family was going on vacation and I needed to be clear to help with expenses. I had some cash saved, I was paying down my debt slowly, I had a plan, I was still in control. 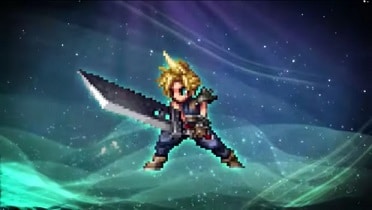 Did I just really spend $2500 to get a little animated piece of code? What is my wife going to think? What will my kids say? I tell them I don't have much money to spare, I dutifully split my paycheck 3 ways, household expenses, savings and my spending money. I can do what I want with my spending money. I just won't get anything for myself for a year or so, pay this back to my card a couple hundred at a time.

Fuck it. I have what I want. I put in another $1000 just to keep me going with energy refills and I can play whenever and however I want.

All right! Rainbow Rate is up! EX rewards are 1.5X! Cloud is coming in December! This is the best time to put some $$ in so I am guaranteed to get Cloud. Cloud is Awesome! Cloud is iconic! Cloud is the heart of Final Fantasy! I have my zero interest card at $11K, but I am paying it. I have a way of making it look like I am paying off an old debt to cover if my wife asks where the money went. I went all in. $3000 in lapis. That will last me a good long time, then I can pay off my debt and play and just let it all go away.

On December 7th, 2017, my wife asked if she could use my credit card to buy food and send it to a family member celebrating a huge accomplishment. Offhand, she asked if she could see the balance. She saw something in my response trying to dismiss it and wouldn't let it go. I asked her to go upstairs so we could talk in private. I confessed to having a balance of $5600 on my card due to Final Fantasy. A couple days later, I told her the rest of the story.

I am currently $15,800 in debt. My wife no longer trusts me. My kids, who ask me why I am playing Final Fantasy all the time, will never understand how I selfishly spent money I should have been using for their activities. Their birthdays, their festivals, their clothes, their school events, their weekends, their movies.

I have never spent more than $1000 on my wife at one time. I spent $16,000 on digital garbage in about a year. If she decides that she will not divorce me, I owe her more that I could ever repay. I am not playing anymore. I will not get Cloud. I will leave 500K lapis in an account that will stay idle. The "friends" I have will drop me as my days since last played increases. I will not get to beat Marlboro. I will not see how Chapter 2 plays out. I will not have any 7* units. FFBE is over.

I became a gambling addict over a game where there is no return, no reward, for spending my money.

TL;DR - Don't be a whale, the consequences WILL outweigh the investment.

TL;DR #2 - Some people are on this planet to be an example to others, don't be that Guy.

Only a few days ago I re-downloaded Final Fantasy: Brave Exvius, and it was because Cloud was coming and I thought it might be a laugh. But this... this really hits you in the gut.

Obviously he has an addiction problem. But monetization schemes like this are designed to exploit that kind of personality, and encourage them to spend money they can't afford on, as this guy puts it, "a little animated piece of code." Earlier we wrote about how the UK Gambling Commission doesn't have a clue about video games and, albeit this is an American, but examples like this show why – it has a simplistic notion that the issues with gaming are about skin betting and more obvious forms of casino-type mimicry.

Japan had big problems with gacha-style models, and acted to regulate them. They're still a part of many mobile games released in the west and, to be fair, for many players they're not a big issue. But a significant proportion find themselves suckered in by these things, and it's through no fault of their own – the games are designed to play on well-known mental feedback loops. In certain cases, such as this, they can make otherwise-rational people act in irrational ways.

It's a heartbreaking story. Hopefully 'nothing024' gets back on his feet, and things work out. But it's a reminder that Kefka is only the greatest Final Fantasy villain in fictional terms. IRL, the bad guys don't wear clown makeup and cackle.