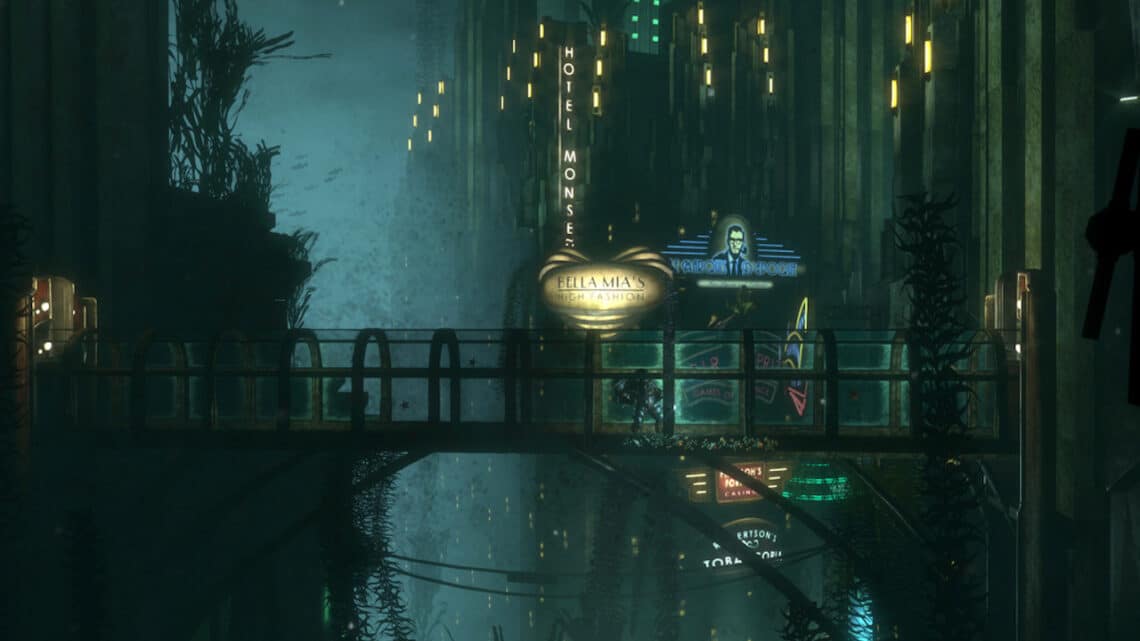 As video games have grown in cultural importance over the past decade or so, the same question has been popping up with more and more regularity.

Reaching consensus on this question has been surprisingly difficult.

In recent years, Roger Ebert, a famed film critic, has twice made comments to the effect that video games are not, and in fact cannot be art (or, more specifically “high art”).

Ebert, himself not a gamer, bases his argument on the fact that games are interactive. To paraphrase his point: because games require input from a player in order to move forward through their narratives, player actions necessarily subvert authorial intent. Therefore, the purity of an artist’s vision can never be manifested through the medium of a video game. After all, would The Third Man, directed by Carol Reed, make any sense if each viewer could dictate the film’s conclusion?

I’m not interested in pointing out the weaknesses of Ebert’s argument (Newsweek‘s N’Gai Croal has done that already). And it’s easy enough for anyone with a sense of history to see that this complaint is of a piece with centuries of critical dismissals of new art forms, from novels to jazz, hip-hop and film. However, Ebert’s wrongheaded arguments do point out a legitimate problem: namely, that it’s much harder for doubters to fully engage with top-tier games than is the case with other media.

In order to play most high-end games, one has to make a considerable investment of money and time ($300-plus to purchase a powerful console or graphics card, and ten to 20 hours to complete the average AAA title). Moreover, playing many games means mastering unfamiliar and daunting control mechanisms that have few analogues in everyday life. Any person can read a novel, listen to a hip-hop album or watch a movie, if he has even a shred of interest. But comparatively few have the equipment and know-how needed to complete a top-tier video game.

Let’s turn our attention to arguably the best game of last year, the first-person shooter BioShock. Thematically, the game is a dystopian response to Objectivist philosophy, only with lots of great shooting. As the player explores a failed underwater city called Rapture, the game spins a deep, engaging narrative out of environmental clues, taped diaries and encounters with the city’s few, mad survivors.

But for our purposes, the most interesting thing about BioShock is that its most riveting moment inadvertently puts the lie to Ebert’s “interactivity” argument.

At the game’s climax, the nameless protagonist finally comes face-to-face with Andrew Ryan, the industrialist who built Rapture as a monument to his own ego (and no, those initials are not an accident). At the same time, players realise that their character is an artificial construct, a clone who has been driven to confront and assassinate Ryan on the subconscious orders of Ryan’s greatest rival.

Yes, I know–on its face, this seems like hackneyed sci-fi. But that’s because you’re reading it, and not playing it.

Within the context of playing the game, it’s a brilliant conceit. Ebert notwithstanding, gamers know that games aren’t really very good at allowing players to create their own stories. It turns out that giving players real choices makes creating coherent game narratives nearly impossible. Instead, the best games merely make it seem as if players are controlling their experiences, while in fact the game’s designer is subtly herding them down a gameplay “chute” that leads to the next story point, fighting encounter, or cut-scene.

To drive this point home, the game takes control away from the player during its climax. This is when a defiant Ryan, knowing he cannot defeat his assassin, instead forces the character to beat him to death as he maniacally repeats the phrase “a man chooses, a slave obeys”–each time, his words are more garbled, as the player’s avatar (against his will) methodically pulps Ryan’s face and skull. The message is clear: you’re a willing slave to someone else’s carefully scripted design every time you pick up a controller, and to think otherwise is a delusion.

Playing this moment was as affecting and thought-provoking an experience as was offered by any work of art last year. Moreover, it could only have been conveyed within the medium of games, since interactivity and control are so central to the effect.

So, while Ebert maintains that games cannot be art because their interactivity overshadows authorial intent, one of the greatest moments in gaming history highlights the fact that player choice is simply an illusion. It’s such a perfect refutation that if BioShock hadn’t been in development for four-plus years, I would assume that the game’s creators had deliberately structured the climax to poke holes in Ebert’s argument.

But again, Ebert (and other like-minded critics) probably won’t ever reach this moment, 15 hours into BioShock. In fact, it’s probably unreasonable to expect him to. Meanwhile, bottom-line-minded publishers pressure the most creative game designers to avoid risky artistic endeavours and go straight for the big-spending male, 18-34 demographic with space marines, huge breasts and blood galore. And there’s no avoiding the fact that, for all of the game’s brilliance, many who do complete BioShock will only be interested in the creative ways in which the game allows them to dispatch a menagerie of monsters.

And so, the most critically engaged remain unaware of the best that gaming has to offer, while game publishers would prefer that every game safely aped the medium’s hoariest conventions for the sake of assured returns on investment. Until the average thoughtful person can experience a game like BioShock as easily as he can watch Citizen Kane or read Huckleberry Finn, games will never be fully recognised as an exciting, vital new art form. And until they achieve broad critical acceptance, the art in games will remain perpetually threatened by the medium’s most mercenary commercial instincts.

Writer based in New Orleans.