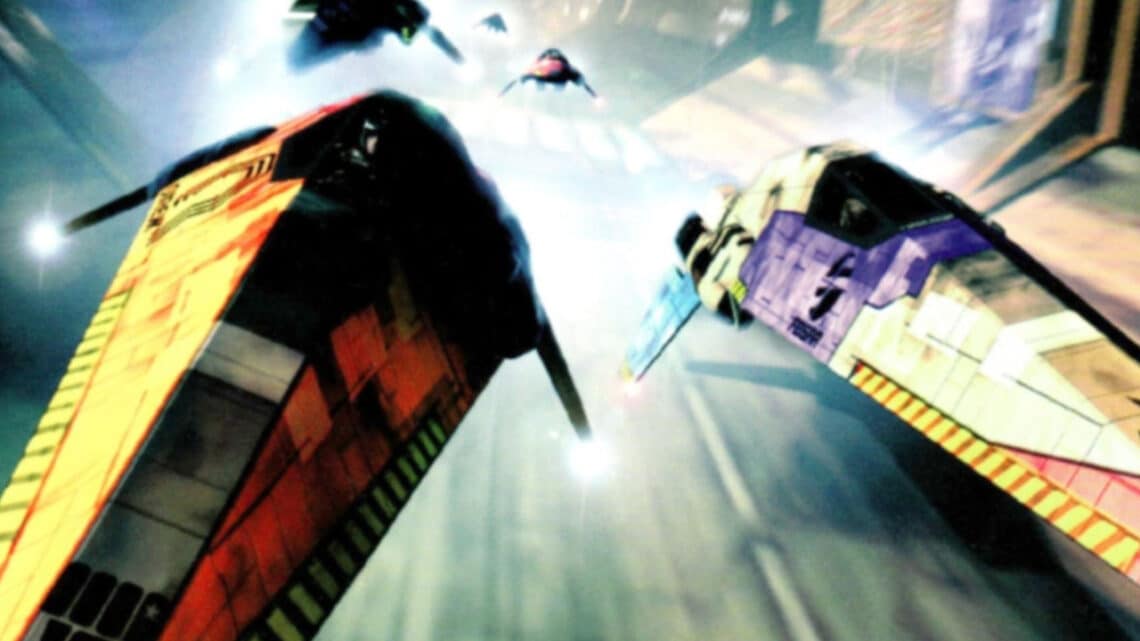 Wipeout is a central part of The PlayStation Success Story. Its licenced music and in-club promotion are held up as the keys to attracting the post-pub generation. Play it now, however, and you’ll see a contradiction. Often regarded as the originator of gaming’s move towards the cool and the casual, it actually pointed the other way: towards bare-bones gameplay and aggressively clean styling. It was the perfect ambassador for Sony’s understated PlayStation powerhouse – all style, all substance.

It is somewhat ironic, then, that the origins of video-gaming’s most famous trendsetter were in the resolutely unfashionable grid-based strategy game Matrix Marauders, which featured vehicle designs uncannily similar to those in Wipeout. The game concept came from Psygnosis stalwart Jim Bowers, but when Wipeout’s designer-to-be Nick Burcombe saw a SoftImage animation of two of the ships racing he became inspired: “I’d been watching over his shoulder as it took place,” says Burcombe of the animation. “It reminded me a little of Powerdrome, F-Zero and Super Mario Kart. I was in the throes of finishing Mario Kart at the time and found it to be possibly the greatest game I’d ever played.” 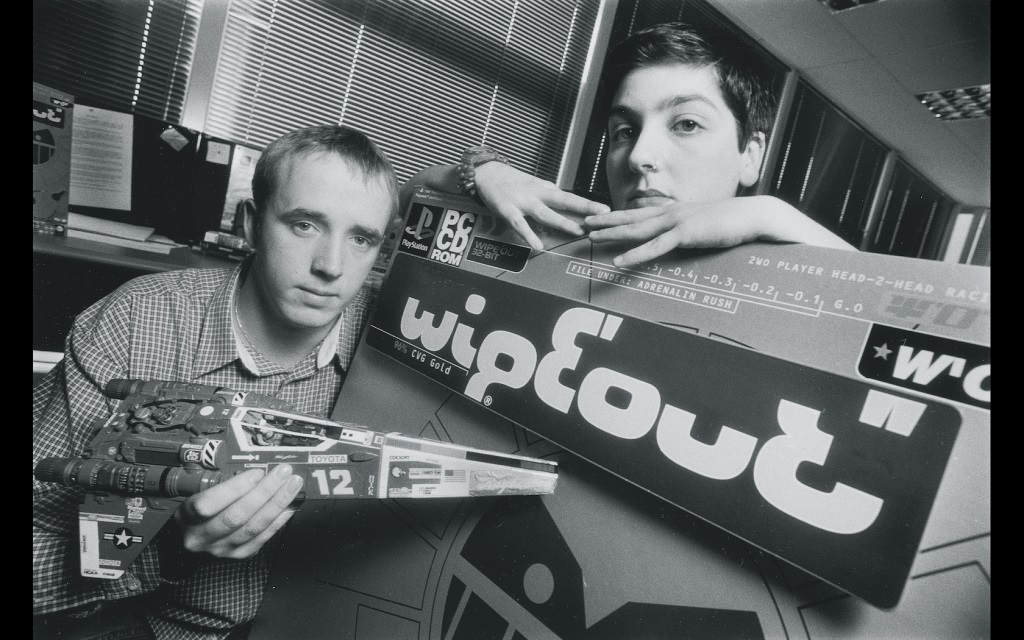 As seems mandatory for all great Britsoft productions, the idea took further shape in the local pub. “Myself and Jimmy were sat in the Shrewsbury Arms one night discussing the idea, and in the best tradition of drinking too much and talking too fast, the name Wipeout came out,” recalls Burcombe. “The conversation turned to the music and Jim and I were enjoying the Prodigy at the time. We joked about getting the Prodigy doing an up-to-date remix of the Beach Boys’ classic surf ditty – Wipeout. We simply pictured Liam Howlett being right in your face screaming ‘Heheheheheheee, wipe oooout!’ and then it kicking off at 140bpm with some awesome hardcore. It was such an ace moment – it stuck.” 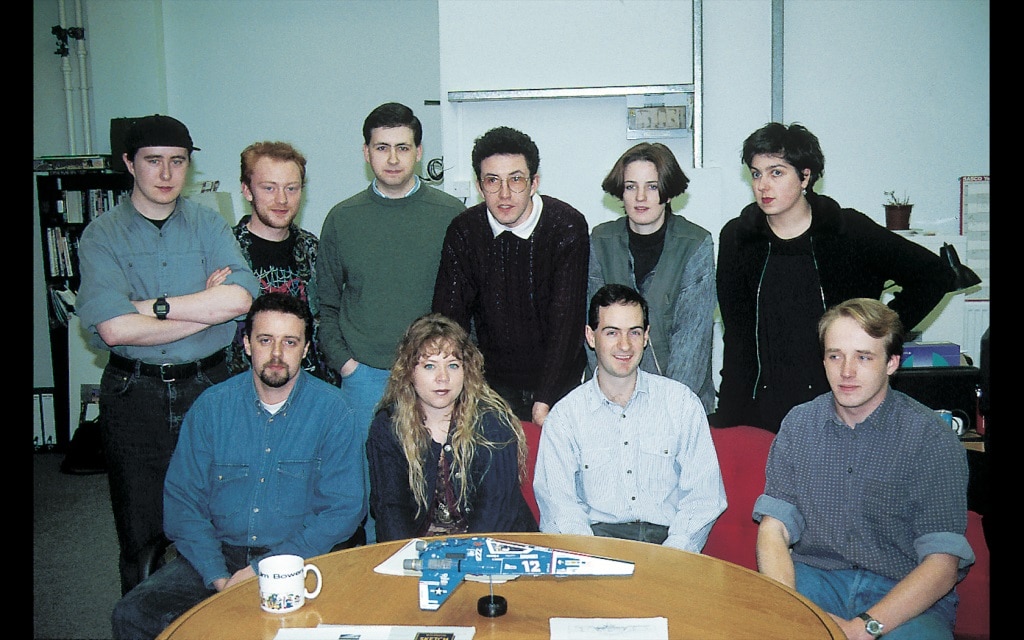 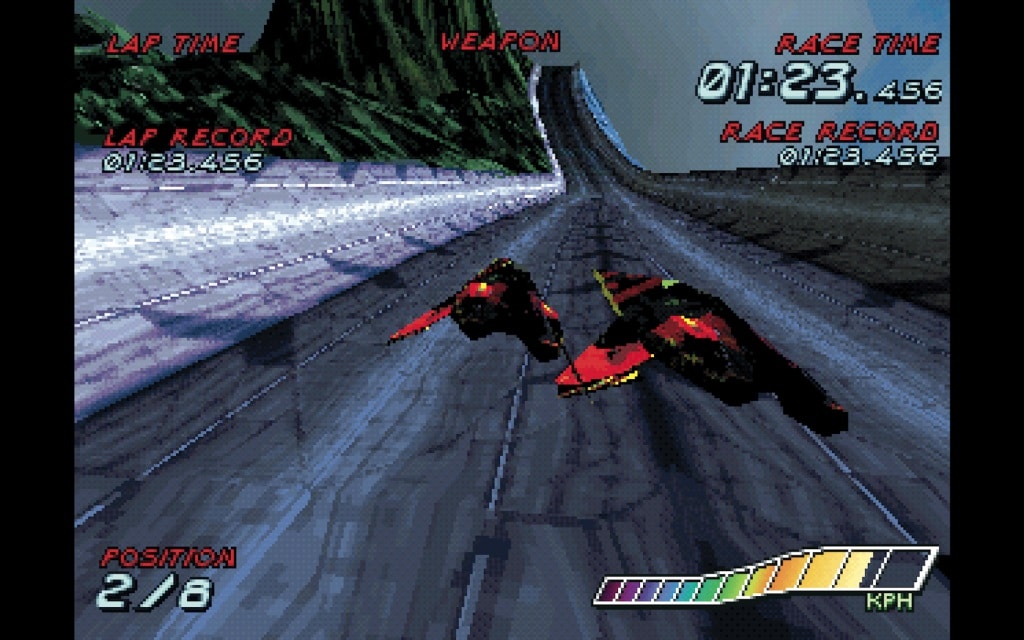 When work on the game was given the green light by Psygnosis, Burcombe, as lead designer, began the difficult job of designing the tracks. “After seeing things in action, tracks like Altima 7 were built and specifically designed to get a stomach-churning drop after a huge hill climb,” he explains. “As you come over the big drop, you were initially supposed to just fly off the end and be looking down on the scene trying to pick a landing spot. Of course, this means that you have to draw right to the maximum horizon – which we couldn’t – not at these scales. So the plan was to put it in a cave instead. You still got the drop, but at least you couldn’t see the draw-in and it didn’t frame out.”

Rather less effort went into fine-tuning the inclusion of weapons in the game, with Burcombe admitting that until the sequel the weapon you received was chosen entirely at random. “The key was to take a leaf out of Mario Kart’s book,” he explains. “All the weapons were designed to stall the opponent – not necessarily kill them. And in terms of balancing, well, we didn’t really bother too much.”

As an important launch title for the PlayStation in Europe there was no great wealth of experience to call upon for working on a 3D console game. Indeed, Sony’s interest in Psygnosis was primarily due to its technological experience, initially through work on CD titles such as Microcosm. “Exploring the hardware takes time, and although we knew it was capable of more, you have to call it a day on the R&D side and get a game written,” says Burcombe. 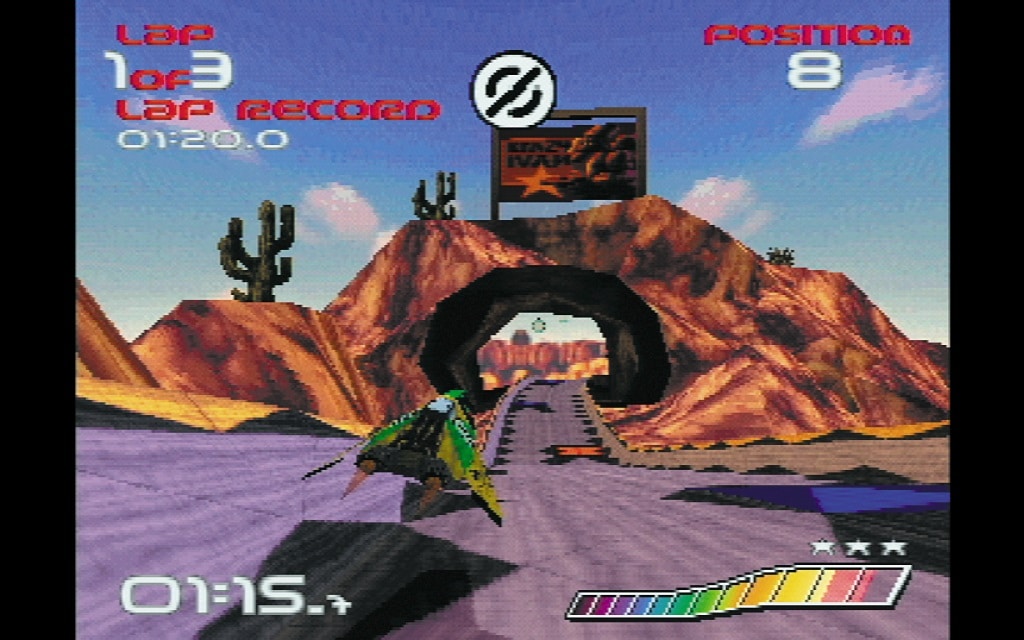 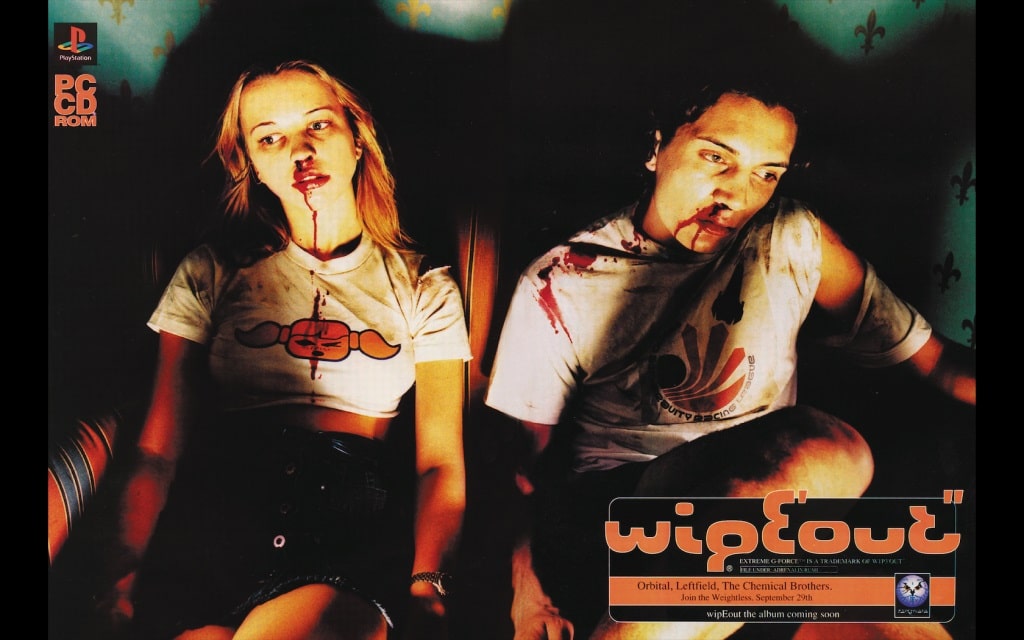 The only major criticism levelled at the game was its difficult, seemingly over-sensitive, handling and although Burcombe was happy to modify this for the sequel he is generally unrepentant: “The steering and skidding and weight and feel of the craft, I have no regrets at all – that was Wipeout.”

Indeed, the sequel was a resounding success all round, despite only having had a seven-month development period. “We knew what was wrong with the first one and so we fixed it,” says Burcombe. “We had more time to tune the gameplay rather than battling with the technology and we had some awesome people making some great innovations – although I don’t think the track design was as good as in the first one.”

Burcombe was not involved in either Wipeout 3 or Wipeout Fusion, and instead left to head up the independent developer Curly Monsters, which created N-GEN Racing for PS1 and Quantum Redshift on Xbox. The latter was essentially a Wipeout sequel in all but name, but disappointed in terms of uninspired gameplay and music selection. “The game wasn’t innovating enough and didn’t adopt or more importantly enhance the Wipeout formula with the music and graphic design,” admits Burcombe. “It also didn’t help that the boxart was such a piece of shit. It was so bad we asked Microsoft if we could put a file on our website of an alternative image for the box art and they said yes!”

A lack of enthusiasm from US marketing also didn’t help the game, but their assertion that future racers don’t sell any more is not without substance. “The mass market audience does not appear to understand or connect in any way with a futuristic world of racing. It’s abstract and requires a greater leap of imagination than the majority of people are willing to give,” says Burcombe. According to him, the nearest modern equivalent is in fact Need For Speed: Underground: “It’s culturally relevant, it’s cool-sounding and it’s got impressive looking technology in it.”

Despite now working back at SCEE, Burcombe is not on the team for PSP title Wipeout Pure. He has instead opted to work on F1 2005. “I wanted to put a big established IP under my belt and see if I can add something else to the F1 franchise,” he claims.

What on the face of it seems a curiously mundane career choice begins to make more sense when the question of what he would like to see in a next-generation home console Wipeout is asked:

“I’d love it to get back being more realistic and less stylized when in the racing environment. I’d love to see a modification and tuning side to it – tuning a Wipeout craft should be an art form. I’d also like to see full customization for a unique online presence. International circuits based on real DEM (digital elevation map) data with highest resolution aerial photography as a basis for the underlying scenery. I’d like to see an online-only game. I’d like to see the world of Wipeout being its own online sport – like an F1-style event.”

It’s a startling notion, until you remember how seriously Wipeout took itself as a realistic future racer. Ultimately, however, that realism may have been more important to Burcombe than it was to many Wipeout fans. What’s unquestionable is that it was this unique mix of influences that made the original the milestone it was. “Ultimately, I think most people saw Wipeout as something quite new and fresh and very PlayStation,” he says. “Integrating contemporary graphic design, music, and technology reached an audience that I could only describe as the same as us: ‘hip geeks’, I think the marketing department ended up calling them.”