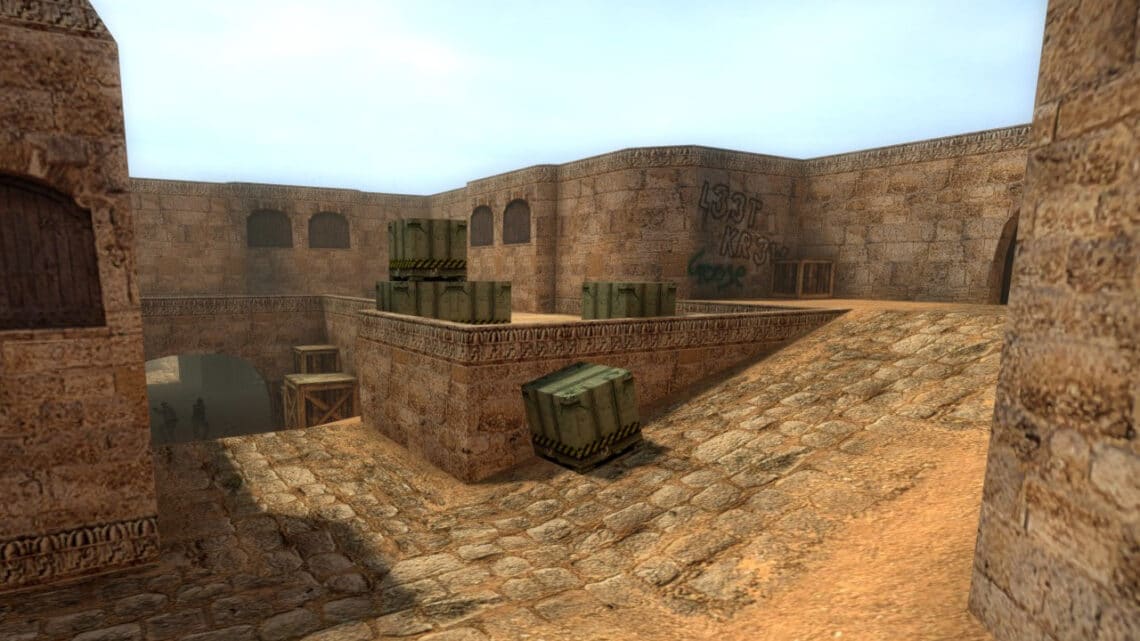 Best is mostly a matter of taste. Influence is about maps that inspire future design, or pioneer new mechanics, or exemplify best design practices for different game modes or types of first person shooters. Here are ten multiplayer maps that have left lasting legacies on the FPS genre. 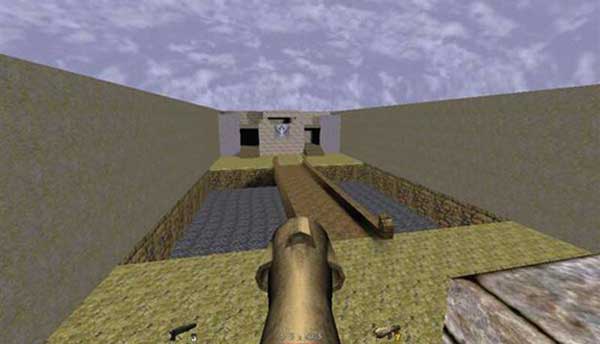 Modern incarnations of 2fort appear in Team Fortress Classic and Team Fortress 2, but they hail back to the original 2fort map from the Quakeworld Team Fortress mod in 1996. 2fort introduced class-based gameplay to first person shooters and also helped establish the precedent for symmetrical design philosophy in FPS multiplayer map development.

The design team lead of the original Quakeworld Team Fortress mod, Robin Walker, went on to work for Valve and is believed to be Lead Designer for Team Fortress 2. 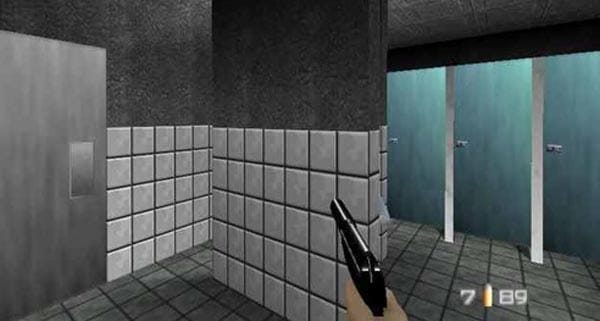 The Nintendo 64’s GoldenEye 007 was the first game to successfully make the argument that shooters could not only exist on consoles but also kick some serious tail, and Facility is the best remembered of all GoldenEye 007’s maps.

You remember Facility because of the bathrooms, don’t you? You remember how much fun it was to wait inside one of those bathroom stalls, open the door and then blast one of your friends, unless they were cheating by checking out your camera view on the split screen? 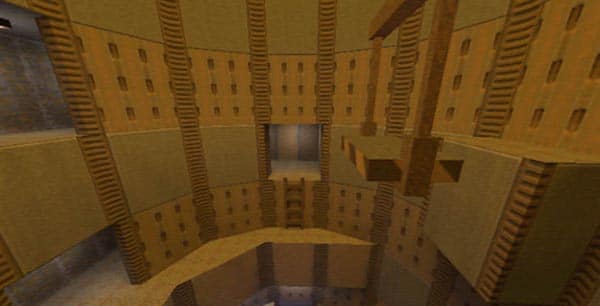 Many Quake II veterans take issue with this choice on “best of” lists because another map from that game, Q2DM1 or The Edge, was also very popular. The Edge is often cited for being problematic due to a dead-end rocket launcher tunnel, and perhaps that’s why map Q2DM2, otherwise known as Tokay’s Tower, is much more consistent in its number of positive mentions, making it arguably the better-remembered and therefore more influential of the two.

Tokay’s Tower is a spiral filled with rocket launchers and railguns, supplemented with id Software’s famous BFG. Fans cite weapon selection, lack of safe positions, and the insanity of people diving through the air to fire on players in the water below as reasons why Tokay’s Tower takes the cake among Quake II maps. It helped set the stage for fast-paced multiplayer FPS gaming. 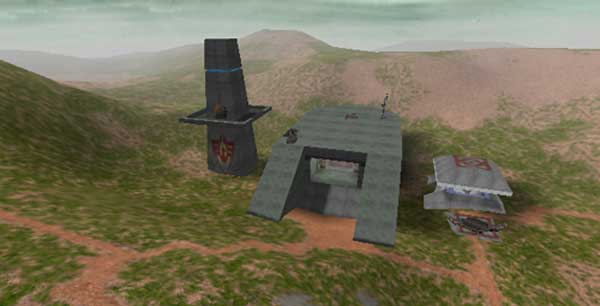 Starsiege: Tribes was a niche game when it was released for the PC in 1998, and it shipped with over 30 maps. Trying to find consensus so long after release for a game that didn’t hold a high-profile position on the charts even when it was new was difficult, but the name of one map popped up often enough to cite on our list: Raindance.

It was important to have at least one map from this game on our list because Starsiege: Tribes was one of the very first FPS games to deal with the questions involved in balancing multiplayer map design while incorporating vehicles and both long and short-range combat. The influence of maps like Raindance and the design questions it answered on games like Battlefield and MAG is pronounced. 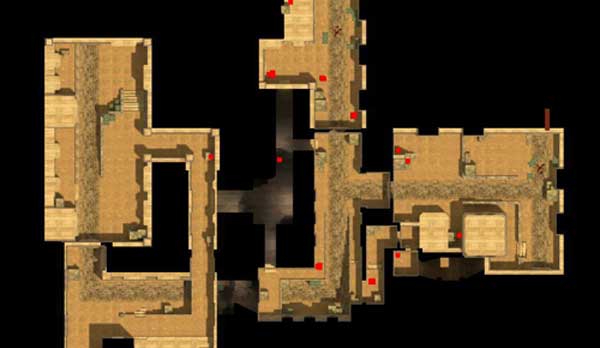 This is another choice that might be controversial on a “best of” list, because the sequel to this map, de_dust 2, is often held as better than the original. If we’re considering influence, however, we wouldn’t have the second map without the popularity of the first one, would we?

Dust helped define Counter-Strike when the Beta 4 version of CS was released in late 1999. It’s a simple map that supports varied playstyles, which may explain its popularity. Counter-Strike was one of the first games to reward tactical play, as the damage models were extremely unforgiving, and tactical flexibility depends on options.

If you’re interested in learning about the history of how de_dust came to be, check out this blog post by its creator David Johnston. Johnston is now the Senior Level Designer at Splash Damage. 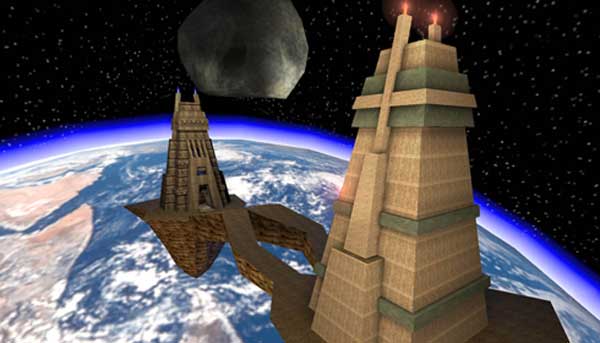 There are two Unreal Tournament maps that continue to be close to the hearts of Unreal fans. The first is Facing Worlds. The striking visuals may have helped make the map popular, but it is commonly cited for being extremely balanced, for having respawn points that funnel players back into the action quickly, and for also having plenty of positions for snipers.

Facing Worlds had a lasting affect on Capture the Flag map design to the present day, and was popular enough to be remade in Unreal Tournament 3. Fan versions of Facing Worlds can often be found where modders and first person shooters intersect. 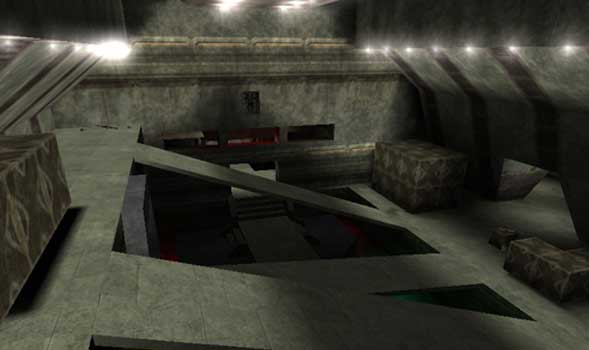 DM-Deck 16 was so popular that Epic Games remade the map again and again throughout the Unreal series. One of the developers we spoke with for our upcoming feature was Epic’s Lead Level Design, Jim Brown. When we asked him what his favorite map from the Unreal franchise was he answered “My favorite, without question, has always been DM-Deck 16.”

Brown told us how each area of the map had been built to support the weapons placed there, pointed out the multiple approaches to each area, the balance of weapons in opposing areas and the ability of the map to support any number of players while still providing exciting matches. We think Brown summarized his love of the map best when he said:

“Watching highly skilled opponents in Deck is like watching a choreographed dance, and has proven to be more entertaining to me over the years than most TV or movies I’ve seen. I shudder to think of how many hours I’ve spent in just that map alone.” 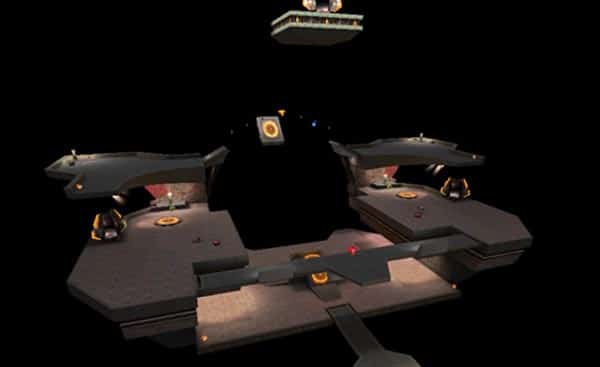 The Longest Yard, map Q3DM17 from Quake III Arena, was a part of the beta called Q3Test and also served as the demo map.

Q3DM17 was an extremely surreal map hanging in the inky blackness of space. It managed to be open and yet compact simultaneously, a fast and brutal map with jump pads to shoot players across platforms and up to an elevated position for access to more powerful weapons.

The Longest Yard warrants inclusion on a list of influential maps because it continues to be a fan favorite to the present day, living on in

The influence of Blood Gulch from the original Halo: Combat Evolved may arguably be felt mostly within the Halo franchise itself, but that influence has not faded one whit since the map made its first appearance in late 2001.

Blood Gulch set the stage for the Red vs. Blue machinima series. It inspired the extremely similar map Coagulation in Halo 2 and had an incarnation in the Xbox 360 real-time strategy game Halo Wars. Blood Gulch has been cited as an inspiration for the map Valhalla from Halo 3 and the Forge World map template for Forge mode in Halo: Reach.

Halo fans can dependably be called upon to pine for updates to Blood Gulch whenever a new Halo game is in the works. 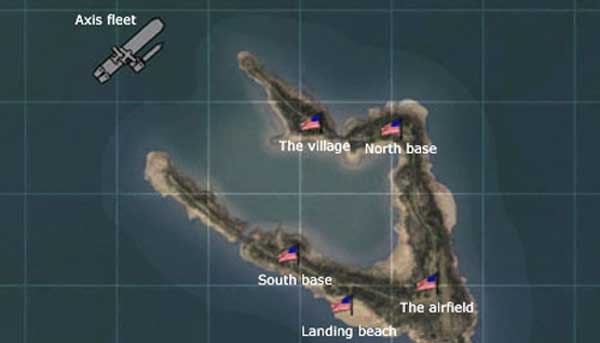 We also spoke with Inge Jøran Holberg and Niklas Åstrand, two of the Battlefield 3 Level Designers at DICE, for our upcoming feature and they did an excellent job of describing what makes Wake Island so special:

“Wake Island…has a very distinguishing visual design, and an intuitive layout of the playable map where you can see almost every crucial location at all times. The unique crescent shape of the island gives it a great variety in gameplay as well. Depending on what flags are taken, you will get intense frontline fighting. Then, if another flag is captured and you need to run off to reclaim it, you can suddenly find yourself in a totally new situation, sandwiched between two enemy forces.” The orchestrated chaos that is a hard-fought match on Wake Island exemplifies the best in design standards for any large-scale, combined-arms multiplayer FPS game.

I liked moving the carrier/battleship in Battlefield, I thought it was hilarious beaching the carrier and having to take off with your plane going diagonal. If i remember correctly the planes had a pilot, and a gunner seat. TEEHEE. Good memories.

So anyone that comments Blood Gulch or anything there after it’s safe to assume they were born after ’95-98?

P.S. Facility in Golden Eye was amazing I remember pissing so many of my friends off with everything that game had to offer. I never really hid in the stalls I laid proximity mine booby traps and pissed off let alone lost friends because of that map

Good list there. I remember playing some of those maps. I imagine many gamers are going to complain about the list because many of the games they play today aren’t there and because they are probably too young to have played those games listed above. Oh, kids today.

Like the list, only complaint is I would have liked to see one map from XBL’s early days. Maybe Ghost Recon, Rainbow Six 3 or Pandora Tomorrow? (The mercenaries were an FPS!)

City Street Large or something? A lot of people played XBL before Halo 2, you know!

People can say whatever they want about today’s FPS’ blowing or whatever, but Playing Blood Gultch with a bunch of friends swamping controllers is probably some of the best memories I posses.

I would have to say two of my favorite / influential FPS maps would be from UT as well. Espirit and Orbital. The whole Unreal genre of games always had quality maps. Original Unreal had the bathroom map which awesome as well.