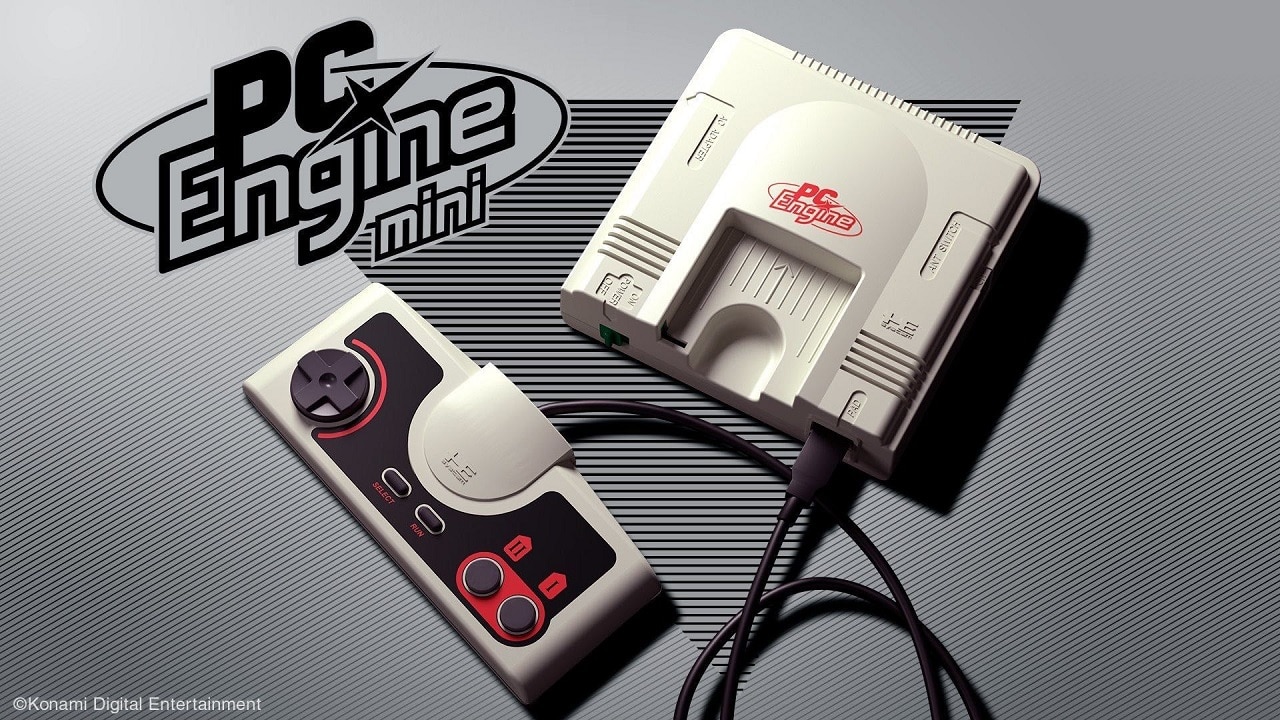 There's something funny about how the modern trend of re-releasing old consoles can reflect something of what those machines were. The NES and SNES Classic were slick, packed full of great games, and flew off the shelves. My favourite thing about the Mega Drive mini, on the other hand, was getting hold of a set of non-functioning accessories to clip onto it: a 32X, a Mega-CD, and a Sonic & Knuckles cart. The Neo Geo Mini? Expensive, desirable, filled with brilliant games I'd never heard of. The Capcom Home Arcade takes the form of the Capcom logo, an aesthetic decision I found bizarre until realising it echoed seeing those same six letters on an arcade cab, and knowing it would be worth your money.

The PC Engine Mini continues this tradition, inasmuch as it is a beautiful object with somewhat esoteric appeal. It was ever thus, in the west at least. The original console was designed by Hudsonsoft and produced by the electronics giant NEC, and its target was pretty clear: Nintendo's all-conquering Famicom. It was released in Japan in 1987 and saw huge success, being both much more powerful than Nintendo's hardware and supported by an ever-increasing lineup of great arcade conversions and original titles. Its western release, however, wouldn't come until 1989 in America and 1990 over here, meaning it was now competing with SEGA's Mega Drive and soon enough the Super Nintendo. Unsurprisingly, its success in Japan was not replicated overseas. 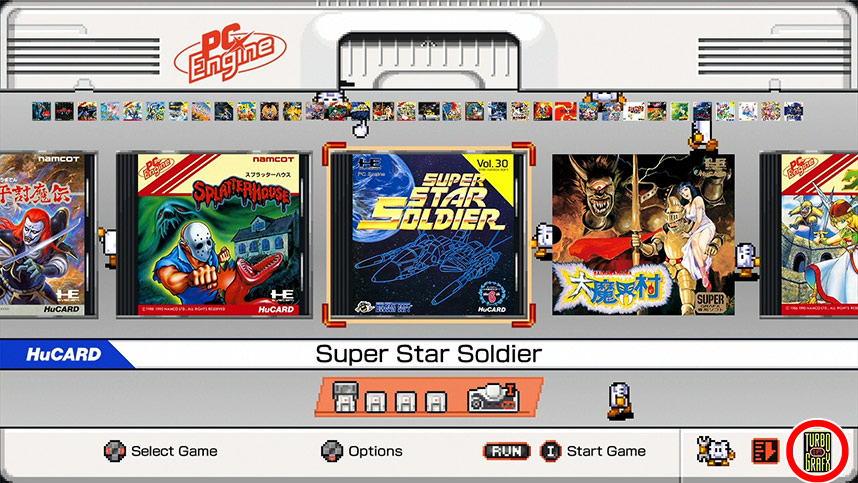 A quick note on naming. The console's called the PC Engine but was renamed the TurboGrafx-16 in the USA, and the PC Engine COREGrafx (wut) in the UK and France. There were also many different versions of the console, including PAL versions called TurboGrafx, as well as localised import markets: it's all so confusing that, to be honest, I'm not even sure the above is a 100% accurate untangling (narrator: "it was not"). So for simplicity's sake I'm going to stick with PC Engine and PC Engine Mini.

These products are all about nostalgia, which in my case would be mostly reviews and import adverts in the back of magazines before, much later, becoming friends with a lad at school who actually had one. A sizeable subset of western game fans fetishise the Japanese industry, and this irresistibly small and sexy machine was part of my own induction: there were a few years where the games on this simply knocked spots off whatever my poor old Master System could offer, and once the true 16-bit competition arrived its software continued to stand out.

The PC Engine was already small, and the PC Engine Mini is ever-so-slightly smaller. It fits comfortably in your hand, at which point you just want to stroke it and caress the (non-functional) cartridge slot. Ahem. Cable inputs have been shifted on the body, which may annoy some purists. Slightly more annoying is that the console comes with a power lead which requires a USB plug, not supplied. Best thing about this hardware? The controller lead is long, something Nintendo cocked-up with its similar offerings. 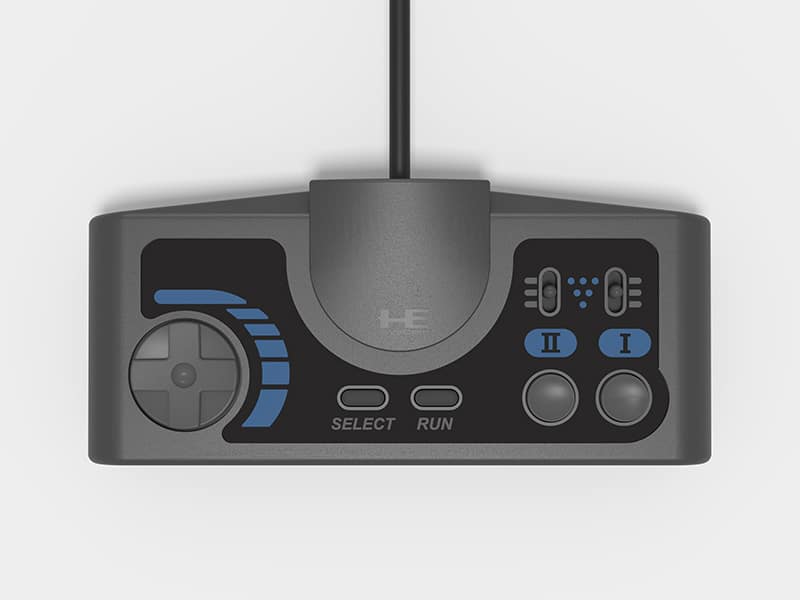 You can see a full list of the included software here, but first thing to note is that the headline claim of 57 titles is semi-misleading. There are 25 English language releases included, and 32 Japanese releases. A few of these games, like Neutopia I and II, are counted twice. For many of these games, the language is irrelevant: it's pretty clear what's going on in Galaga 88 or Gradius. Others, like Hideo Kojima's text-based Snatcher or even the action-RPG Valkyrie no Densetsu, you won't be able to enjoy if you can't read Japanese.

Those two examples I find interesting because, in both cases, official translations exist (Konami released Snatcher in English on Mega-CD in 1994, Namco translated Valkyrie in 1997). Obviously it would not have been easy to retrofit this work onto such titles. And I wouldn't say the PC Engine Mini necessarily deserves criticism for not going there. But I do feel Konami should have been more ambitious, for its own sake as much as anything: an English version of Snatcher could have been a major selling point.

Not that visual novels are what the PC Engine was really about, anyway. This was and is the console for 80s shooters, and the list of classics included is long. Gradius, Salamander, R-Type, Fantasy Zone, Super Darius, Star Soldier, Gunhed, Winds of Thunder... this was the golden age of scrolling schmups and, at a certain point in time, the closest thing to the arcade was the PC Engine version.

The Gradius series, which includes Salamander, is my personal highlight among this bunch (sorry R-Type). These are not just blistering horizontal blasters, but allowed the player to exert some control over their weapon choices and cycle through the right tools for the job of blasting various alien nasties. Salamander is my favourite and honestly it's as much aesthetic as it is about the action: to this day I've never been so taken-in by a shooter's backgrounds and the weird living world they imply.

A nice touch in this regard is the software around the games. You can save up to four different states for every title, which allows a little personal level select that's very welcome in games like these. There are some built-in bonuses and cheat codes across the various titles, which helps with the period feel of the whole package. You can also choose from various display options, including a CRT mode, and change the aspect ratio. The console comes with one controller which may bother some but, given the nature of the machine and the launch price of £99.99, does seem reasonable (extra pads are £21.99, and there's a multitap available for the Bomberman nuts). 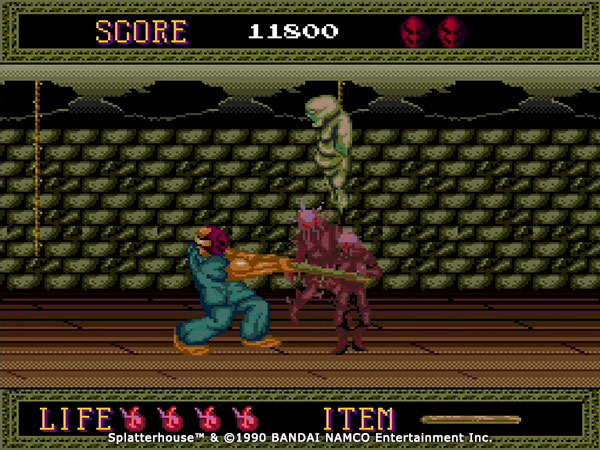 See, I hadn't even mentioned Bomberman 93 or 94, both of which are brilliant versions of this classic (even if the latter introduced those stupid kangaroos). Then there's Parasol Stars, the sequel to Rainbow Island which is every bit as high-quality but almost unknown in the west. Splatterhouse is in here, too, a game that's aged badly but still a good gory laugh for five minutes (and the sprite-work remains incredible). Much better is Castlevania: Rondo of Blood, both an excellent 2D action game and the moment where this series began to incorporate non-linear elements and a more sophisticated structure. Daimakamura, a semi-sequel to Ghouls and Ghosts, is amazing and will make you give up in rage after ten minutes.

Thing is, you know and I know that the games... they matter a great deal. But what matters more with a device like this is whether you care about it, whether you remember it and can once more feel that excitement of when this was one of the hottest machines on the planet.

This is a digression but, the other day, a friend of mine broke out his old SNES in lockdown and his young son observed that the games were "from before they had graphics." Obviously the boy should be whipped. But that aside, the PC Engine Mini is one of those things where, if you desire it, it's probably because you were there - or, at least, looking on from a socially responsible distance. All of these classic console re-releases are toys for grown-ups; our generation's madeleine cakes are pixels on CRT displays, and cherished memories of the Bydo empire's destruction. 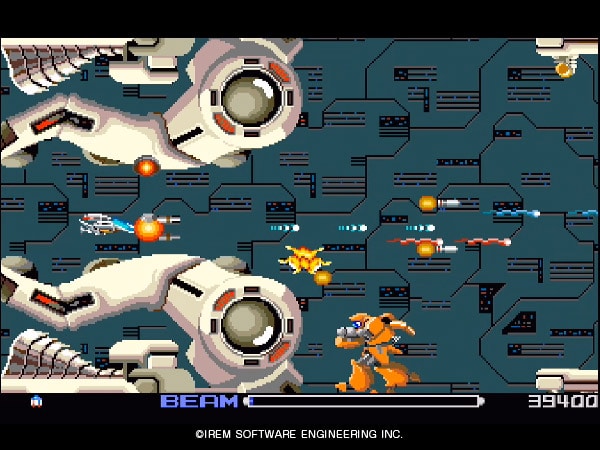 That aside, the PC Engine Mini is a great tribute to a great console, and oddly enough makes more sense to me than the NES and SNES Classics ever did. See, Nintendo never went away. Most of the games on those machines (with the exception of Starfox 2, an inspired inclusion) were available through eShop, later bundles or in portable versions: I'd never been in a position where I wanted to play Super Mario World but couldn't.

PC Engine software, on the other hand, never had the same afterlife. Hudson Soft was the machine behind this machine, and this developer's subsequent decline led to it first being supported by Konami financially, in 2001, before the companies eventually merged in 2012. I miss the bee logo. Your options for playing old PC Engine stuff before this were to be a naughty boy online, which obviously none of us would ever do, or spend literally hundreds of pounds on eBay, with many of the games included here going for crazy prices (Rondo of Blood alone would set you back at least £150).

So the PC Engine Mini pulls double-duty. This console was always a sexy beast, and now this tribute hardware preserves and opens up its corner in video game history. Whether you feel the urge to buy it or not... well, you knew that before you clicked.