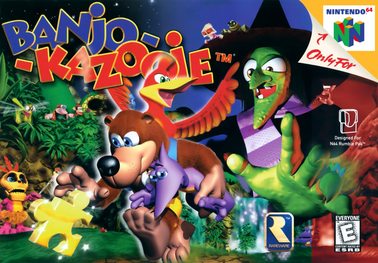 This is the most overrated game I've ever fucking played. For 20 years people have been telling me it's superior to Mario 64 and one of the best games ever made. What the fuck? The movement is utter garbage, and any platforming in it feels awful to do. It takes ages to get anywhere, the hub is overly large and complicated to navigate, and that half-hour quiz at the end isn't cute or funny, it's just annoying.

I genuinely don't get it. And it's not an age thing, either: I can play Mario 64 any day and it's still fun. Spyro came out the same damn year, and that's a great game. But this shit is just obnoxious. How far has nostalgia gone to painting Banjo's reputation?

Incidentally, I played Yooka-Laylee after this, and I genuinely found that game more fun. I don't get where the hate comes from.