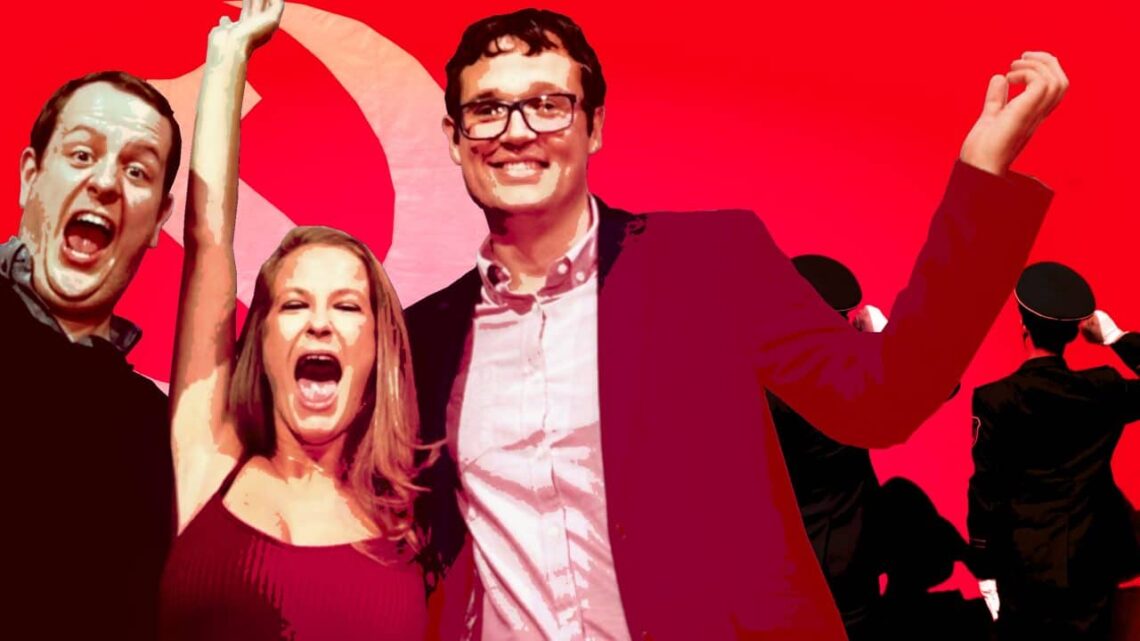 When it comes to censorship, China is an absolute mess. Despite becoming an economic superpower and embracing at least some parts of capitalism to enter the 21st century, the mentality of the Chinese government remains firmly authoritarian and deeply suspicious of humor.

Let’s start with the Winnie the Pooh silliness. Chinese president Xi Jinping really, really doesn’t like being compared to the lovable character. Winnie’s fat, and so is the President. That’s no bueno. Memes about him looking a lot like the old bear began in 2013 when a picture of Xi and Obama walking together was juxtaposed with a picture of Winnie walking with Tigger. Xi was again compared to Winnie the Pooh a year later during a meeting with Japanese prime minister Shinzo Abe, who resembled the depressed donkey, Eeyore.

The memes reached peak saturation in 2015, prompting the Chinese government to ban Winnie the Pooh and all its related imagery from its search engines and social media platforms.

According to Global Risk Insights, an image of Xi and Winnie during a military parade became the world’s most censored image because the Chinese government saw the meme as “a serious effort to undermine the dignity of the presidential office and Xi himself.” 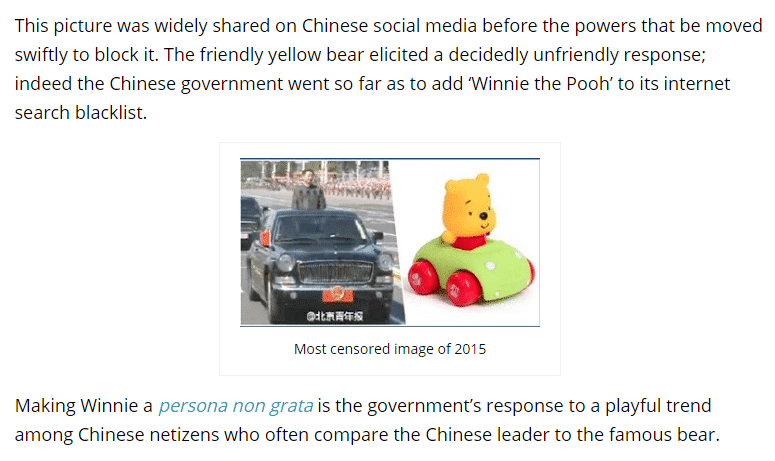 In 2018, China banned the release of Christopher Robin because of the potential offense it could cause the President. The HBO website was also blocked by Chinese censors after comedian John Oliver brought the issue to light by repeatedly making fun of the Chinese president’s apparent sensitivity over comparisons to Winnie the Pooh. And the bans haven’t stopped. Chinese censors are ramping up their efforts to clamp down on the old cartoon bear. 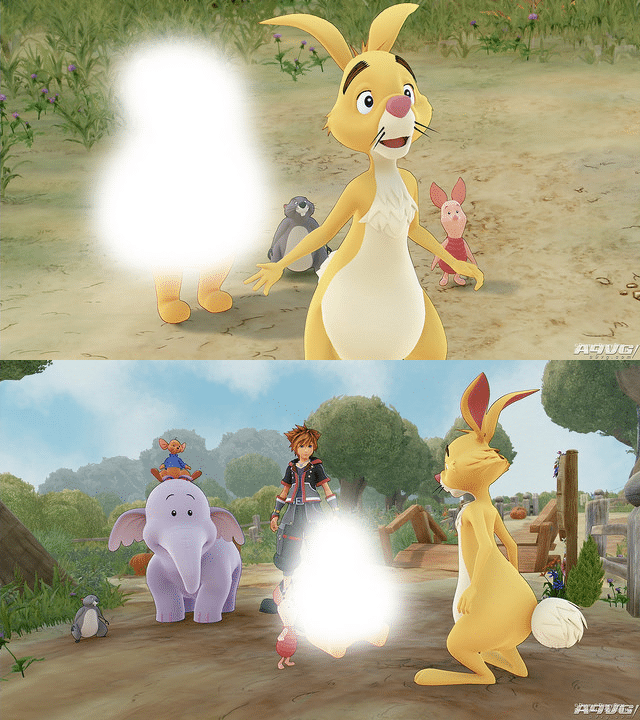 It’s similar to Sony’s new censorship policy of whiting out risqué visuals from its games on the PlayStation 4, but it may have to go a little further than that when they release the game in China, because the censors sure as hell don’t want to deal with even more visual comparisons of Winnie the Pooh and the Chinese president. It’s hard to imagine how the game will get released in China without Pooh being replaced by a different character or sections scrapped entirely.

The censorship of Kingdom Hearts 3 comes in the wake of Ubisoft’s decision to revert its censorship of Rainbow Six Siege, so it looks like at least one company is backing down from its stance of pandering to Chinese censors.

If you think we are of one voice in speaking against China’s censorship of video games, you would be wrong. Game journalists — a group of people that’s supposed to be dedicated to consumer rights and defending the artistic integrity of video game developers — has come out in defense of Chinese authoritarianism, casting it as the appropriate response to so-called “gamer entitlement.”

The author downplays the censorship as “minor aesthetic changes,” which is just newspeak and code for censorship. Describing those who complained about the censorship of Rainbow Six Siege as a “vocal minority with demands that would ultimately never be met, or so we thought,” the game journalist opines about how the game received negative reviews following the company’s decision to censor the game and describes them in entirely negative terms, stating that gamers quote unquote “bemoaned” the decision or that the outrage against the censorship was blown out of proportion by entitled gamers.

The censorship that GI.biz attempts to downplay is no different from removing entire lines or blotting out certain words from books like Huckleberry Finn because they may be potentially offensive. Batchelor says he doesn’t comprehend the outrage because it’s, in his opinion, not a big deal — certainly not as big as them replacing the entire art style to resemble an episode of My Little Pony.

So keen on attacking so-called “gamer entitlement,” the author willingly and unironically embraces Chinese censors, who no doubt seek to dictate content in any other work of art, especially art critical of the Chinese regime. The author admits that “yes, such modifications capitulated to the censorship of the Chinese government, as so many players nobly observed in their reviews. But honestly, how harmful is the removal of any of these trivial visual elements in a title where you still run around shooting people in the face? Was a neon stripper central to the vital message the developers were trying to send through the medium of online deathmatches?”

This is a man who doesn’t get it–one who would lead the charge against artists, musicians, writers, and programmers in his noble quest to put those entitled gamers in their place–all in favor of corporations making more money than god at the cost of pandering to communist authoritarianism. It’s a stance riddled in irony. Batchelor is so hellbent in his ideological disdain of consumers and their rights as consumers to recognize that he’d rather support authoritarianism and censorship than admit for a second that consumers — which is to say gamers — have a right to be entitled in their complaints.

Better than having western agenda pushed on your people`s mind

Here’s a more [de]pressing matter: https://twitter.com/minorujoeling/status/1065524520461623296
According this artist, who particular does BL, states that on Dec 1st, the government is going to go ham on pornographic content on their websites by turning the people against against each other for a reward.
https://twitter.com/YSFYC_CRT/status/1065835026468626432

On one hand, it’s forcing them to seek other platforms to post their stuff. On the other hand, 60000RMB is a lot of money just for snitching.

>Most of the blood has been removed from latest Tomb Raider game with patch
>There is no official statement in any patchnote and no media talked about it, just people over at
>http://www.tombraiderforums.com/showthread.php?t=221858&page=2 recognized.
>The blood ingame has been significantly decreased with a patch.

>There is also this Polygon article https://www.polygon.com/platform/amp/2018/10/11/17961496/tomb-raider-death-animations criticizing the amount of death animations in the game

>As with most strange censorship these days, the answer is probably “Chinese Market”.

It’s strange you have VPN ads all over your website but you don’t mention anything about how a VPN can actually help people in China to bypass the geo-restrictions. I’ve been there and used NordVPN to access Twitter and Instagram as well as my email, I can confirm that it worked.

Imagine if any other product manufacturer called their consumers entitled. There would be no end to the uproar but these cunts get away with it time and again. Why are gamers such door mats?

Gamers let themselves be blinded by graphics and enticed by gameplay while ignoring the blatant propaganda pushed in the games they keep purchasing. All they care about is getting their fix, no regard whatsoever for the people whose pockets they keep fattening. 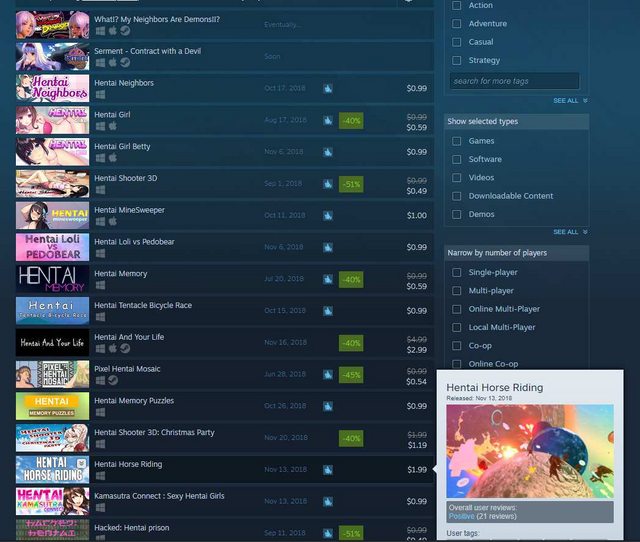 Serpentza has been talking a lot about China really ramping up the propaganda and censorship lately. Even this one from yesterday: