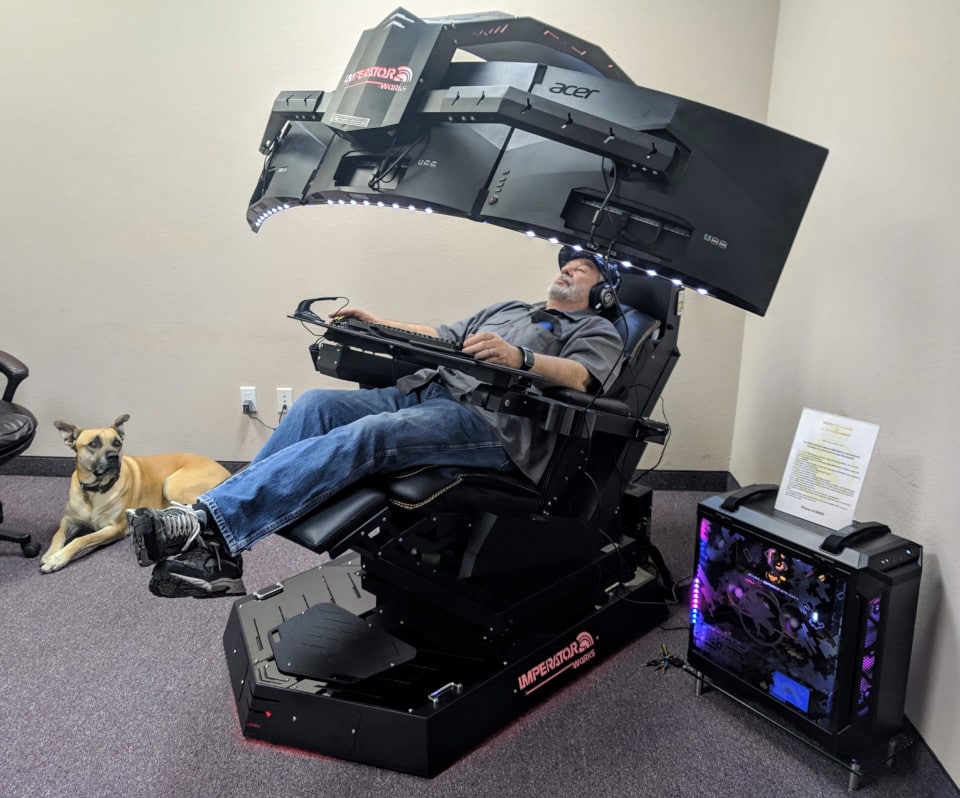 Every gamer has one thing in common: they need a battlestation to pilot. A battlestation is not just about the specs of your gaming PC. It's also about the comfort of your chair, the serenity of your environment, and achieving maximum aesthetics through decadent amounts of technology and LEDs.

There are people with a lot of disposable income (or rich parents) who are passionate about creating the ultimate gaming environment, and who like to show off what they've built in battlestation threads on Ganker and on the r/battlestations subreddit. We have collected some of the very best of them. (PS. Also check out our companion piece with only retro battlestations.)

Starting with this absolute beast

It even comes with a massage mode according to OP. 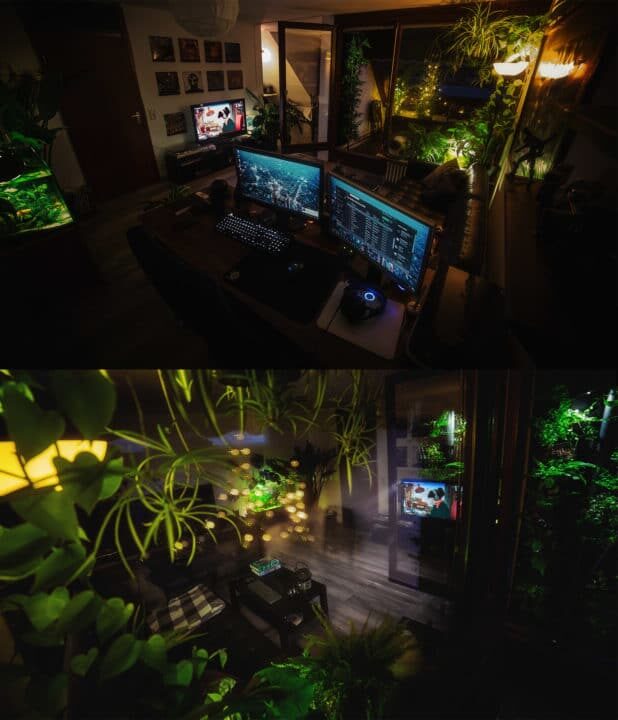 If you want to play your video games while feeling like you live in a jungle, don't let anybody stop you. This absolute madman has a passion for plants and spared no money chasing his dream battlestation. Its not just the ridiculous foliage that make this battlestation exceptional -- this setup includes two monitors and a separate entertainment stand nearby to watch movies or cast videos. 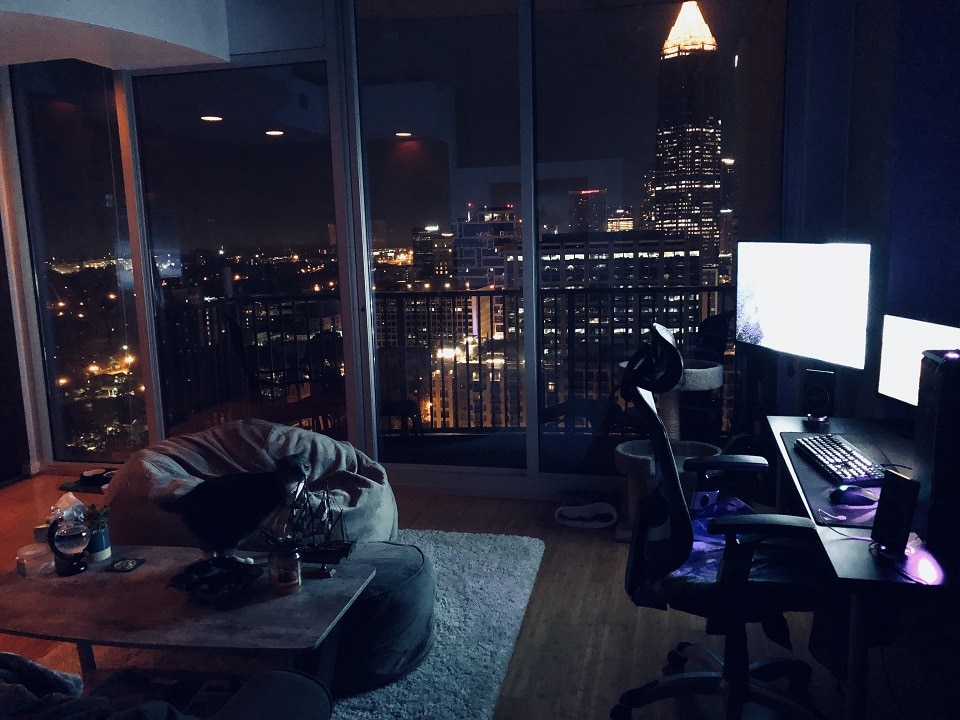 "Dude you need to get some curtains so the whole city can't see you fapping."

This battlestation is like a mixture between a night club, video game store, and your buddy's basement. The psychedelic art that covers the walls gives this setup a nice aesthetic, and the LED lights enhances the psychedelic effect. The "store display" which features classic video games and comic books is also a nice touch. The setup itself uses a mounted monitor with a tasteful anime girl wallpaper. 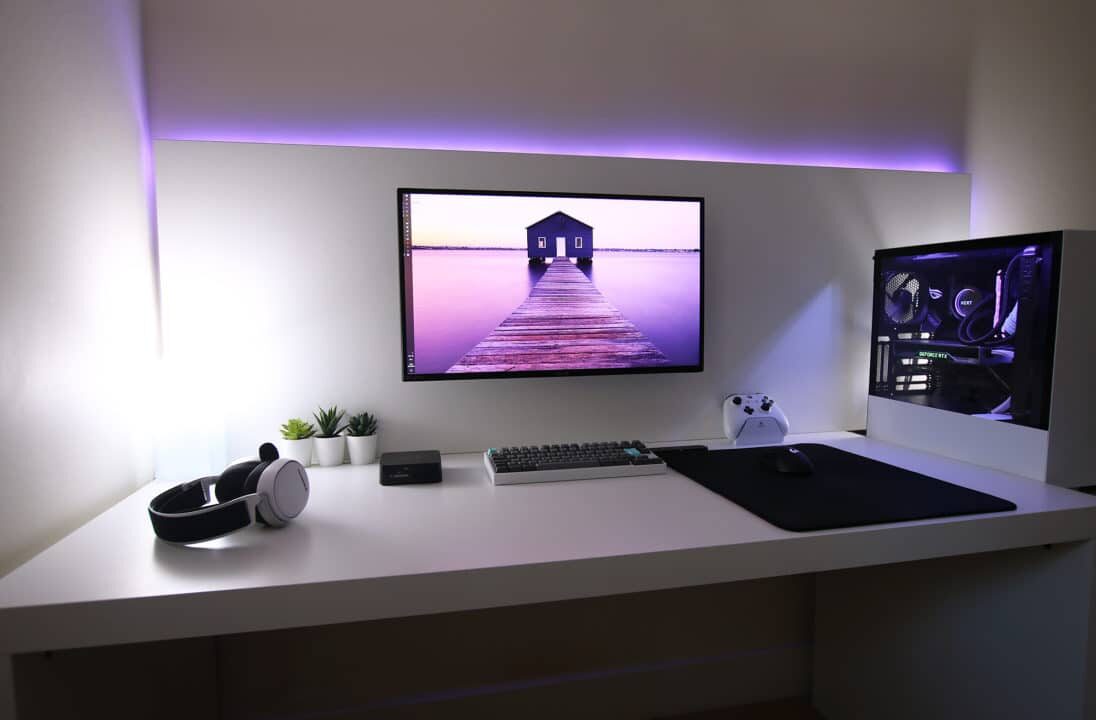 This minimalist setup is perhaps the most affordable battlestation on this list, but it still comes with a high price tag. One thing you might notice about this setup is the complete lack of wires -- this battlestation uses a mounted monitor and wireless headphones. This setup also features a digital-to-analog converter, an expensive device which is used to provide high-quality sound. The PC itself is also quite impressive, with its expensive components on display for the world to see.

Yet another psychedelic battlestation 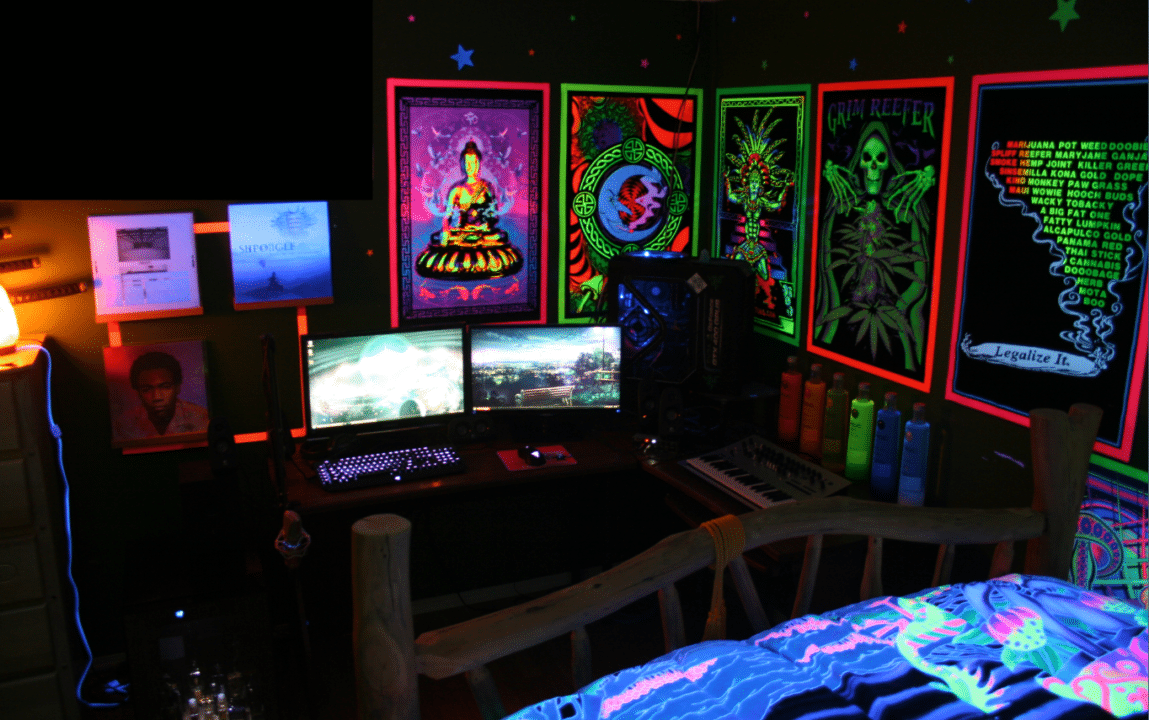 I promise this will be the last psychedelic setup on this list, but it was just too flashy too resist. This cozy battlestation gets extra points for being in a corner and right next to the bed -- who wouldn't want to hop out of bed and start gaming right away? I'll be the first to admit that the posters and LED lights are a bit tacky, but everybody has different tastes. This setup also features a synthesizer, which I can only imagine is used to make trippy electronic music. 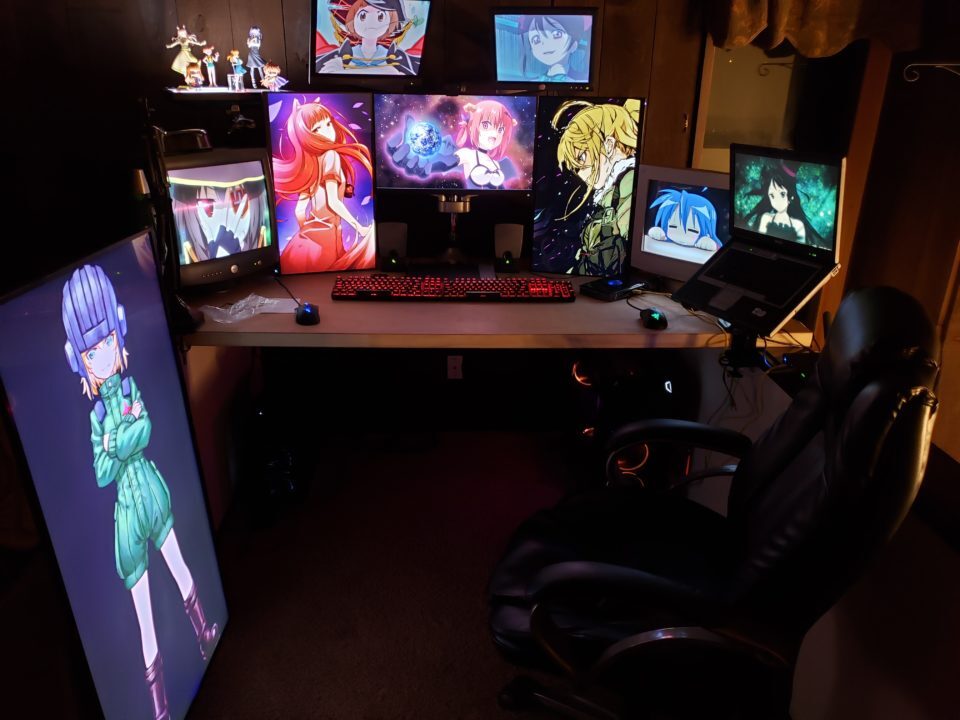 It's not enough for some people to watch anime on a single screen. Instead, some ultimate weeaboos need multiple screens to watch nine different Japanese cartoons at one time. This battlestation is pricey based on the monitors alone, but I'm willing to bet each of those anime figures cost at least $100 each.

We use the term "battlestation" but nobody has fully embraced the essence of a battlestation quite like this man. This battlestation is equipped with lots of LED lights, a uniquely mounted monitor, classic joysticks, and a swivel desk for the keyboard and mouse. This battlesthip looks like it came right out of a space movie, but it's someone's everyday gaming setup. If you want to fully immerse yourself in your video games, this is the way to go, but good luck affording all the components.

Just a truck driver with a PC and a dream 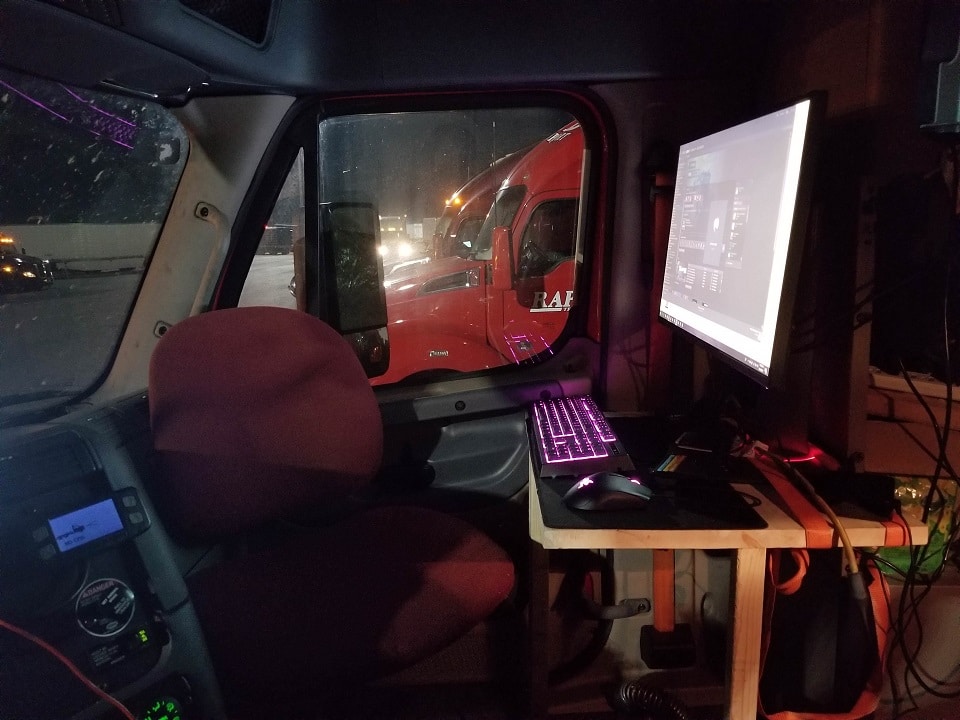 And yes, he confirms he's played truck simulator games in it. 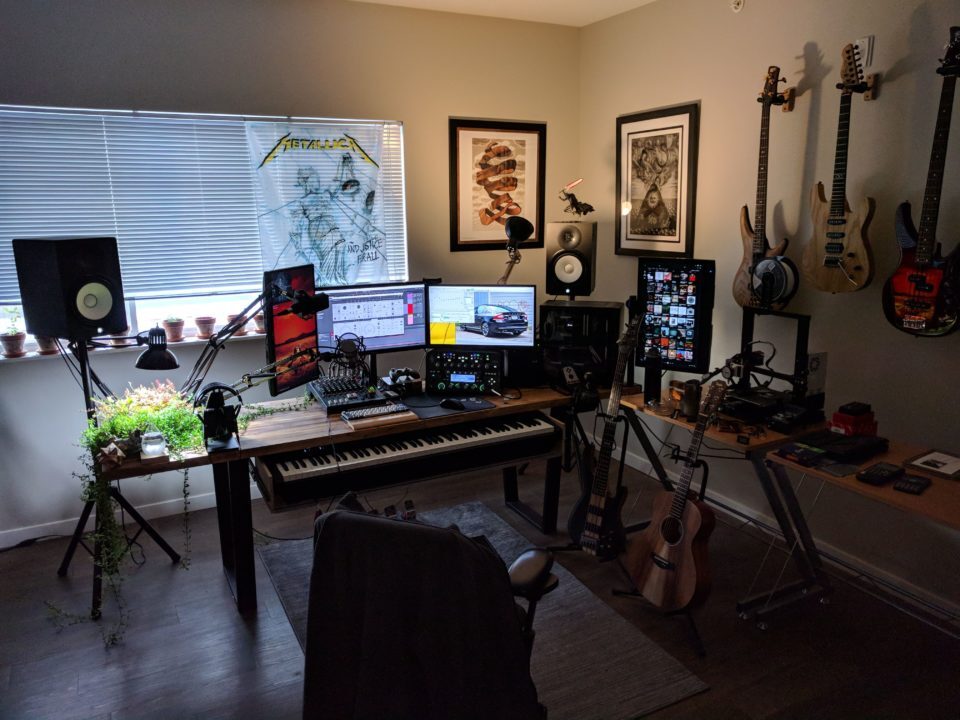 If you've ever walked into a music shop before, you already know that this setup has a high price tag. This battlestation easily costs several thousand dollars with multiple instruments, microphones, monitors, and a bunch of expensive equipment. If you're into music production, this is an ideal home office. 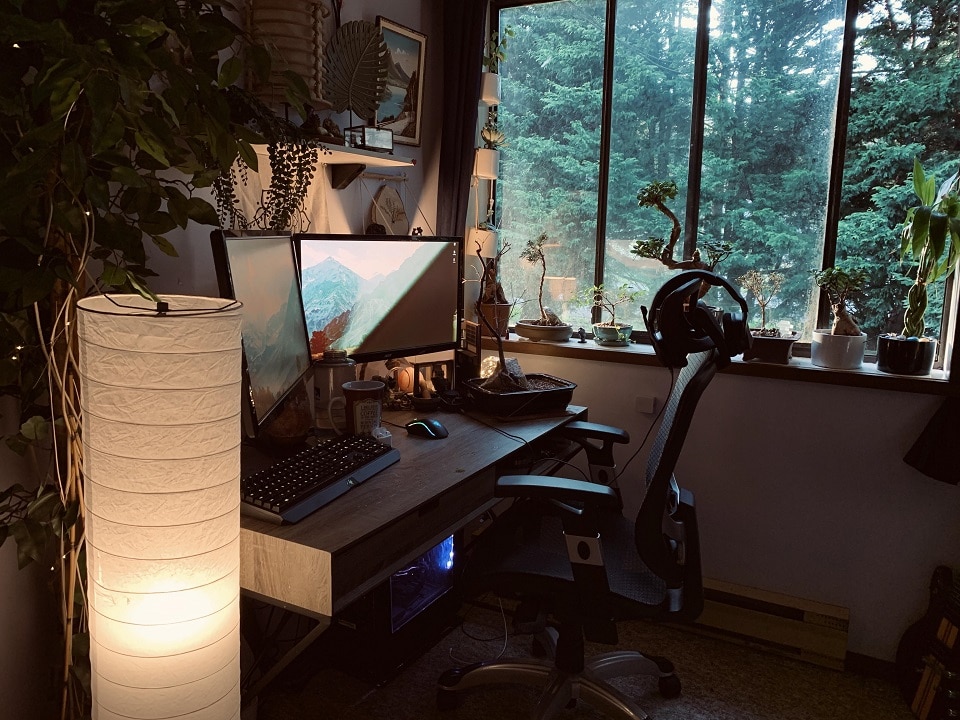 So tranquil you could lower your insurance.

An even better musician's lair 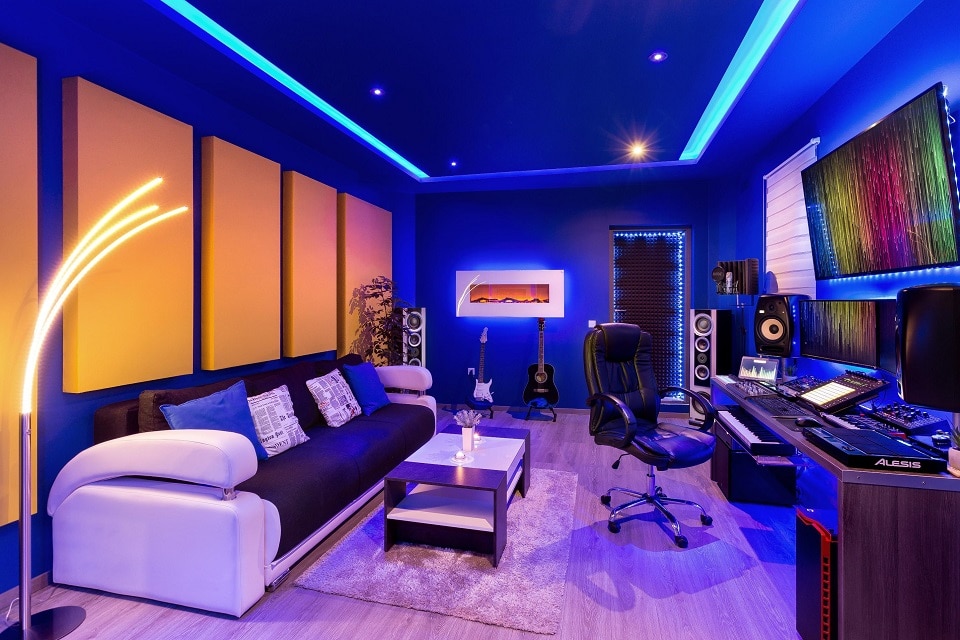 For people who want to replicate it, OP writes that "whatever financial calculations you make, always add 20-30% on top of that to make sure you don't have any additional costs later." 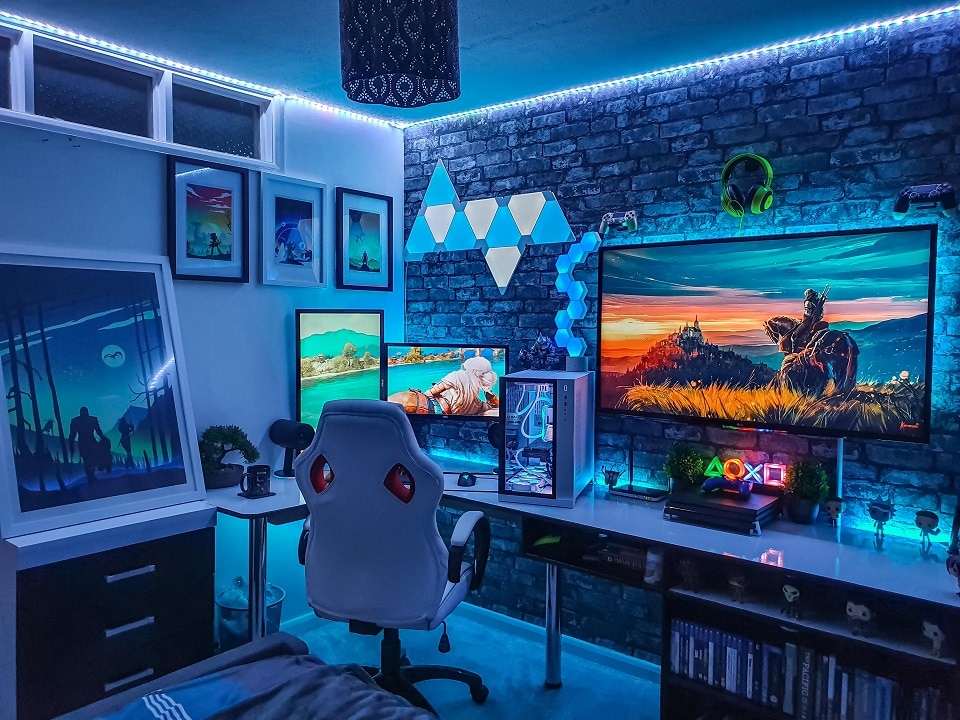 "I want specs. Of everything. Even the carpet." 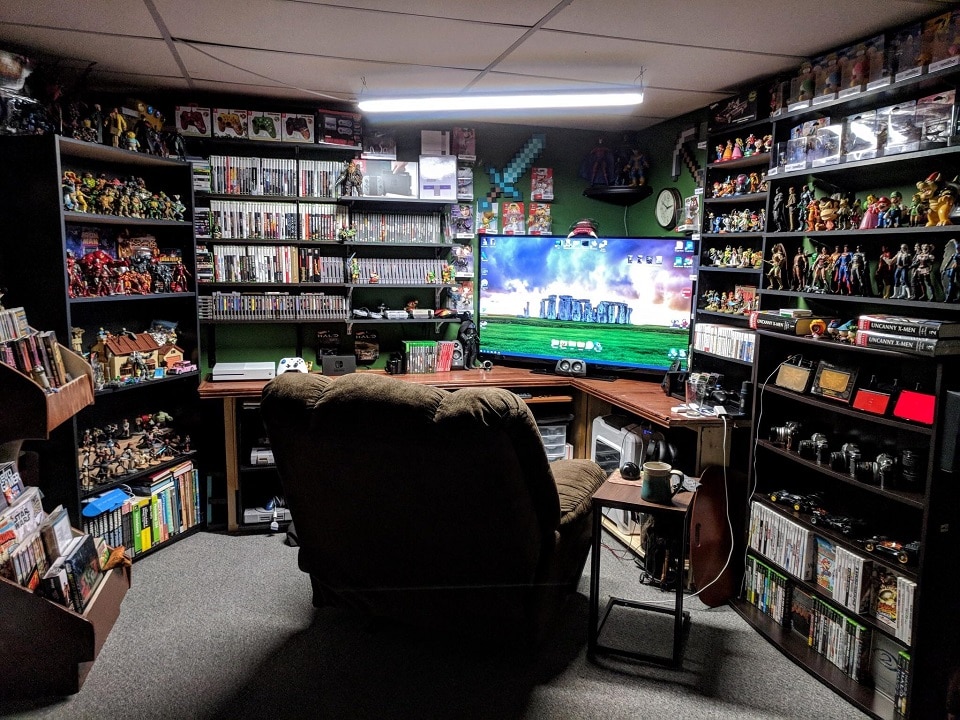 "So you put an easy chair, monitor, PC in a gaming store," commented u/bllius69. 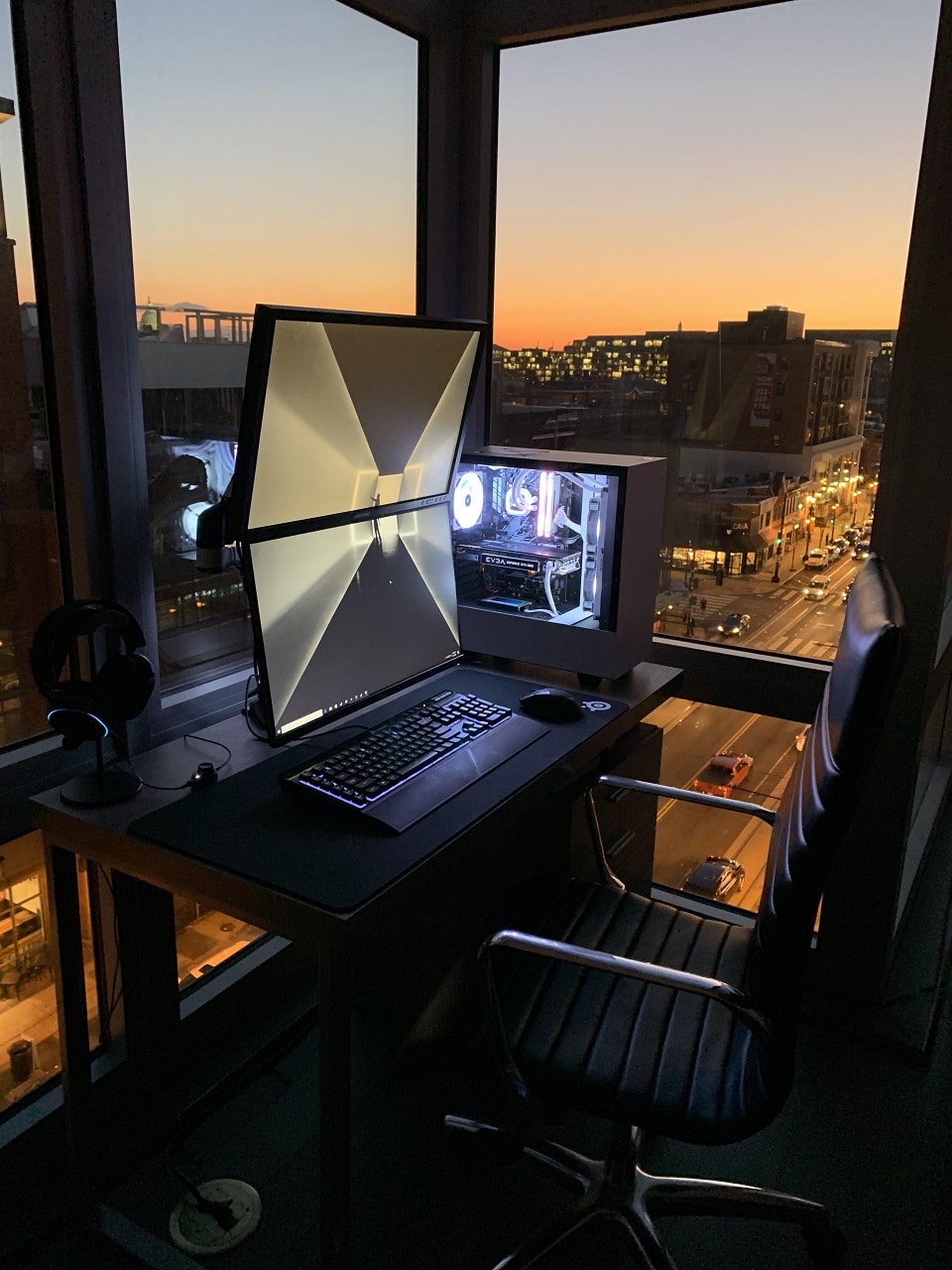 "Definitely a great location, but I would be paranoid of someone watching me." 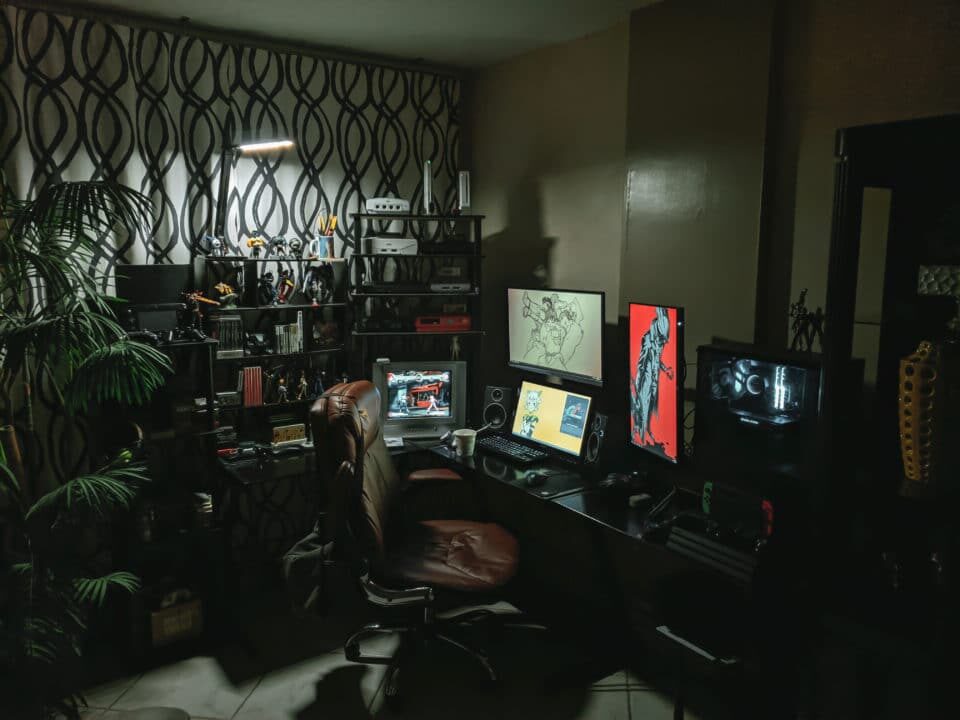 There seems to be only two types of battlestations -- you either go extremely minimalist or you pack as many things into one room as possible. This battlestation managed to fit several video game consoles, monitors, figures, and more by using lots of shelves. Most battlestations aren't able to pull off the "lots of shelves" look, but this setup seems really comfortable.

So what's your pick, and are you willing to post your own battlestation?