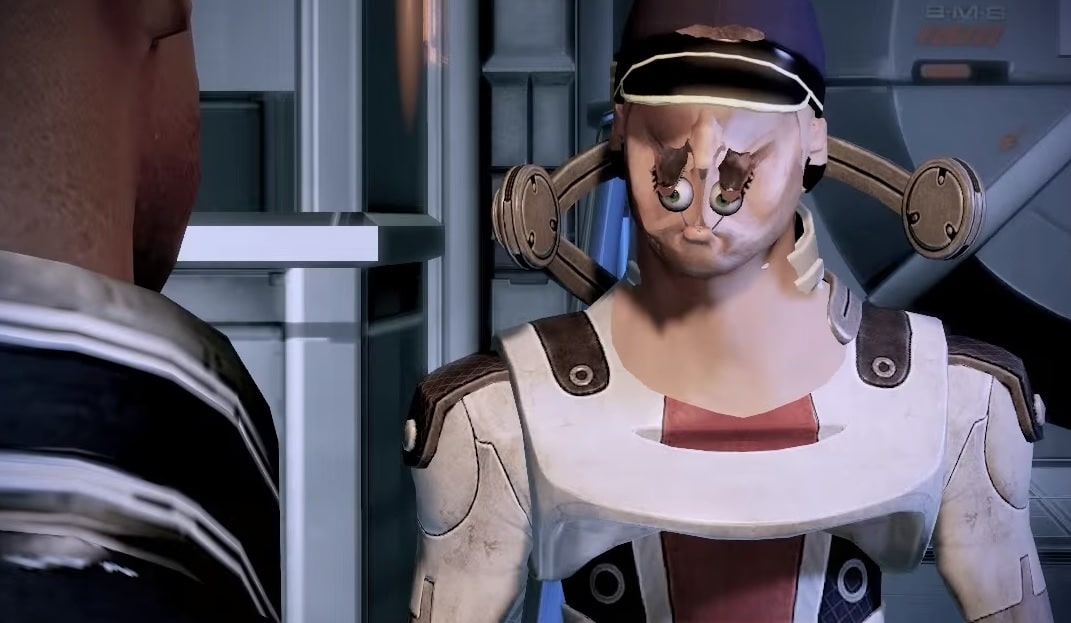 Prep the Derp Drive, Joker, and set a course for epic lulz. Things are about to get dumb. Days of YouTube lurking led me to this fantastic collection of unintelligible, side-splitting nonsense. I’m starting to believe that the creators of these videos were on some seriously hard drugs and I am concerned for their well-being. Because they need to keep making these.

Their ranks were originally determined by the amount of time I spent slamming my face into my keyboard while I laughed, yet I discovered sometime later that they really can be viewed in no particular order. Number one just happens to be the video that about pushed me over the edge of reason. It was beautiful.

Thane gets smothered by an elcor Shepard. Then, he dates it. It’s like watching a frog try to climb an elephant.

Shepard does not want.

Illusive Shepard knows it’s a heavy risk, but the priiiize…

Terror in deep space as Thane tries to escape hell on the Normandy.

Ok… well, it’s not quite a mod video, but it’s the best damn compilation of punches paired with Captain Falcon’s theme. Watch it.

The tasteful music almost leads me to believe that this was meant to be touching rather than terrifying.

Pyjacks are dancing, Hitler Shepard demands attention, and Reaper Hybrid hits on a dude. I spit all over my monitor.

Anderson was always such a badass.

This may also be referred to as “the biggest pile of lul-inducing WTF that you’ve ever see.”