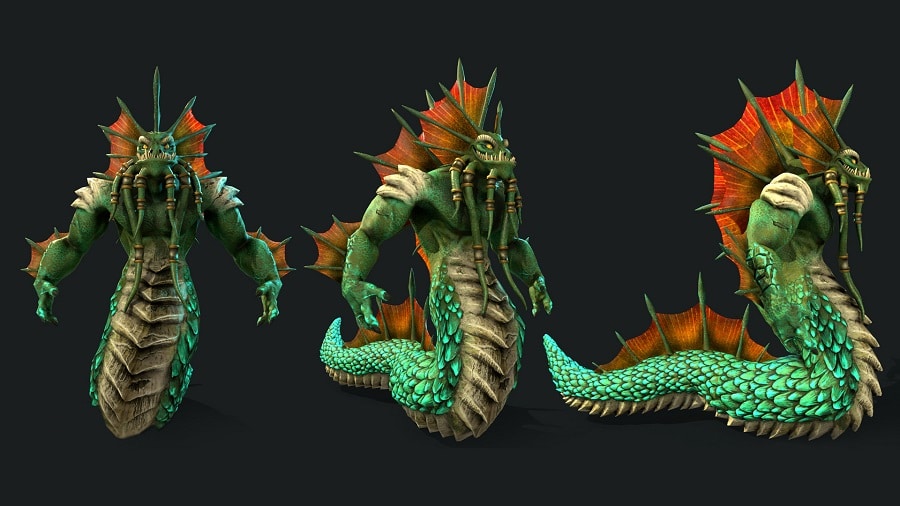 Twitch has permabanned a whole slew of users for referring to World of Warcraft’s snake-like monster race called nagas. 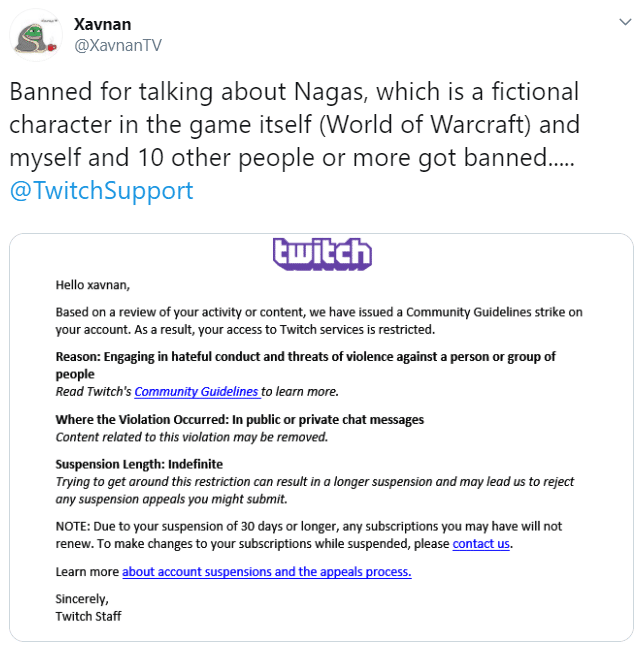 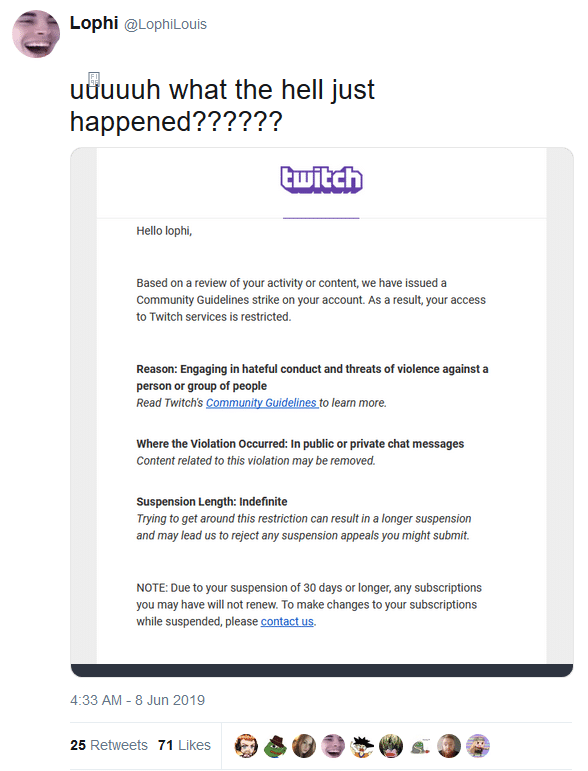 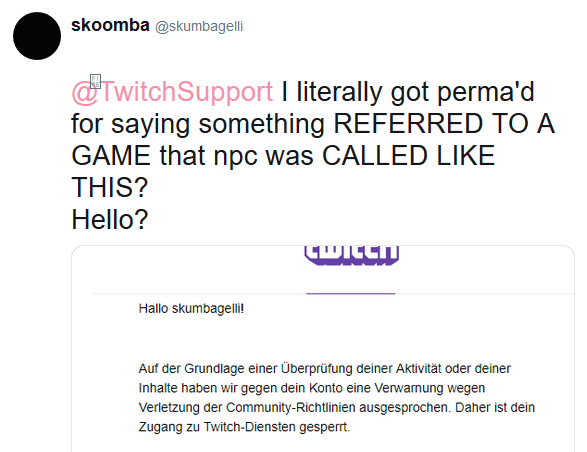 Twitch, which apparently has never heard of the world’s most popular MMO despite it being constantly streamed to high view counts, believes ‘naga’ is a secret conspiracy code word referring to black people.

The situation is believed to have started with a (now deleted) clip of Savix_Tv, in which he says he “shot that Naga.”

The context was following – We were hosting a streamer called Savix, and we were going to spam "Shot that nagas PogYou", and the reason behind that is because we referred to a clip of Savix saying just that. If you want a clip of him saying it, here you go https://t.co/A2bUdEEq3L

While Savix himself didn’t get banned, a lot of users referencing it was.