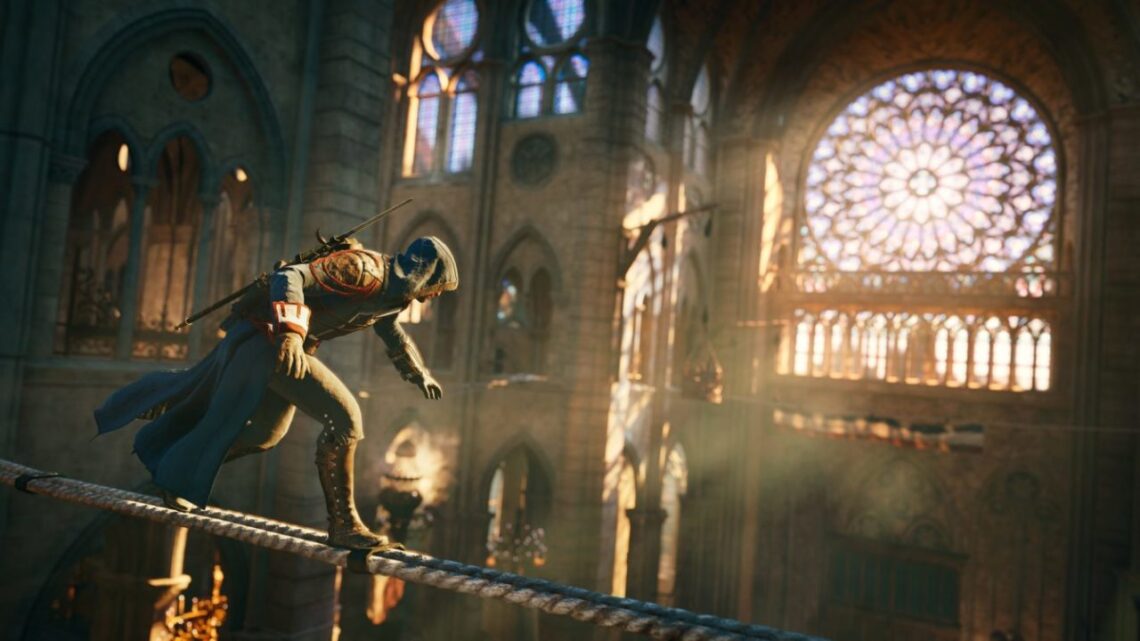 The almost 1,000-year-old cathedral was severely damaged in a fire earlier this week that consumed its main spire, the entirety of its roof, and much of its wooden interior.

The studio, which faithfully recreated the historic site in Assassin’s Creed: Unity, is also offering the game for free on Ubisoft’s Uplay until April 25th to gamers on the PC to honor the iconic Parisian landmark.

“We want to give everyone the chance to experience the majesty and beauty of Notre Dame the best way we know how,” wrote Ubisoft in a public statement.

The studio is headquartered in France and is the publisher behind some of the decade’s biggest games, including Rainbow Six: Siege, the newly released The Division 2, Anno 1800, and the upcoming Beyond Good and Evil 2.

As with most of the titles in its long-running series of open-world action games, Assassin’s Creed, Ubisoft’s commitment to detail in Unity may even help with the reconstruction of the site directly. At this point, the studio is not involved in rebuilding the site apart from its donation.

“We would be more than happy to lend our expertise in any way we can to help with these efforts,” said an Ubisoft spokesperson. “It is important to keep in mind that what we did for the game was not a scientific reconstruction but rather an artistic vision. While we wanted to be very precise with details, there are some differences in terms of scale.”

Other entertainment publishers and studios involved in helping to fund the reconstruction includes Disney, which made The Hunchback of Notre Dame, which pledged $5 million to the effort.

I love seeing a big game company step up and do something like this as i feel they get ripped apart alot of the time for ripping people of and mircotrans. good job Ubi!