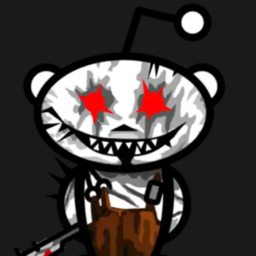 We can all agree Dead By Reddit is the worst horror game right?
I haven’t even played it myself, but from seeing others play it, it sounds absolutely fucking terrible.
First off it commits the cardinal sin of placing you in a forced team. It’s not an assigned class or anything, it’s a forced team you need to work with. You can’t just leave them behind to survive or anything. You’re stuck with them.
Next it has a bunch of unwritten community rules for everyone for some dumb fucking reason I can only assume, because it has a large female player base.
You can’t stab someone more than once at a time, or follow and target someone.
You can’t avidly try avoiding killers or over use flashlights or whatever.
If you try going in to give it your all, you’re considered toxic.
It doesn’t help that it’s contradicting itself with what the devs do. But from what I have seen there isn’t anything of value to this game. I assume It’s only successful for licencing horror ip’s so normalhomosexuals only like it for that, I hope at least.
But for anyone else with a iq over 90, just watching it 2nd hand should turn you off from ever playing it. It’s the gayest horror game I have ever seen.

23 thoughts on “We can all agree Dead By Reddit is the worst horror game right?”