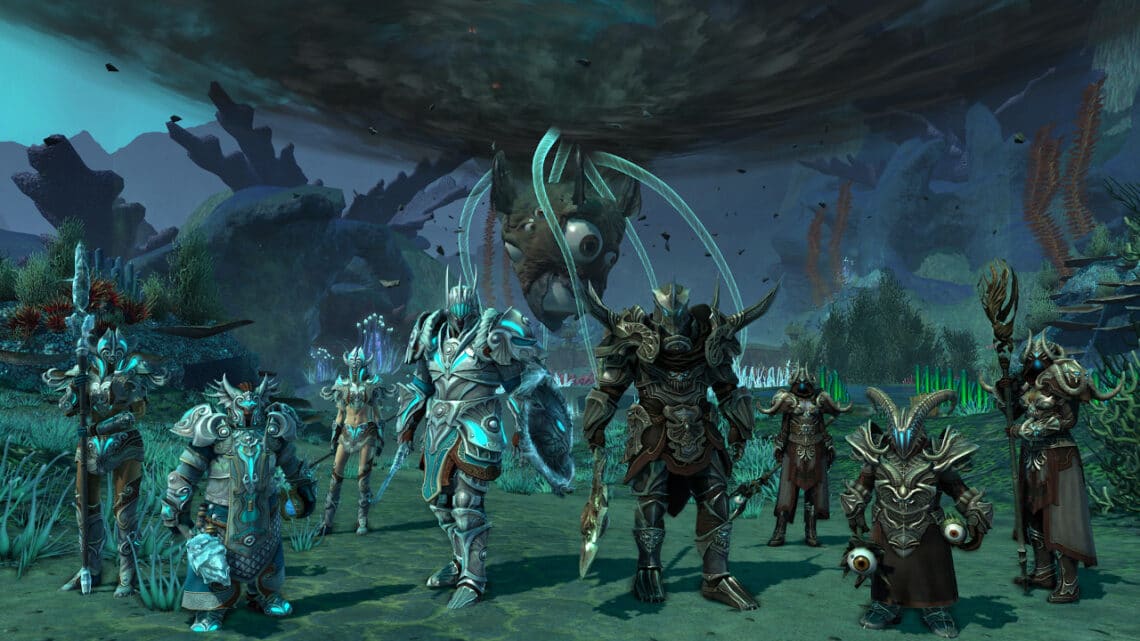 MMO’s like World of Warcraft are everywhere, sucking up time we would otherwise be wasting on meaningful, human contact. But when’s the last time meaningful human contact got you Shalug’doom, the Axe of Unmaking? Probably barely ever.

To the casual internet user you might think World of Warcraft is the be all and end all of MMO gaming, but in truth it’s merely the tip of the iceberg. There are literally dozens of other ways you can eschew reality and pretend to be a hero or super powered villain without ever having to stop eating corn nuts or face the sun. And with all those choices, surely there’s something to be learned about you from your preference in gaming… 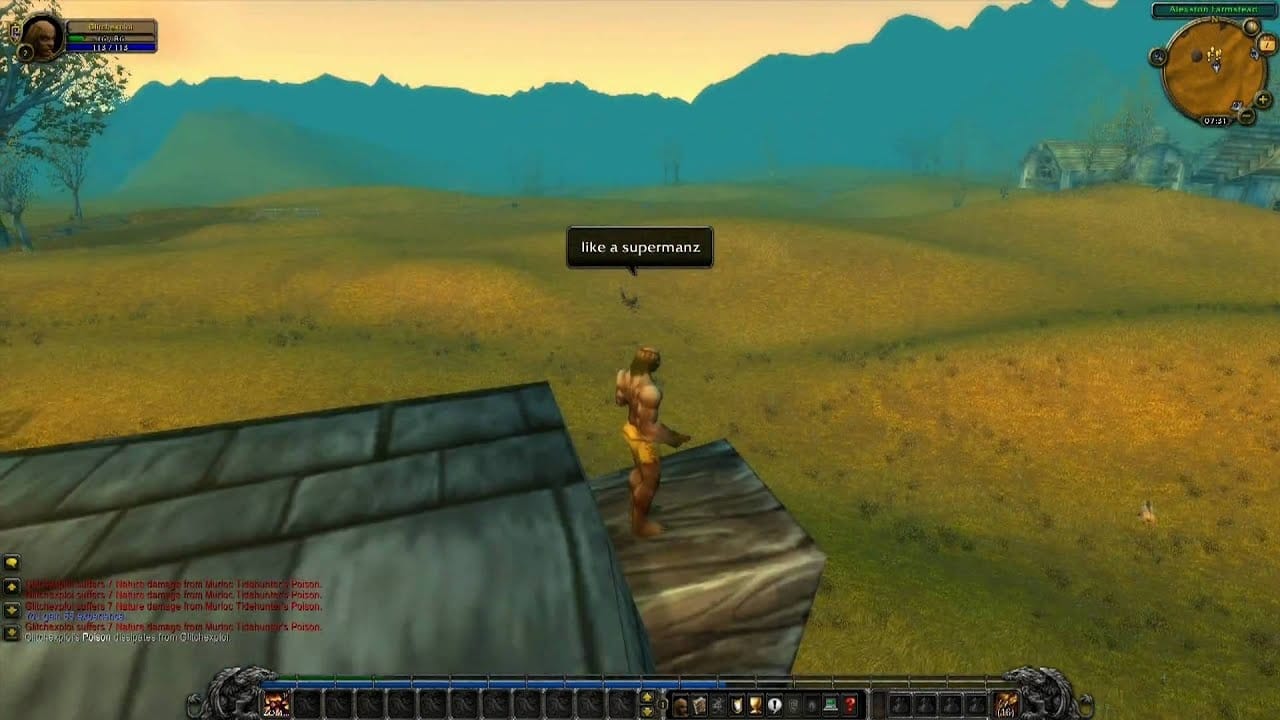 You could shop at Target but you prefer WalMart because you know exactly what’s waiting for you when you get there. You don’t want to waste time on crap that may not work when you have everything you need right here anyway.

You like the idea that you can put on a headset and order strangers around, plus you’re cool with spending several hours trying to think of a hilarious and unique guild name, only to fly into a rage when you learn it already exists on a different server. Once you calm down, you will spend several hours thinking of a clever and hilarious name for your rare spirit crab pet never once pausing to appreciate that no one will ever fully understand the words ‘rare spirit crab pet” if they don’t already play WoW.

There’s a 90% chance you’re prone to sitting in a main city for hours on end spewing vulgarities in trade chat rather than actually playing the game, meaning you didn’t choose Warcraft necessarily for the gameplay, but because you’re so desperately afraid of being alone you need a guarantee there’s going to be someone online to talk to. 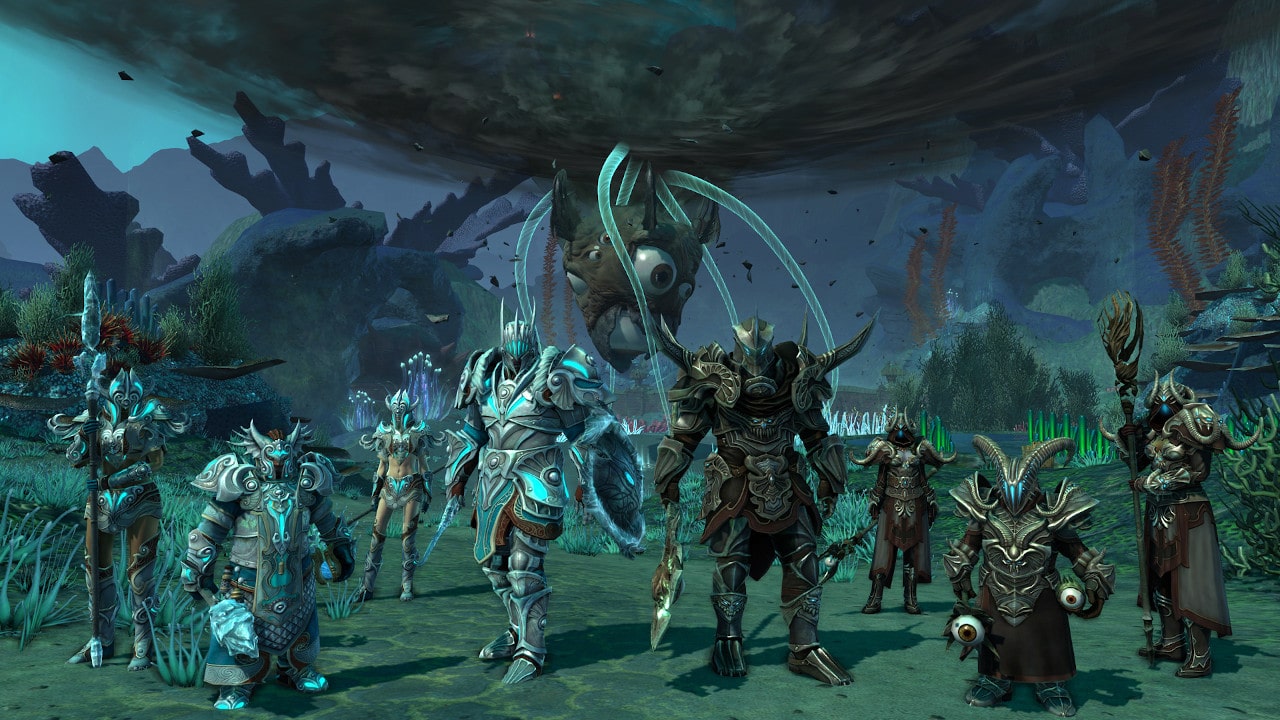 You used to play WoW but you’re even more socially maladjusted than the average WoW player and felt that WoW owed you something it wasn’t giving you, so as a big middle finger to Blizzard you took away that $15 a month that will leave them scrambling to make ends meet at the food bank this month by packing up shop and heading to Rift, the newest MMO that wouldn’t exist if not for WoW.

You thirst for adventure but don’t want anyone to have a leg up on you so you need something new, plus you like the idea of being able to speak authoritatively about an immersive world no one else knows about, even if no one else cares about it either. You will be back playing WoW by summer. 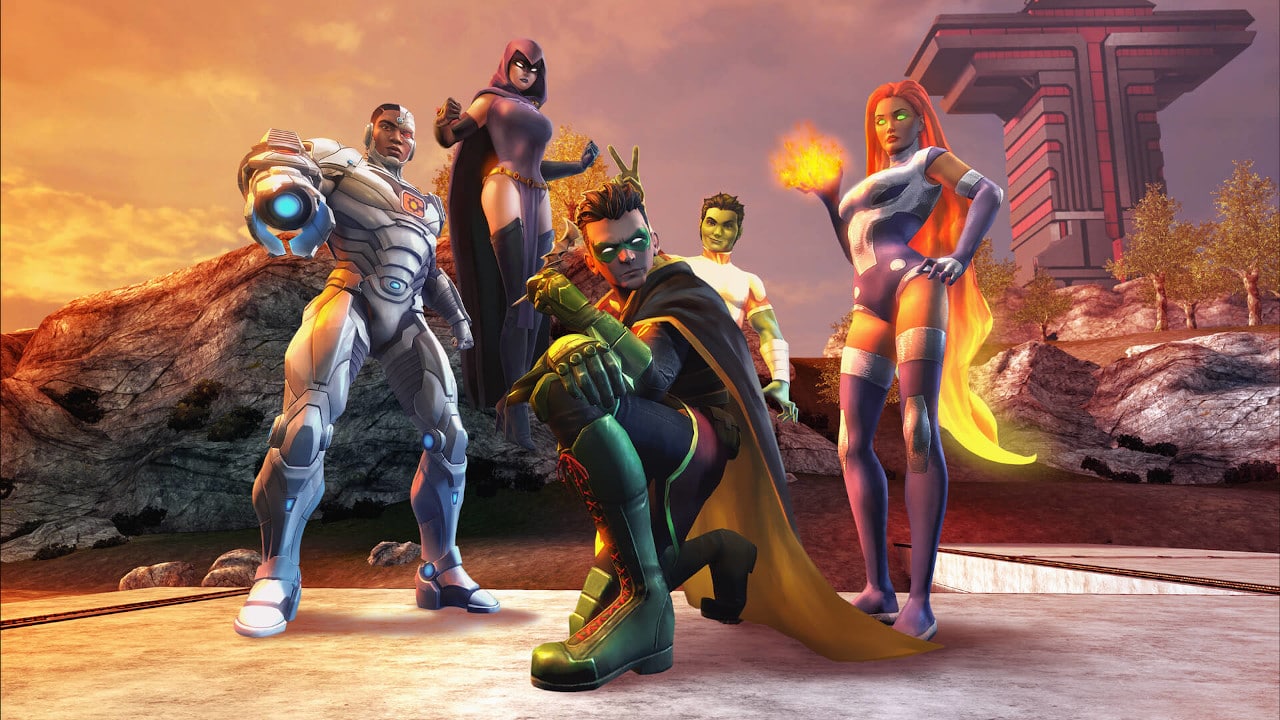 You also used to play WoW but hated the way you couldn’t wear spandex or make topical references to Gorilla Grodd. You don’t actually enjoy the game physics but pretend you do because you paid to play the damn game and you’re going to like it no matter how many other characters look exactly like yours, forcing you to change the look (but not the functionality) of your shoulder armor pretty much every day.

You have a soft spot in your heart for Rainman and, as such, don’t mind the fact that really there’s only about 3 or 4 different missions from level 1 through to 30 and you’ll be doing them many, many times. You also tend to make “pew pew” noises to yourself while you play.

Lord of the Rings

You know you used to play WoW, but you felt that LotR was a more pure form of MMO entertainment, since it was based on real literature, and not just a game that used to be 90% chopping wood and 10% swearing when an opposing army attacked in the first 5 minutes while you were still building a barracks.

You have equated playing as a Dwarf Minstrel with being a more mature gamer, and are more apt to be cool with roleplaying while in character and hope that your mastery of Middle Earth speech patterns impresses at least one girl you play with. You have, at least once, tried to reenact a scene from one of the movies. 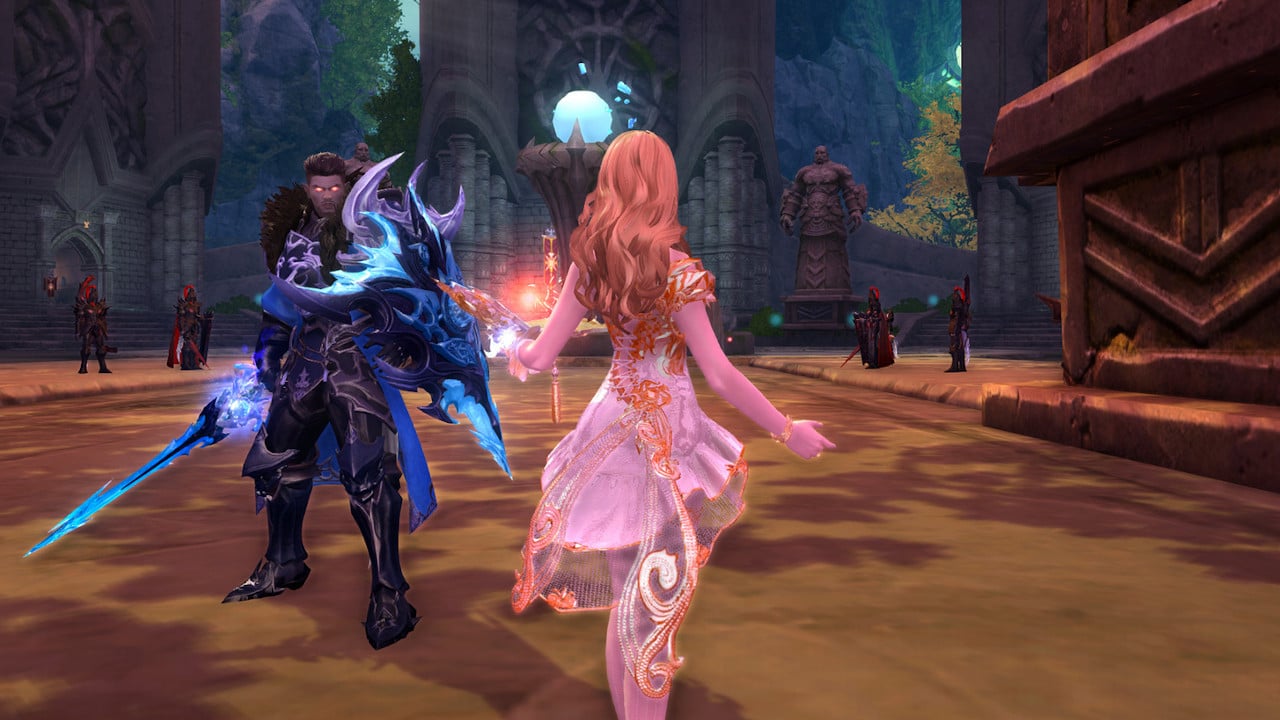 You’re the emo kid of online gaming, striving to be different by doing what everyone else is doing. You want to relate to the Asian aesthetic in the game because it makes you feel a bit like a ninja, or maybe Akira, but definitely something Asian and ass-kicky. And a little sexually disturbing.

You consider yourself arsty and may have bookmarked Deviant Art at some point in time. You like the idea of LARP, but not the idea of other people upstaging you with better costumes. Or the idea of being outside. You have discussed television shows with other players as though they were serious art. You like True Blood. 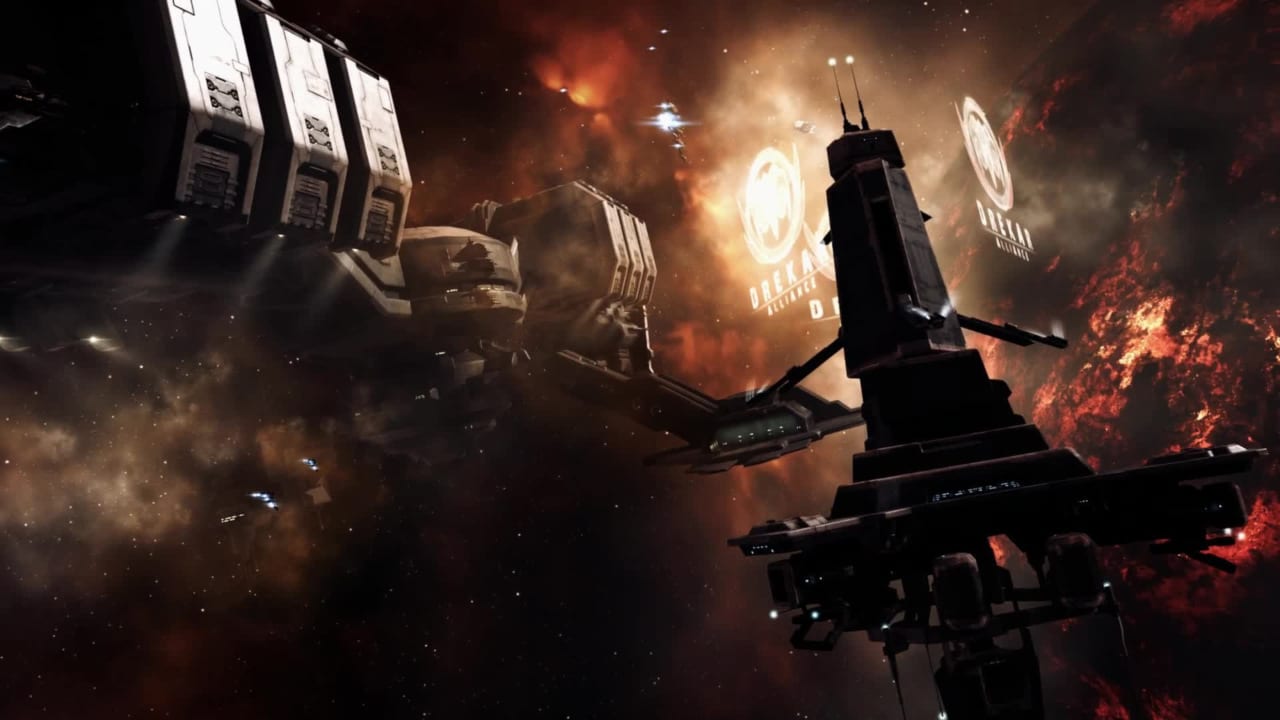 You are a criminal at heart and appreciate that no one in EvE exemplifies basic human decency, including game designers. You pretend to be affronted when people accuse you of things like lying, stealing or shitting on the toilet seat, but that’s just because you’re very dishonest and like to make people feel bad, even when they’re right.

You don’t really enjoy the fantasy-based MMO’s so much but you like that, since EVE is sci-fi, it could totally for real happen one day, so this is more like research and training than gaming. You probably know the Prime Directive.

“EVE is sci-fi, it could totally for real happen one day, so this is more like research and training than gaming”

I got one: Everquest – you’re goddamn cheap and won’t even ignore your girlfriend for a CURRENT game. My poor sister…