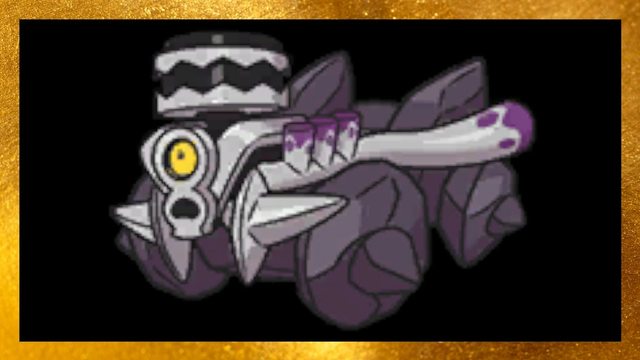 When did Ganker get stockholm syndromed into liking objectmons. (reminder that objectmons are pathetic and you are a retard for liking them).

I remember during XY leaks, the board rightfully had a meltdown when klefki was leaked. Then over time retards started becoming desensitized and saying "OMG KLEFKI MUH POKEBRO, IT'S LIKE KINDOM HEARTS 0w0!!!" Then There was some deserved backlash against pallosand because they literally put eyeballs on a fucking pile of sand "BUT OMG IT TOTALLY MAKES SENSE BECAUSE GHOSTS LOVE SAND AND OBJECTMONS ARE ALWAYS OKAY AS LONG AS YOU MAKE THEM GHOST/FAIRY TYPE!"

Now creatively bankrupt squiggles like milcery or stupid ugly nonsensical pieces of shit like carkoal that don't even make sense in universe are immediately met with roaring acclaim. "WHO NEEDS MEGAS, I'M GLAD THEY WERE CUT, THEY ONLY DREW AWAY ATTENTION FROM MY FAVORITE POKEMON, A FUCKING SPLASH OF MILK WITH EYES"

At least nobody ever talks about revaroom, but how long until people start writing revaroom fanfiction and filling their instagram stories with this stupid fucking engine with eyeballs?