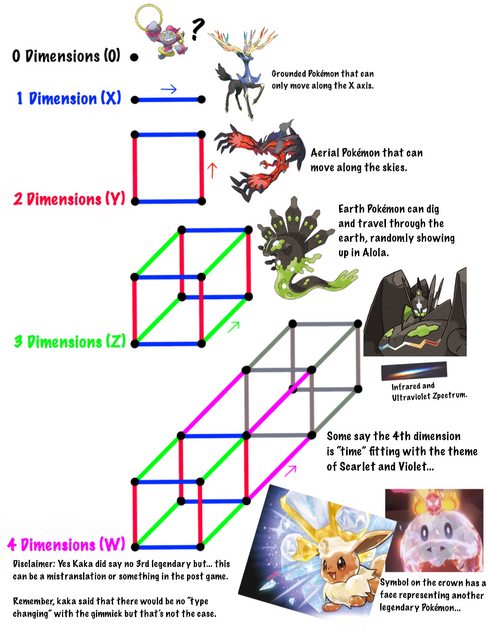 We have X, Y, Z, and the W dimension some refer to as “time” which fits with the S/V theme. And France is so close to Spain connections seem likely, even the whole Terestral phenomenon, flowers on the head of the Pokémon sounds like something Kalos would do. I just imagine a Floette wearing a grass crown.

This symbol for the phenomenon has “eyes” which could be tied to another legendary, a third legendary that’s not related to Koraidon/Miraidon but instead tied to the Terestal gimmick.

Maybe it’s not even a legendary but instead a gimmick, you have to collect all the crystal balls like dragon balls to summon this Pokémon in an ultimate raid battle.

Yeah kaka said no 3rd legendary but it’s possible he never finished post game and things are prone to mistranslation ie; He said that the gimmick wouldn’t involve type changing.