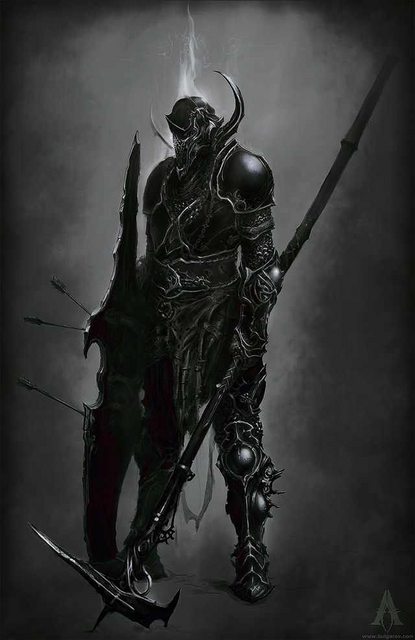 How is your playthrough coming? I'm on my 3rd time and I'm using only Hymns. The game is way easier if you find Ulius' Pinky Toe as it lets you summon 3 extra players in addition to the normal 4. I'm 532 hours in and it feels like I'm only just getting started! Anyone else overwhelmed by the sheer scope and quality of the world and lore? Favorite quotes? Mine has to be the Dranius fight
>Alas, it has come to this.. you seek to prolong the existence this fragmented world. Ah yes, you are Forsaken after all, spurred on by the siren of Malikex. It must've been when Fateweaver Lemmi tied you two toge-, ah.. lets put the small talk behind us now, it's not like my words will change anything. If you slay me you may take the throne, but you will rule over nothing but dust... I'm sorry Zanzibart, but I must fight once more!
bros what could this mean, were we the baddies all along??

Also, top 10 bosses? Here's mine:
1. Malikex, The Lost Lord (tough fight, but easier if you bring 5 people)
2. Zanzibart, Myrmidon of Loss (only because of the Zanzihomer summon halfway through)
3. Neverchosen Dranius
4. Gomslop the Traitor (pre betrayal)
5. Kraggus, First King of Stonehold (datamined DLC fight but it might be adjusted)
6. Lizard King Larigrixxus (the 6th one you fight, though the 8th was hard too)
7. Songtree Singingbird
8. Oldrock Golem (the one in the Rockgrim Mines, NOT the one in the Stonegrim Mines)
9. Sir Brownpants the Foul (You only get this fight if you flush every toilet in Pissbowl Keep but only after defeating Septic Sam who was clogging the drainage pipe which you can only get to if you give Gomslop's constipation note to the Sewer Guard. Should've paid attention to the lore)
10. Lone Watcher Ulius (hit the rock in Northwind Cliff 16 times to summon him)