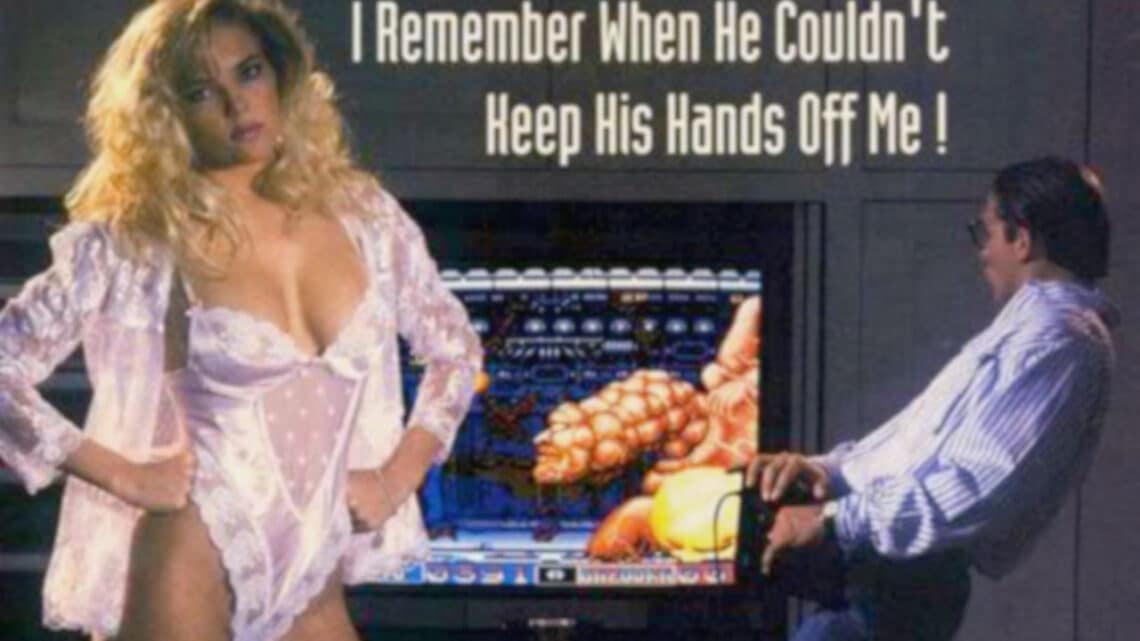 The video gaming industry hasn’t always been worth billions upon billions of dollars. These days, the gaming industry can attract Academy Award winning actors; the massive budgets for modern video games rival that of Hollywood blockbuster movies.

However, back in the 80’s and early 90’s – seeing a gaming advert on television was unheard of. Instead we had glorious print adverts. And boy oh boy, they were awesome. We pick out a few of the best (of the worst). 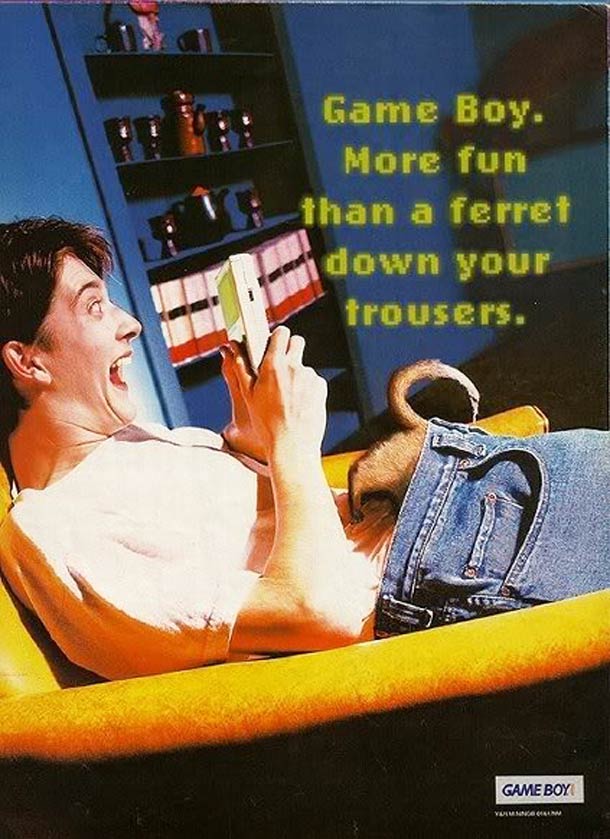 Nintendo were some of the worst offenders for terrible game adverts – as this circa-1993 advert demonstrates. Game Boy – more enjoyable than having a diseased rodent with a propensity to chew on things down your pants. It’s a similar marketing strategy to saying that the new Halo game is more fun than getting darts thrown at your face. 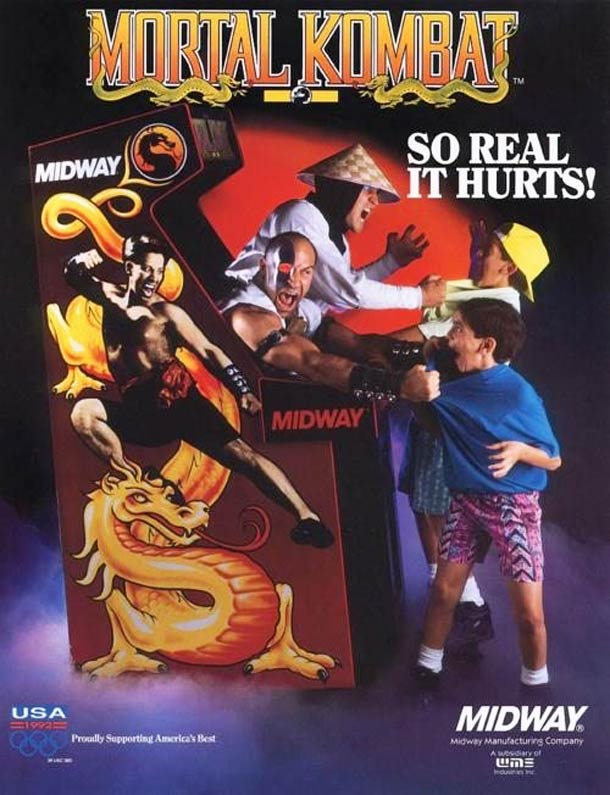 Actually, this is a great advert. But it deserves a mention here because of how controversial it was. Mortal Kombat was one the most violent video game of its time, and to compound matters, it also featured photo-realistic graphics. So the fact that this advert depicts two very young kids playing the game is something we’d never see today. Fun Fact: Mortal Kombat and adverts like this led to video game classification systems like the ESRB and the Australian Classification Board. 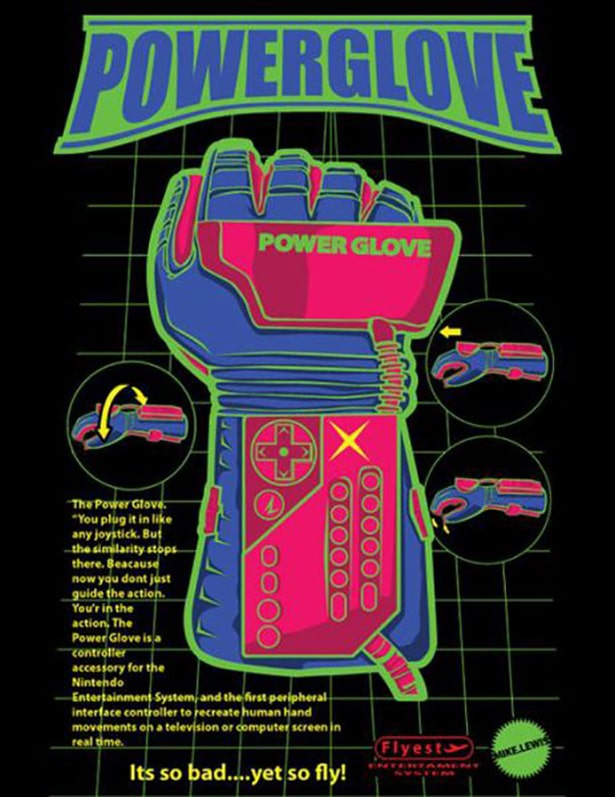 There is something beautifully retro with this advert for Nintendo’s legendary failure, the 1989 Power Glove accessory. The negative color space and “mega-futuristic” design aesthetics are certainly eye-catching, but it’s the text at the very bottom that really shows this adverts age: “It’s so bad… yet so fly!” What does this even mean? 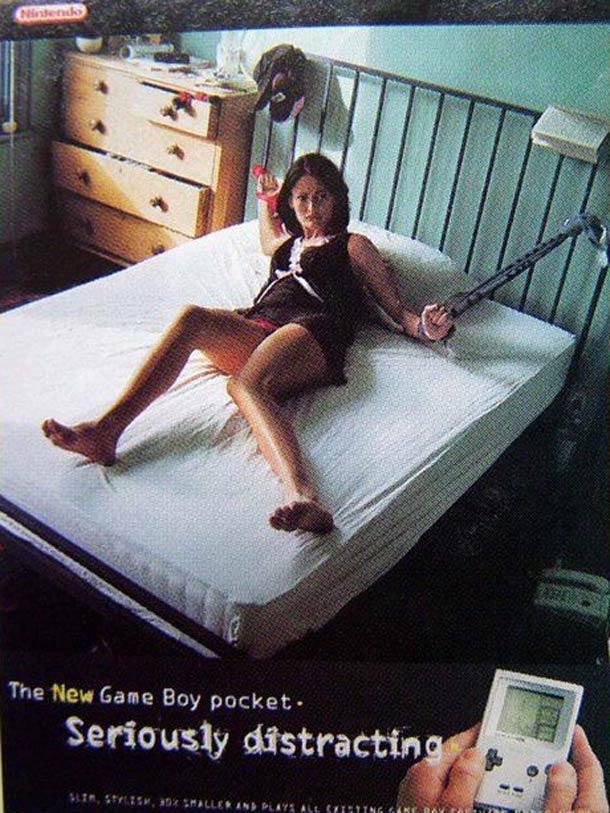 Good old Nintendo at it again, this time for the pint-sized Game Boy handheld. As for what this advert is telling us… we’re not entirely sure. But it does appear that the Game Boy Pocket is a great distraction if you happen to get kidnapped and tied to a bed. How did they get away with this concept?

The Lord of the Rings: Volume I 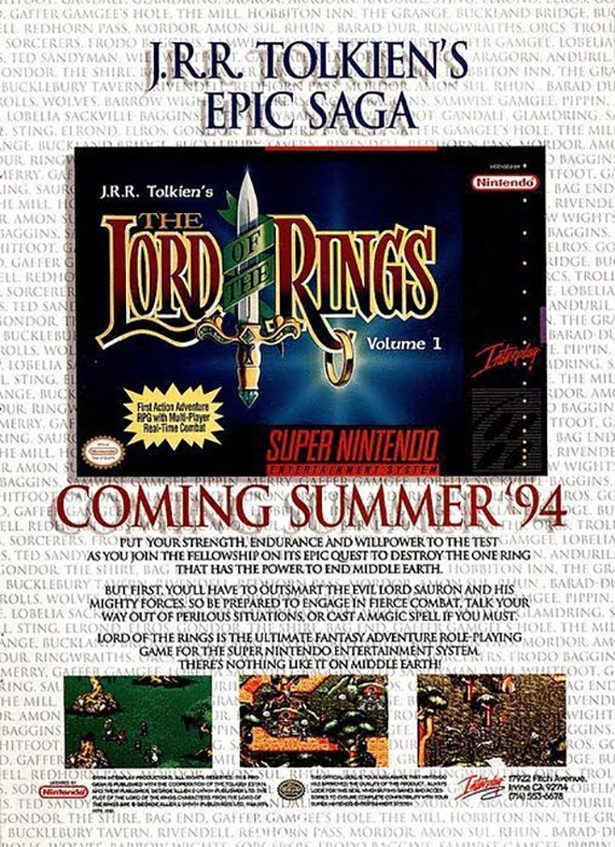 Before Peter Jackson came along and turned our country into Middle Earth, the Lord of the Rings was a much more subdued franchise. So when the SNES game The Lord of the Rings Volume I came out in 1994, they felt the best way to promote it was to use as much text as possible. Surprisingly, the SNES console never saw Volume II. This advert hurts my eyes. 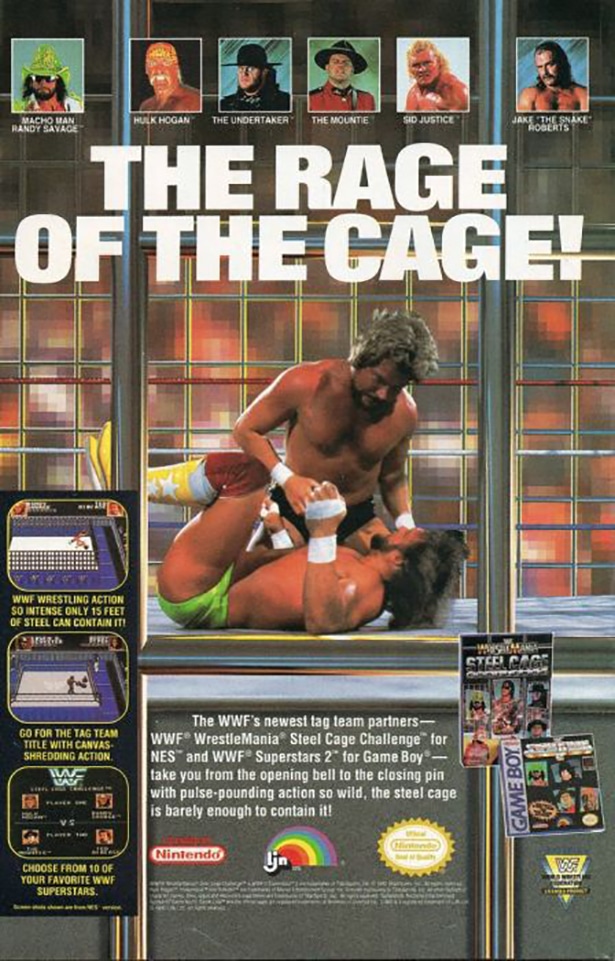 Along with bad game adverts, this time period also saw the height of wrestling as a sport thanks to the WWF. The above is what happens when these two things collide. The “rage of the cage” doesn’t really look too vicious. In fact… I think we should just give these two gentlemen some privacy. 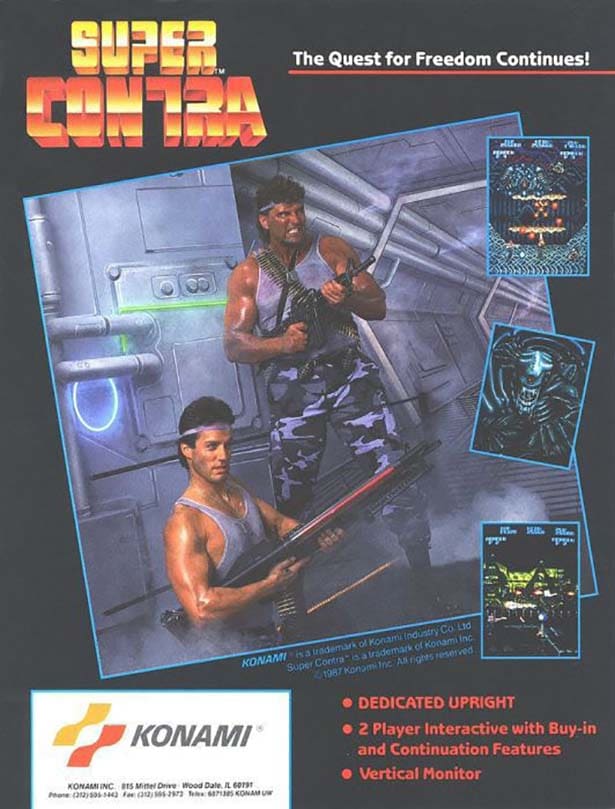 “The Quest for Freedom Continues!” Nothing quite encapsulates a freedom quest like two dudes with guns – one of which is far too small and the other far too big. Where are the averagely sized guns? A lot of adverts during this time used real actors, partly because complicated graphical renders were costly and secondly, it helped immerse the player into the game. Although with that logic, I would never play this. 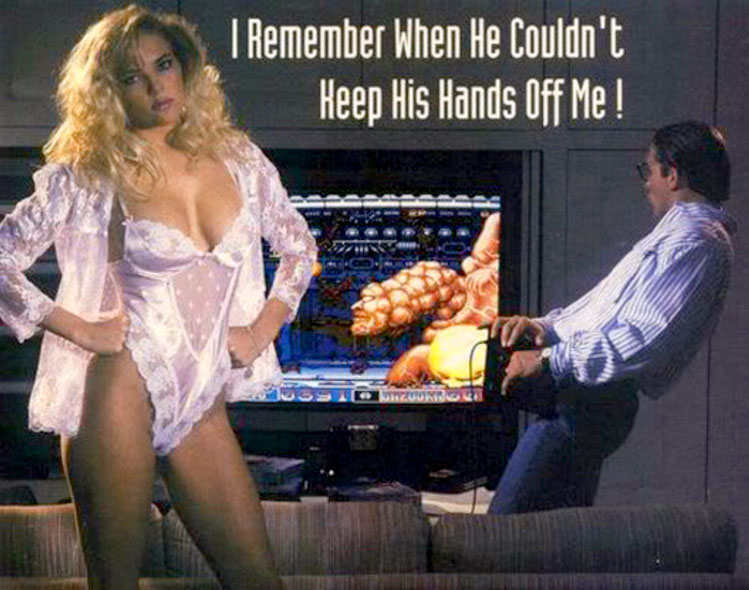 We’ve saved the best for last. This was an advert for the awesome sidescroller Cyber-Lip that appeared back in 1990 and does nothing to aid the ‘video gaming geek’ stereotype. Or 1990’s lingerie fashion for that matter. It’s also amazing how they managed to get two bits of phallic imagery in here; one is how the guy is holding his ‘joystick’ and the other is the anatomically familiar thing on the screen. Although if yours looks like this (warty, with a face on it) you might want to see a doctor.

These ads are pretty hilarious haha

Most of those were funny as ….I’m in the same boat in the past where a partners told me that gaming means more to me than them…she’s gone now gaming forever I say. Plus a family that games together stays together….

Cheers for this article. Made my day a little better!! Haha, that last ad is class! My partner feels the same as her some days and even told me once that if I keep gaming so much she would soon be my Ex-Box! Hahaha

So glad you mentioned how awesome the Mortal Kombat one is. Was worried it was on the list for bad reasons. That last one is amazing.

Playstation has had some weird ads in the past can’t tell if good or bad.