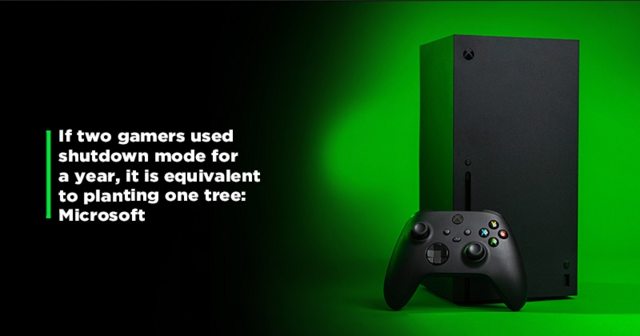 >Microsoft-owned Xbox intends to force gamers to power down to fight climate change. In a news post, Microsoft announced its campaign for "building a more sustainable future of gaming."

>The company says that it wants to become a "zero waste" company by forcing gamers to switch to "shutdown mode" that saves energy. If two gamers used shutdown mode for a year, it is equivalent to planting one tree, Microsoft said.

>By 2030, Microsoft wants to become a "carbon negative, water positive, and zero waste company." According to Ars Technica, Microsoft started rolling out the update on January 23. Usually, an Xbox goes into Sleep mode when not being used. But this uses a lot of energy - Shutdown mode intends to change that.