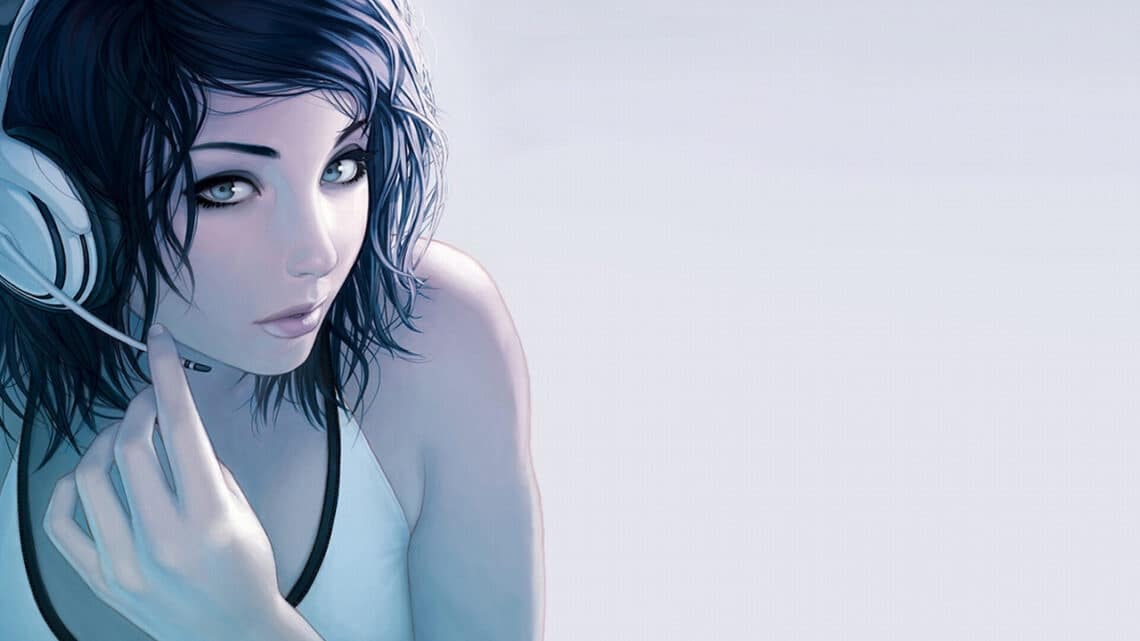 The first time someone told me I wasn’t a real gamer, I was at a friend’s birthday party when I was 10 or 11. At this point I was a nerdy little girl, probably at the height of my childhood obsession with video games. I’d been playing them for long enough to figure out what it was that so enthralled me about them, and had started writing little reviews in my school notebooks in the style of the games magazines I read religiously. The accuser was an older boy, possessed of the casual, effortless cruelty that only 12-year-olds have, and he wouldn’t let me join in with Mario Kart 64 until I had passed a ridiculous trivia quiz of his own invention about the Nintendo 64.

This actually became quite a fond memory, as I then beat him so comprehensively at Mario Kart that he huffed off out into the garden and never came back. (That’s not to say that skill has anything to do with being a “real” gamer – if I sucked at Mario Kart, I still would have had every right to join in. His reaction just reinforced how much of a dick he truly was.)

Recently, I wrote an article about how early parenthood has changed my gaming habits and made it practically impossible to play things like Destiny 2, which require not only a significant time commitment, but within a compressed timeframe – you have to be in certain places at certain times, without interruptions, which is hard with a young baby. In amongst the many amused and sympathetic responses from other parents, there were unfortunately some people who decided to chuck a bunch of shit my way (including, disappointingly, a couple of semi-pro Destiny streamers). If I was finding Destiny 2 difficult to fit into my life, I must not be committed enough. Other parents manage. I must not understand how the game works. I probably don’t even play games anyway. My experience is bullshit. I’m just writing this For The Clicks.

And, of course, now and then there was a familiar accusation, either stated overtly or as subtext: you’re not a real gamer.

I’ve long since lost track of the number of times that people – strangers, always – have tried to tell me that I am not a real gamer. It is exceptionally wearying, as a lifelong player and 13-year veteran of the games media who literally wrote the book on Dark Souls, to have malicious strangers still arbitrarily deciding whether I qualify. Some things that disqualify you from being a “real gamer” include, according to the whims of the accuser: working in the video games industry or media; gender; appearance; not being good at games; not being good at the right games; parenthood; age; an interest in anything else besides video games.

The phrase “real gamer” has become a joke and a cliche, but it hints at something ugly. When someone asserts that you are not a real gamer, the obvious implication is that there is some kind of Platonic ideal of the Gamer: someone who plays exactly the correct games, with exactly the correct level of commitment, who has the correct opinions about them. This is, naturally, impossible. Gamers are people, and people come in infinite variations. This still-pervasive attitude is a large part of the reason why people who don’t believe they fit the Platonic Gamer Ideal are reluctant to join in with video games, or reluctant to share their experiences if they do join in.

Sometimes, gender is a factor. Every single woman I’ve ever met who works in video games has encountered some level of scepticism at some point over her gamer “credentials”, or has been mistaken for a PR person at some company or press event. It’s so commonplace that it’s barely even worth remarking upon. It’s not just women, though – plenty of people, indeed perhaps the majority of people, are discouraged from contributing to the gaming community because they worry that they might not fit some imagined standard. It’s why people drift away when they get older, or when other things like family, relationships, demanding jobs and kids start to encroach on their gaming time. Being a Real Gamer, they think, is all-or-nothing. You can’t just dip in when you can. You can’t admit that sometimes your life makes it difficult to enjoy the latest Big Thing. If you do, you run the risk of being undermined.

The Not a Real Gamer crowd prioritises certain games over others. I meet a lot of players who say they’re embarrassed because they “only” play Final Fantasy or Pokémon or, hell, Crossy Road. Nobody is embarrassed because they “only” play DOTA, CSGo or Destiny. If you love Final Fantasy as much as someone else loves Call of Duty, is that really worth less? Does it qualify you less to participate in the gaming community? How? I think often about one commenter, an extreme example, who left this response under a post about one of Kotaku UK’s regular games-and-beers nights at a Brighton pub. I wonder what their life is like, and why they feel this way.

When someone says “you’re not a real gamer”, what they’re really saying is: Your experiences and contributions are irrelevant. Your knowledge is worthless. You are not welcome.

This is an ugly attitude that – although improving – is still pervasive in the video games space. The disaffected gamer crowd has a whole subsection of the Internet catering specifically to them now, reinforcing their internalized narrative that they are real gamers, and they are somehow oppressed, and must protect their sacred space from interlopers. But not everyone who tosses out the “not a real gamer” line is a troll; it’s an impulse that lurks deep within a lot of us, perhaps born from fighting continuously against a bigger cultural narrative that games are bad and violent and worthless. There’s a feeling that we’ve made sacrifices, that being a “gamer” is something to be earned and proven. It is not.

It is up to us to keep creating welcoming spaces and communities, to resist the urge to be snide or condescending when someone admits that Dark Souls was just too hard for them or that they don’t play much besides Animal Crossing. There are actually a lot more people out there who play 10 hours a month, rather than 10 hours a week. We need to talk about games in a way that doesn’t exclude them.