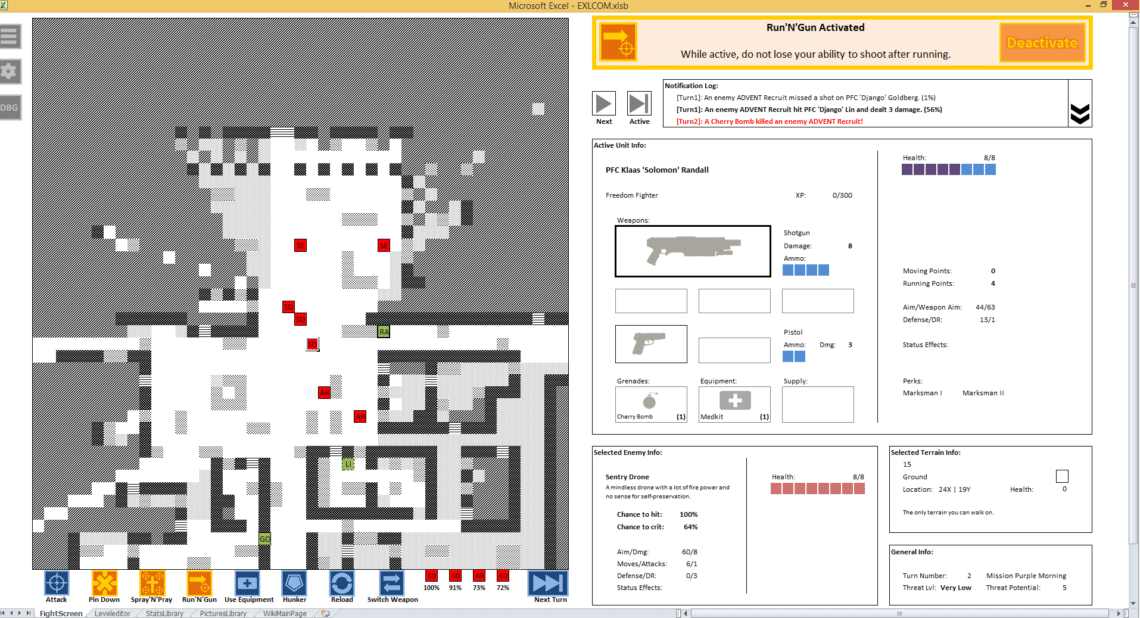 Excel is mostly for spreadsheets, charts, and other boring business applications. I say mostly, because it’s also been used to create some really rad things like RPGs, media players, and more. Now you can play XCOM in Excel when you’re supposed to be working. It’s called EXLCOM, and all you need to run it is a copy of Excel. What a time to be alive. 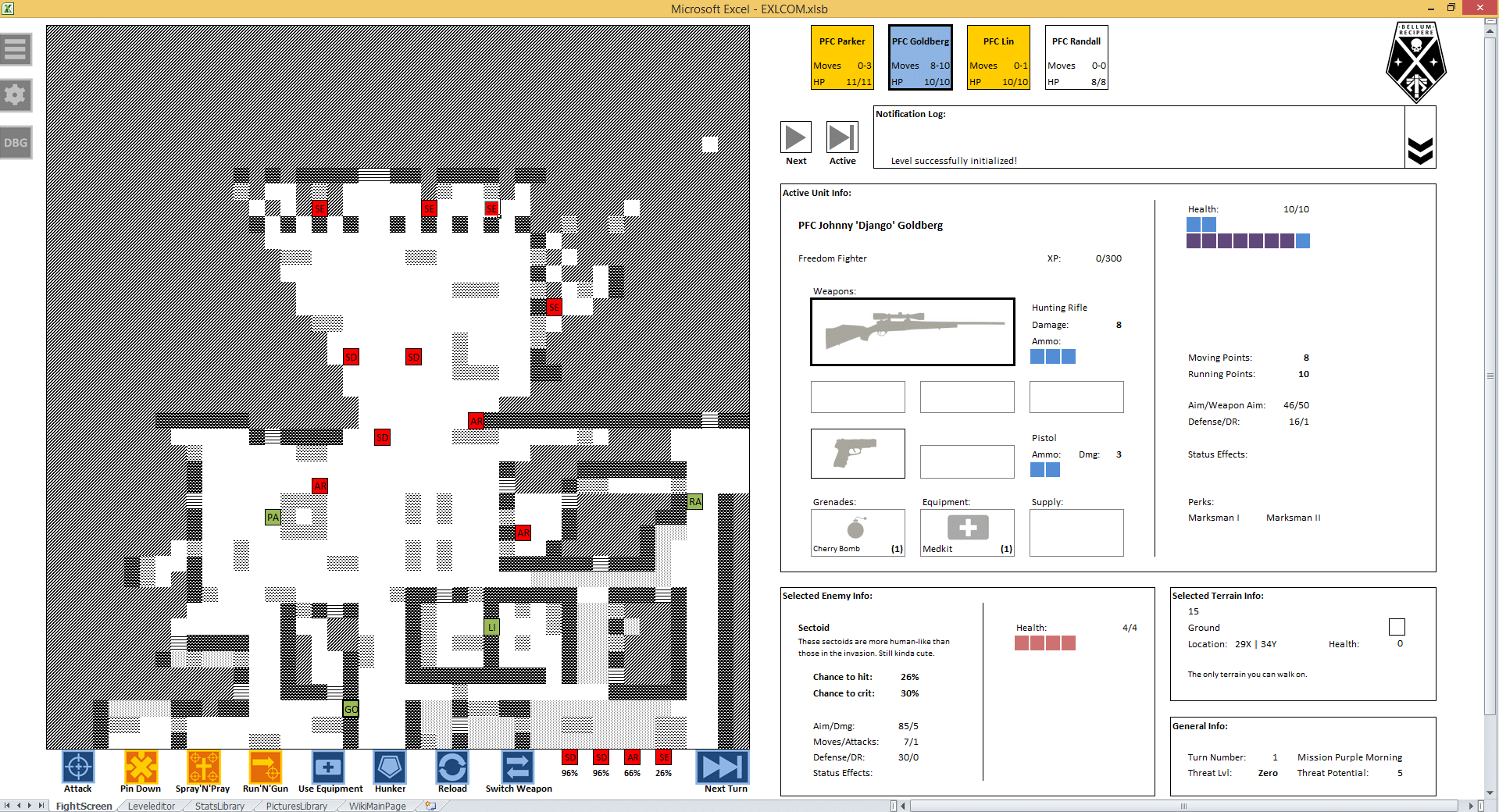 EXLCOM was created by Reddit user crruzi, who posted his creation on the XCOM sub-Reddit. He says he was learning VBA for work and figured making a clone of XCOM in Excel would be a fun way to practice. For anyone not familiar with the XCOM games, they’re turn-based tactical shooters played mostly in an isometric top-down view. The graphics in the real thing are certainly much more impressive than colored cells in Excel, but the essence of the game is there.

The game takes place in the XCOM universe between the events of XCOM: Enemy Within and XCOM 2. There isn’t really a story yet, but the basic gameplay is working. You control a team of four soldiers tasked with wiping out Advent forces in the city. On the left of the Excel sheet is your game map, and on the right you have unit info. Your soldiers have HP, moves, and equipment to keep track of. You basically have to outmaneuver the red cells and attack them without exposing yourself to too much return fire. There are even special tactics like “run and gun” and “spray and pray.”

You can download the game and take it for a spin if you want. It’s surprisingly fun for a game running entirely in Excel. EXLCOM is still in the early phases, so some features aren’t implemented yet. Bugs are also to be expected, but crruzi does list some quick fixes in the Reddit thread if you’re having issues. 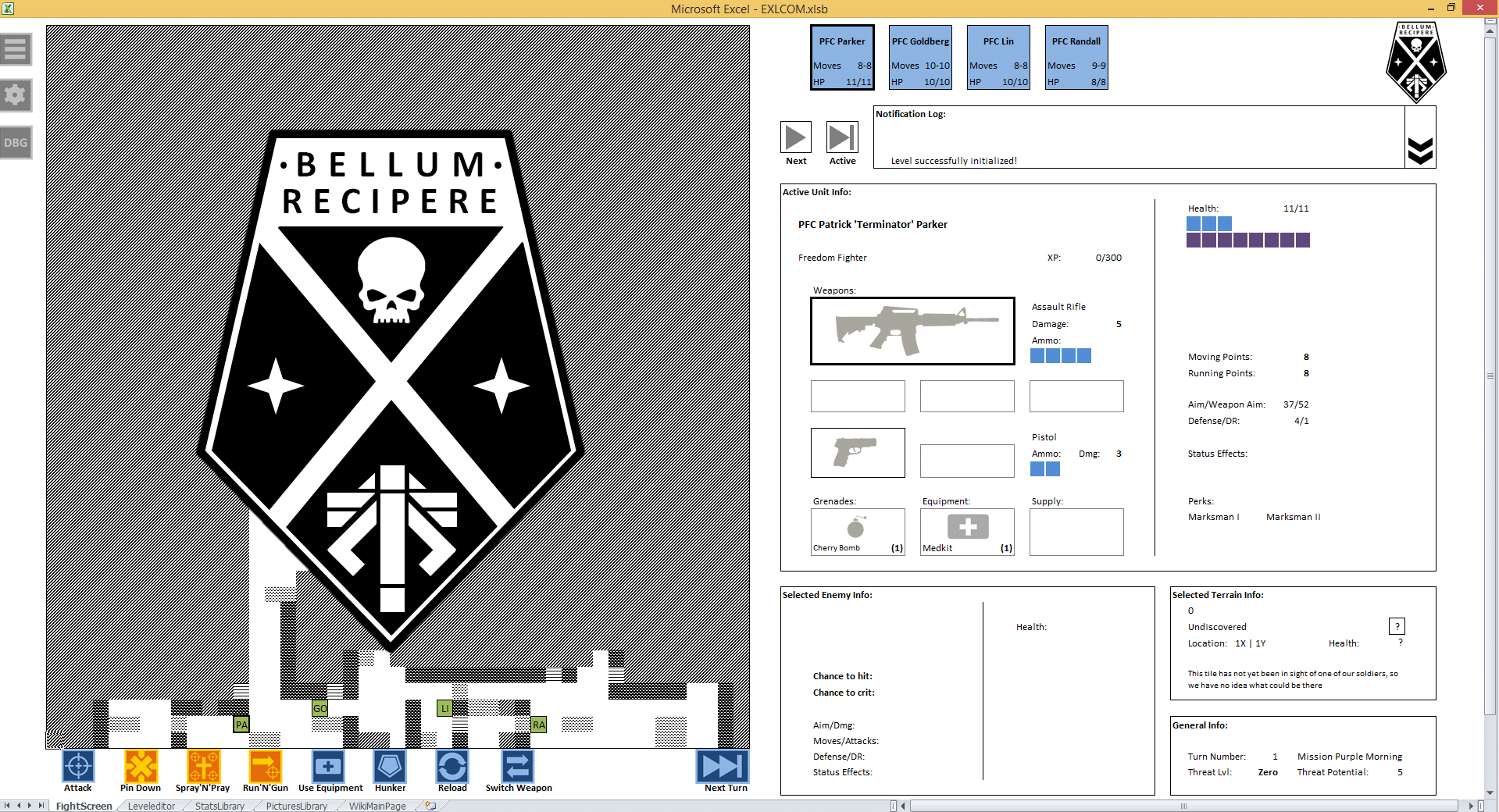