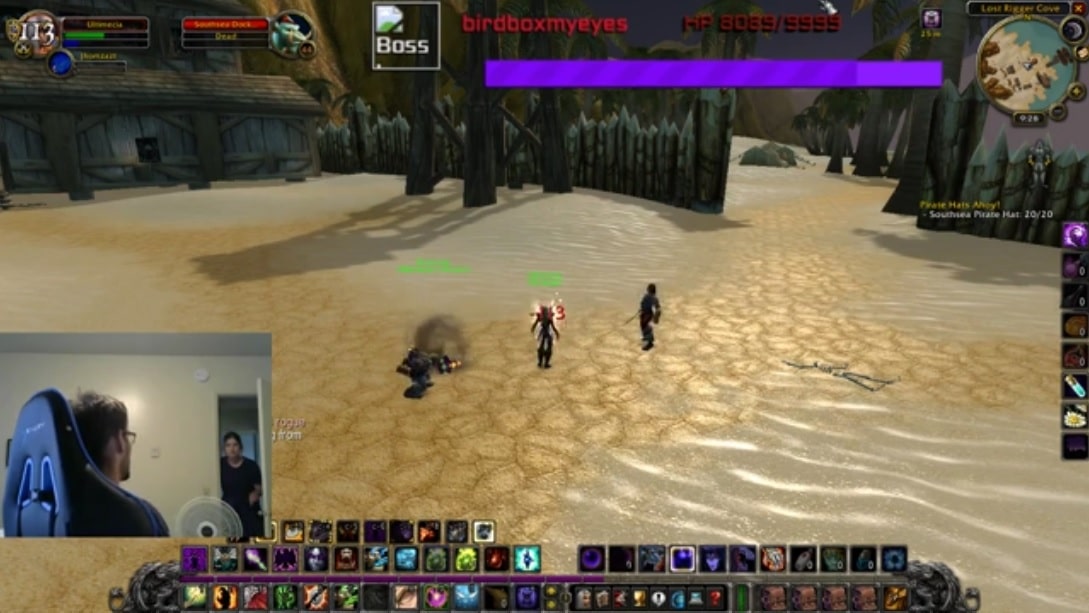 One WoW streamer quickly got a hard dose of reality after he got into an explosive fight with his girlfriend on camera that brought the stream to a standstill as the argument got nastier by the second.

While the streamer was in the middle of playing, the door behind him suddenly swung open as his girlfriend came in to give him a piece of her mind. “Out of all the fucking days!” she screamed, standing at the doorway.

The female then confronted her boyfriend over what appeared him deciding if her friend could come over to visit. “Out of all the days to try and control who’s keeping me company, it’s not going to be today!” she exclaimed, putting her foot down.

Read More: Logan Paul ‘banned girls’ ahead of KSI rematch
Her boyfriend immediately shot back a threat, where he promised his partner would experience “suffering” for the rest of the week. “I’m letting you know, if you bring her over here today, you will suffer beyond imagination!”

As the girlfriend tried to push back, he continued his threat. “I’m telling you, bring her over. Undermine me if you want, but you will see the punishment!”