I have two young cousins, and whenever they’re not playing Minecraft, they’re watching Minecraft videos on YouTube. Many kids spend all day sifting through videos of low quality Minecraft content, making it a big business for many YouTubers.

But as with all things on the site, there’s a seedy underbelly to an otherwise harmless activity. In this case it’s the copious amounts of Minecraft sex videos floating around YouTube, which many kids are clicking on. Like the Spiderman and Elsa videos I’ve written about before, these videos are often so nonsensical, no adult could ever derive pleasure from them. But they use sexual thumbnail images to get clicks from kids.

Some display graphic sex acts, but with the blocky anachronistic Minecraft characters. 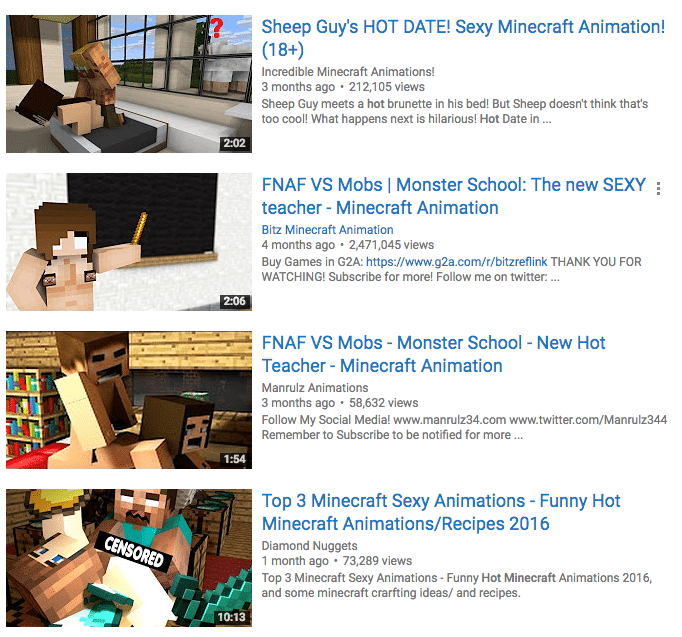 Most of them don’t even have sex in the actual videos, only a graphic thumbnail, but none I could find were age restricted.

But YouTube isn’t the only platform peddling Minecraft sex to children. The Google Play store has various apps for the game that give players new “hot” skins. 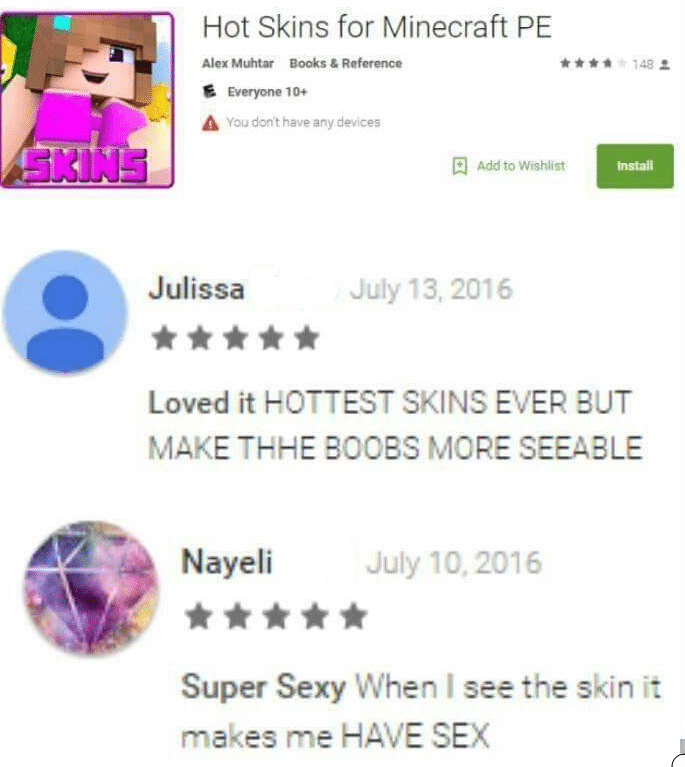 Apparently one young commenter “had sex” when he saw the attractive skin.

But Minecraft can get even dirtier. One can download mods for the game which  allow the player to drop trou and have sex with other players.

A post at a parenting blog went viral in October about a daughter who was propositioned for sex on Minecraft. Although the mod was not downloaded on the child’s game and the “sex” was just two players crouching on each other, some parents are freaking out over the prospect of Minecraft sex.

Minecraft is all the rage with the nation’s kids so it was obviously only a matter of time before sickos on the internet tried to ruin it.

What the heck? YT should have some kind of rule against graphic thumbnails if they don’t already.

Omg! This is not good at all! It’s so scary that even games for kids can be mixed with something that should’ve been for adults only. I do hope that things like this won’t be seen by any kids anymore.