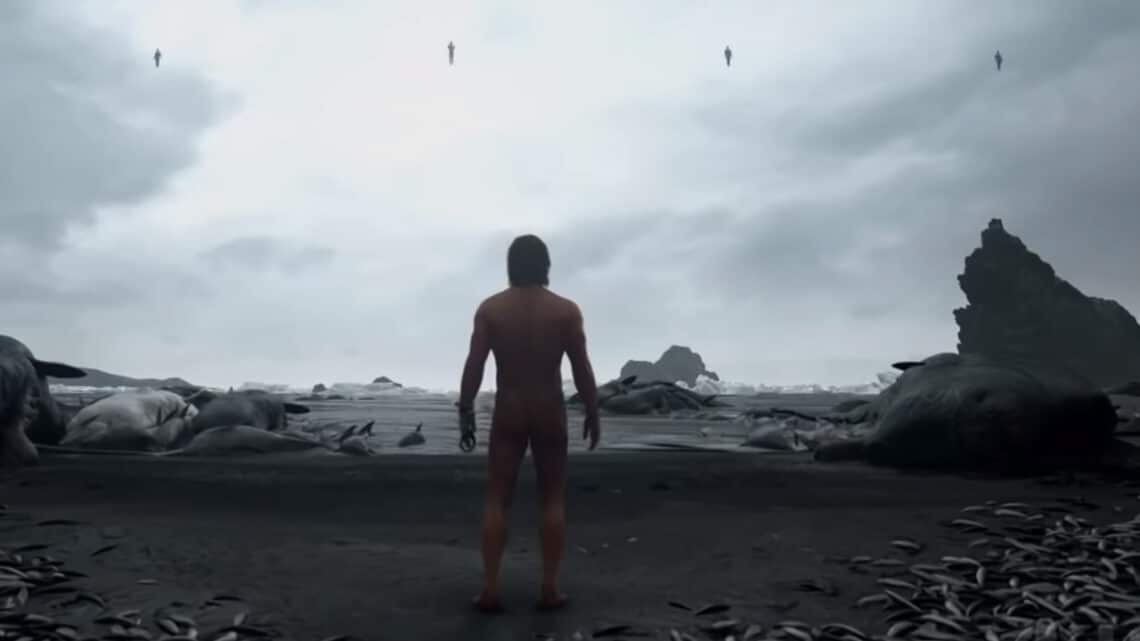 Hideo Kojima, creator of the Metal Gear franchise, has a history of putting out bafflingly inscrutable trailers at E3. This year’s trailer, featuring a naked Norman Reedus (of Walking Dead fame), is no different.

While we have absolutely no idea what the actual game will be about, the trailer gives us plenty to think about. Black wired umbilical cords, futuristic handcuffs, dead whales, a disappearing baby, floating people, Reedus buns… so many questions.

Forget the rest of the article: This is the question to be answered. Will Reedus clothe himself once the game gets going or spend the whole game in the nude. Did Kojima Productions motion capture his entire anatomy? Are those even his real buns?

Reedus clearly has a good body, but will the toxic masculinity of gaming culture be able to hand a full 30+ hours of Reedus butt while they are exploring the world of dead seas animals? Anita Sarkeesian, please womansplain this to me!

2. What the hell does Death Stranding even mean?

Users on Reddit have made the connection of the title with events called “cetacean stranding” or when a large number of whales wash up on the beach. In the trailer the amount of carnage stretches far beyond the cetacean order to smaller fish, crustaceans, and of course naked Norman Reedus.

The trailer gives the vibe of an environmental disaster, as there appears to be oil on the Reedus’ hands. Is this oil the cause of the stranding? Or just the residue of the disappearing baby?

3. Did naked Norman Reedus get a C-section?

The trailer contain various symbols of birth. At the start it seems as if a wire umbilical cord connects naked Norman Reedus with the baby. When Reedus stands up, the baby and the cord are gone but a large scar remains on his stomach in place of his belly button.

I always knew Norman Reedus was something special, but birthing a child is something else altogether.

On another note, why do all the sea creatures have umbilical cords? Did they too come from naked Norman Reedus’ chiseled womb?

Two equations are engraved on the dog tags around Reedus’ neck. One is for the Schwarzschild radius, the other for the Dirac equation. The former relates to the radius required to cram a bunch of mass to form a black hole, while the latter is some kind of wave equation with a Wikipedia page I balked at and gave up trying to explain further.

Reddit is awash with theories of the significance of these equations. According to r/askscience they seem to have no direct relationship with each other except both having to do with quantum mechanics. It could just be a vague attempt by the developer to make the trailer seem science fictiony.

OR naked Norman Reedus could be the singularity, a black hole, a clone, on a failed experiment planet, a God or something even more cryptic and intangible.

Find out more enigmatic details from Kojima himself in his E3 interview.

[…] says he wants to take a different approach for his next game Death Stranding and this is already apparent from the first trailer. One of the first shots is a naked Norman […]

[…] is focusing on his latest game, Death Stranding, which is still shrouded in mystery, but he has made it very clear that Metal Gear Survive is not […]