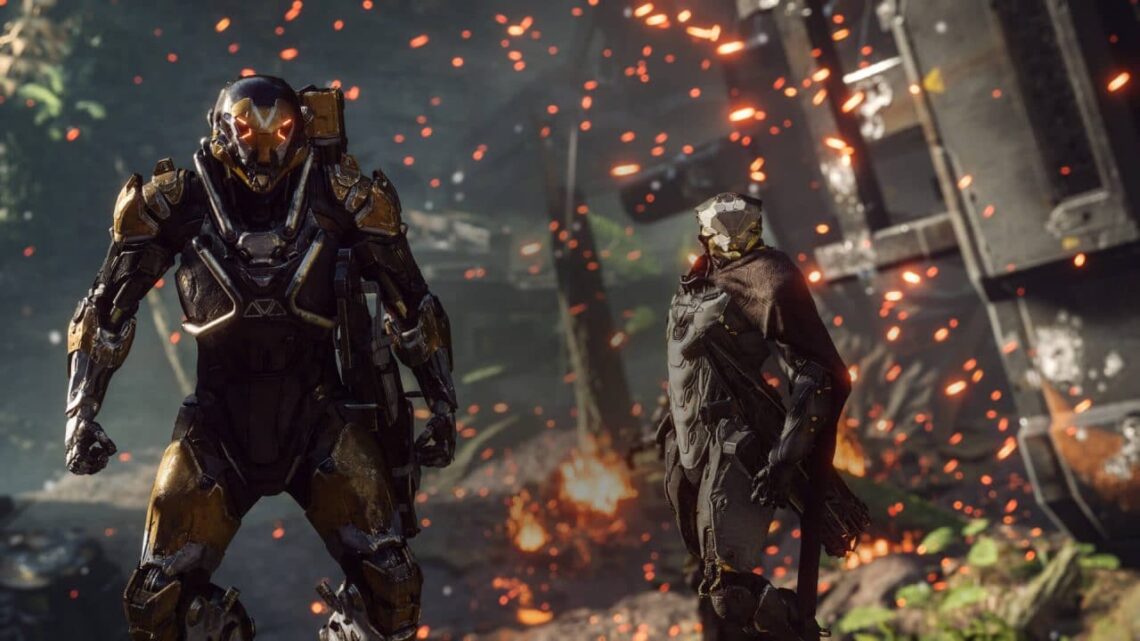 According to redditors, the game often crashes and occasionally takes the system down with it. And in some cases, the system never starts back up. One complaint thread by ForTheMasters has prompted over a thousand upvotes.

ForTheMaster’s complaints were echoed by other users. “Happened to me as well,” wrote Terry2Toke. “The worst part is when it shuts your console off, it does it as if you pulled the power plug out of the wall. The console has to fix itself as well as repair my external HDD.”

Users impacted by the issue are advising each other not to play the game on the PlayStation 4 until BioWare addresses the situation out of fear of bricking their consoles, while others are returning the game for a refund as a clearly faulty product.

Reddit isn’t the only place where users are complaining about Anthem’s problems. The game’s official forum is filled with similar complaints. According to one player, the console powers down and will not power back up when they press the PS4 button on their controller. It’s similar to what would happen if you pulled the plug on the PlayStation 4 without properly shutting down the system, such as if the power goes out. 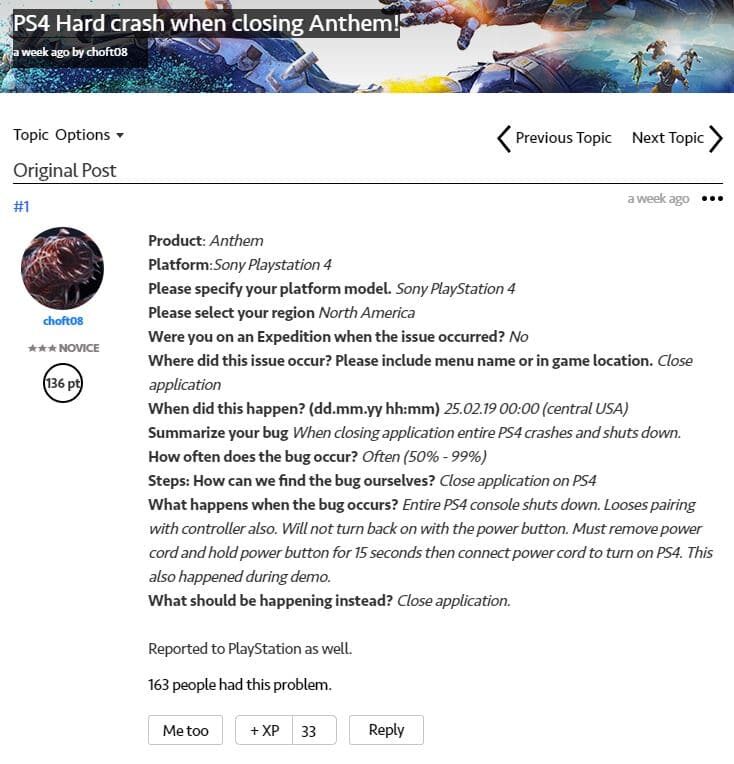 As anyone who owns a PlayStation 4 can attest to, shutting down the system without properly powering it down or turning it off while it’s sitting in rest mode causes the system to issue a warning against doing that again. The system goes through a brief process of checking the internal database before shutting down and restarting. But that’s just the best case scenario.

Some users are complaining that the issue has actually caused their systems to transform into a brick. Not a literal brick, but it might as well be a doorstop given that their PlayStation 4’s can no longer power on after being shut down by the game.

Posting on Reddit, a user named TheMadTitanGauntlet urged fellow players to stop playing Anthem on the PlayStation 4. He wrote: “PSA to any Anthem players on Playstation that experience complete shut downs of their consoles: STOP PLAYING!”

He continued: “My playstation has been completely bricked to the point of not even turning on because of Anthem. I’m not looking for any sympathy or anything. This post is mainly being made to warn people that this could potentially damage your console to the dreaded point of no return. I’ve been talking on the phone with Playstation support for a little over 2 hours now, but unfortunately theres nothing they can do (or nothing they’re willing to do). At this point I dont know if I’m going to continue playing on Xbox one (haven’t had any problems with the console shutting down while playing but problems may arrive in the future) or to stop playing all together until Bioware addresses this issue.”

For now, the only thing players affected by the issue can do is to return Anthem to wherever they bought it from — assuming the store takes refunds — and hope for the best. If you bought Anthem from the PlayStation store, you might be well out of luck as the store doesn’t normally offer refunds, and you’ll have to wait for BioWare to sort the issue out.

Yeah they responded and it isn’t bricking anyone’s systems. They even gave a link to try( BioWare) and change the statement.