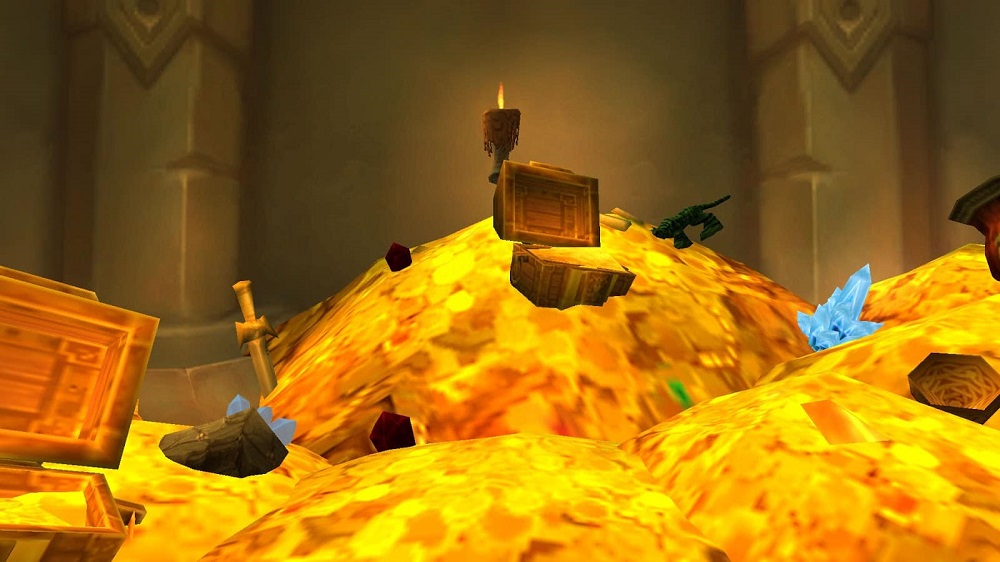 A Blizzard community manager confirmed today that the developer banned approximately 59,000 WOW accounts during June for direct violations of the World of Warcraft Terms of Use policy, which includes the use of third-party gold and item-farming hacks.

WorldOfWarcraft.com also reports that 22 million in ill-gotten gold was removed from the game’s economy.

The community manager stated that the company “regrets having to take such extreme action,” but stressed that the gold and item farming was affecting “the achievements of those who play legitimately.”

As part of our efforts to eliminate cheating from World of Warcraft, we recently banned approximately 59,000 World of Warcraft accounts in the month of June, and with that removed well over 22 million gold from the total economy across all realms. While we regret having to take such extreme action, these accounts were participating in activities that directly violated World of Warcraft’s Terms of Use, including the use of third-party programs to farm gold and items. Such behavior not only negatively impacts the economy of a realm, it diminishes the achievements of those who play legitimately. We will continue to aggressively monitor all World of Warcraft realms in order to protect the service and our players from the harmful effects of cheating.

We’d also like to take this opportunity to thank the community for their assistance in reporting suspicious behavior. Numerous account closures come as the direct result of tips reported to our GMs in-game or emailed to [email protected]

Moving forward, if you suspect that a World of Warcraft player is using an illegal third-party program to farm gold or items, or is otherwise violating our Terms of Use, please report the suspected infraction using one of the methods listed above. All reports will be investigated, and the appropriate action will be taken when warranted

We appreciate your support and wish you the best with your continued adventures in Azeroth!

One player, who goes by “Burntskull,” made an interesting comment on the official message boards: