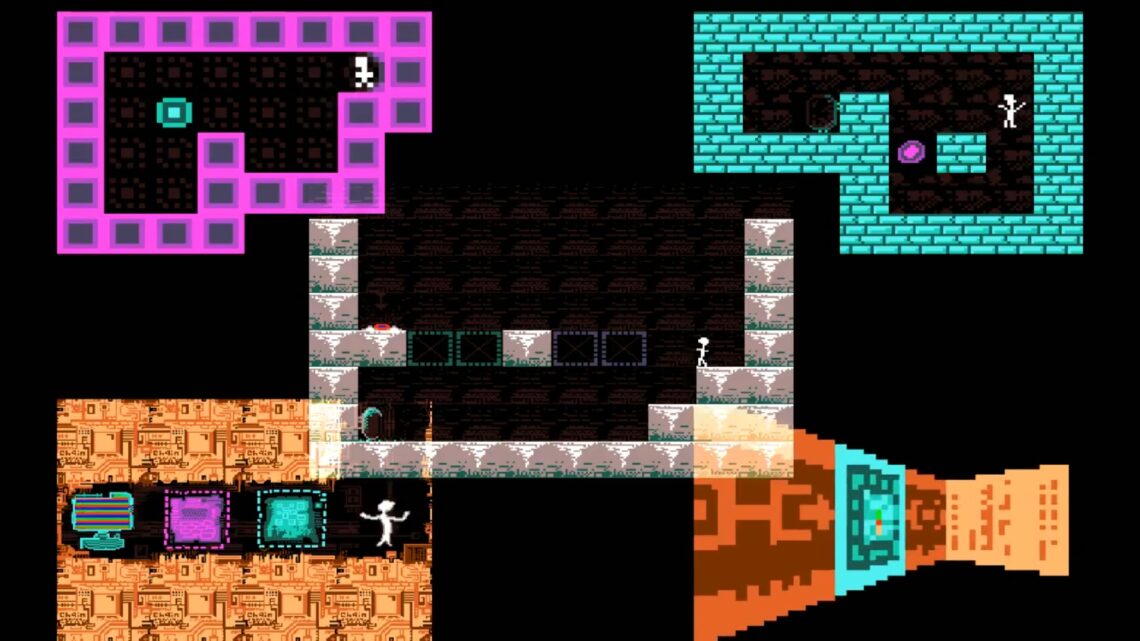 Experiment 12 is strange. It’s weird. It’s unsettling. It’s downright odd, frankly – a disconnected journey through a world of paranoia and amorphous sci-fi horror. It’s precisely the kind of experience that, once completed, makes you want to score the internet in search of some sort of enlightening gloss from the game’s creator. But you can’t, because the game doesn’t have a creator. It has 12.

A dozen people made Experiment 12 as a chain game, each developer in the chain handing over their completed chapter to the next. The result is an at times disjointed trek through prisons of the mind, desolate islands and stark research facilities. At least, it is some of time. At other points you’re an AI monitoring events via a crude interface. At one point you play a satellite. And then there’s the bit where you play a diverse set of personalities possibly housed within the same consciousness. We’re not really sure. 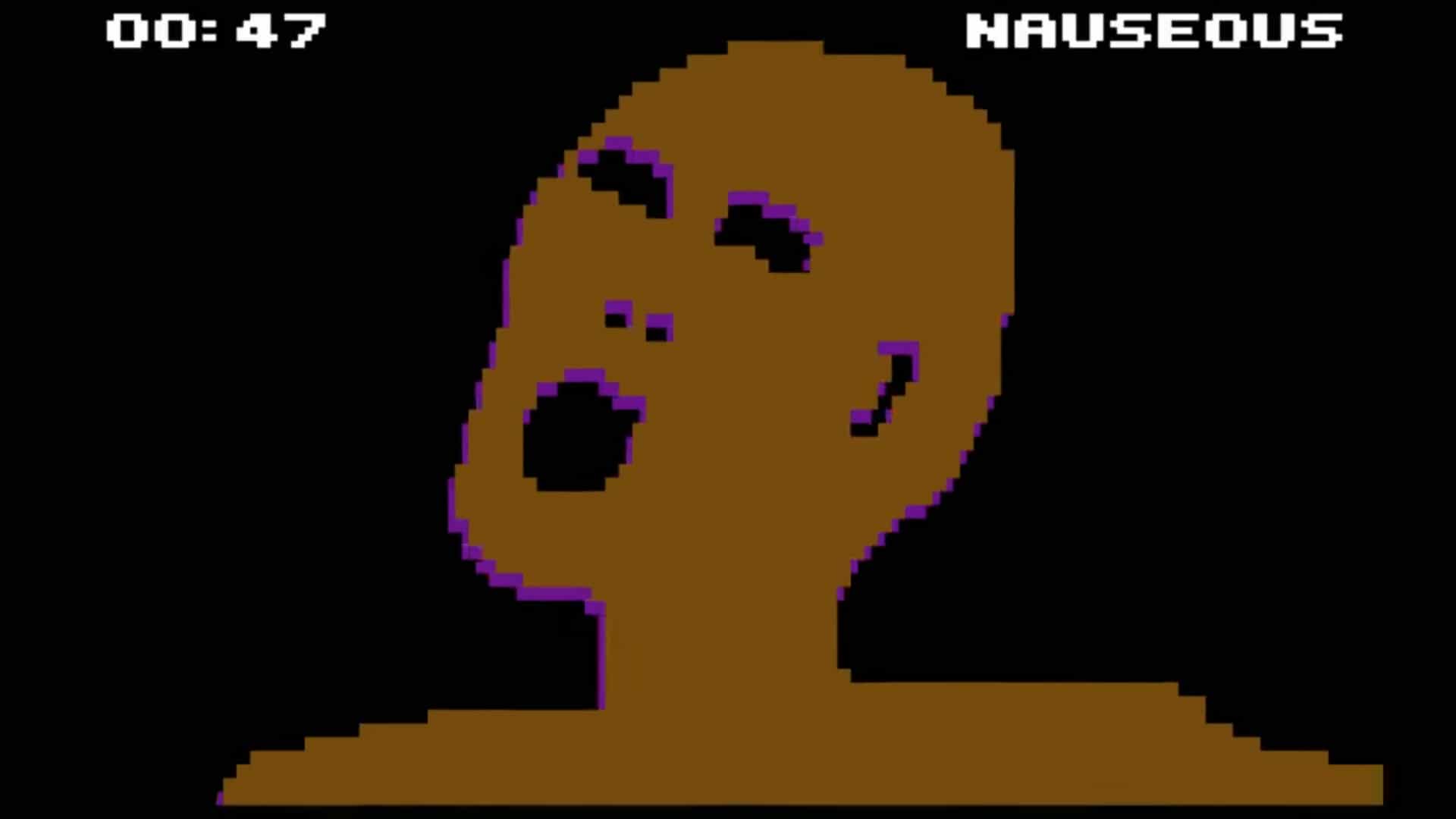 Experiment 12 resists easy description due to the method of its making. With 12 creators, each responsible for only one-twelfth of the finished game, the resulting sequence stands oddly independent of them all, even if the chapters do share themes, motifs and shared fascination with sci-fi horror.

It was Terry Cavanagh who introduced those themes, both instigating Experiment 12 and providing the first chapter of the sequence – a ghoulish platformer in which every mistake leads to your character, who starts the game “Unwell,” becoming sicker and sicker until authorship is finally handed over to Ian Snyder, who created the second part of the sequence. From there, the narrative twists, shifting perspective away from that lone escapee towards a host of other interrelated factions and characters.

“It completely surprised me,” Cavanagh, the mind behind Super Hexagon and VVVVVV, tells us. “I kinda thought [the game] would be more focused on the individual character, and it very quickly wasn’t. By Chapter 4 it was about groups. Chapter 3 was the last one to be focused on the main character – from there it went in a very different direction. But that’s the fun of it.” 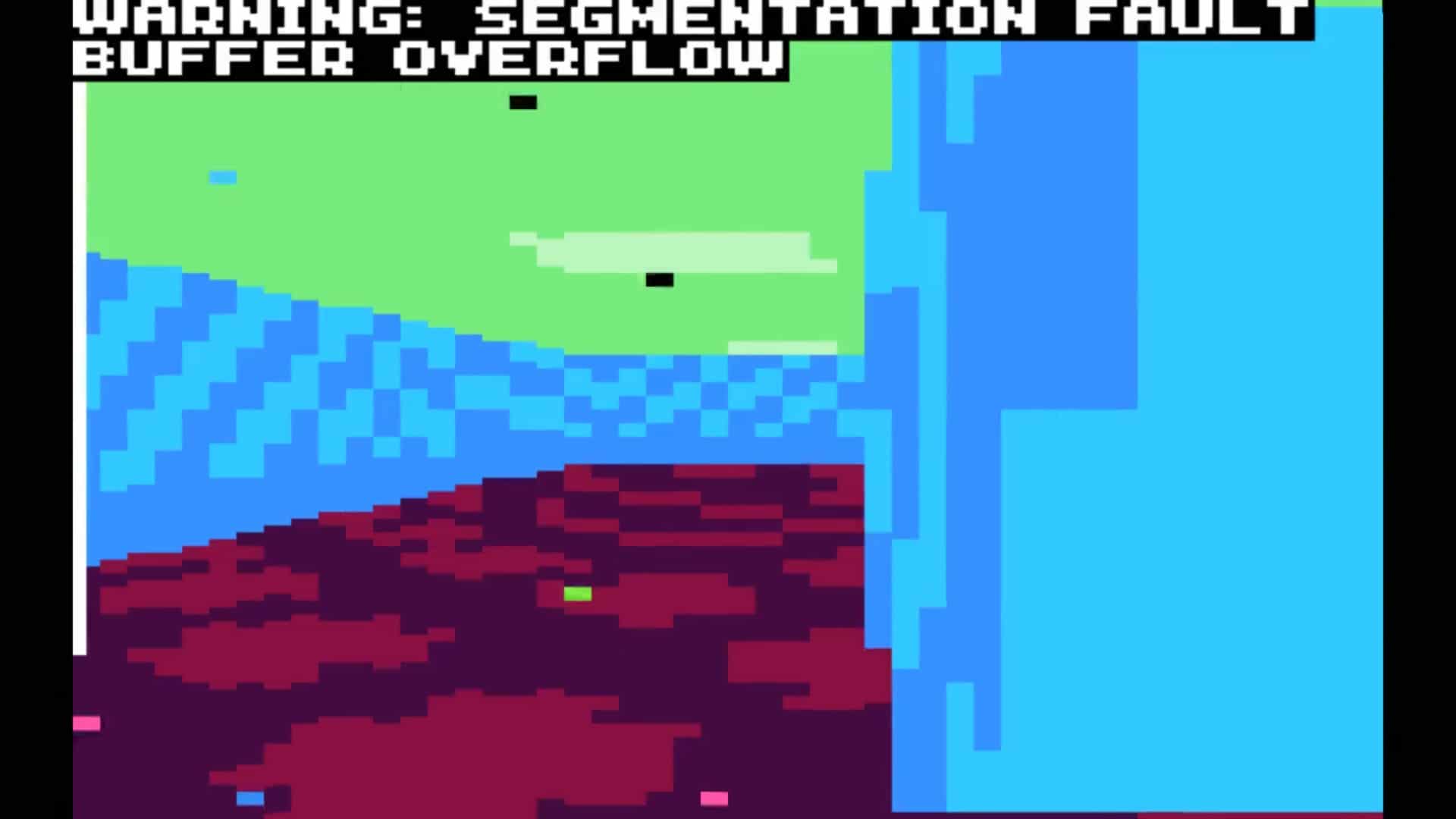 Everyone we speak to seems to have enjoyed their part in Experiment 12, so we wonder, why don’t we see more such projects?

“I know people have tried chain games before in various forms,” Cavanagh says, “but a lot of them just fall apart. And the ones that often succeed are the RPG Maker chain games where everyone is familiar with the format, the tools, and everyone can just jump in and make stuff.”

The individual chapters of Experiment 12 haven’t all been built from the same tools, however, and the resulting games range from firstperson exploration sequences to pixelated shooters and platformers. It gives Experiment 12 a disjointed feel entirely befitting the tone of the game, which refuses to entirely cohere narratively and thematically, despite the clear connections between one chapter and the next.

Fascinatingly, the games pick up shared design principles as the chain continues, despite each title in the sequence not even necessarily inhabiting the same genre as that which came before. You spend an awful lot of time dodging red enemies in Experiment 12, and when hit, most titles in the sequence prefer to instantly restart you in place with the obstacles removed. There are shared visual signatures too: you’ll frequently see rooms filled with stasis pods, maybe even the same room filled with stasis pods. But it’s never depicted with the same art style as before. 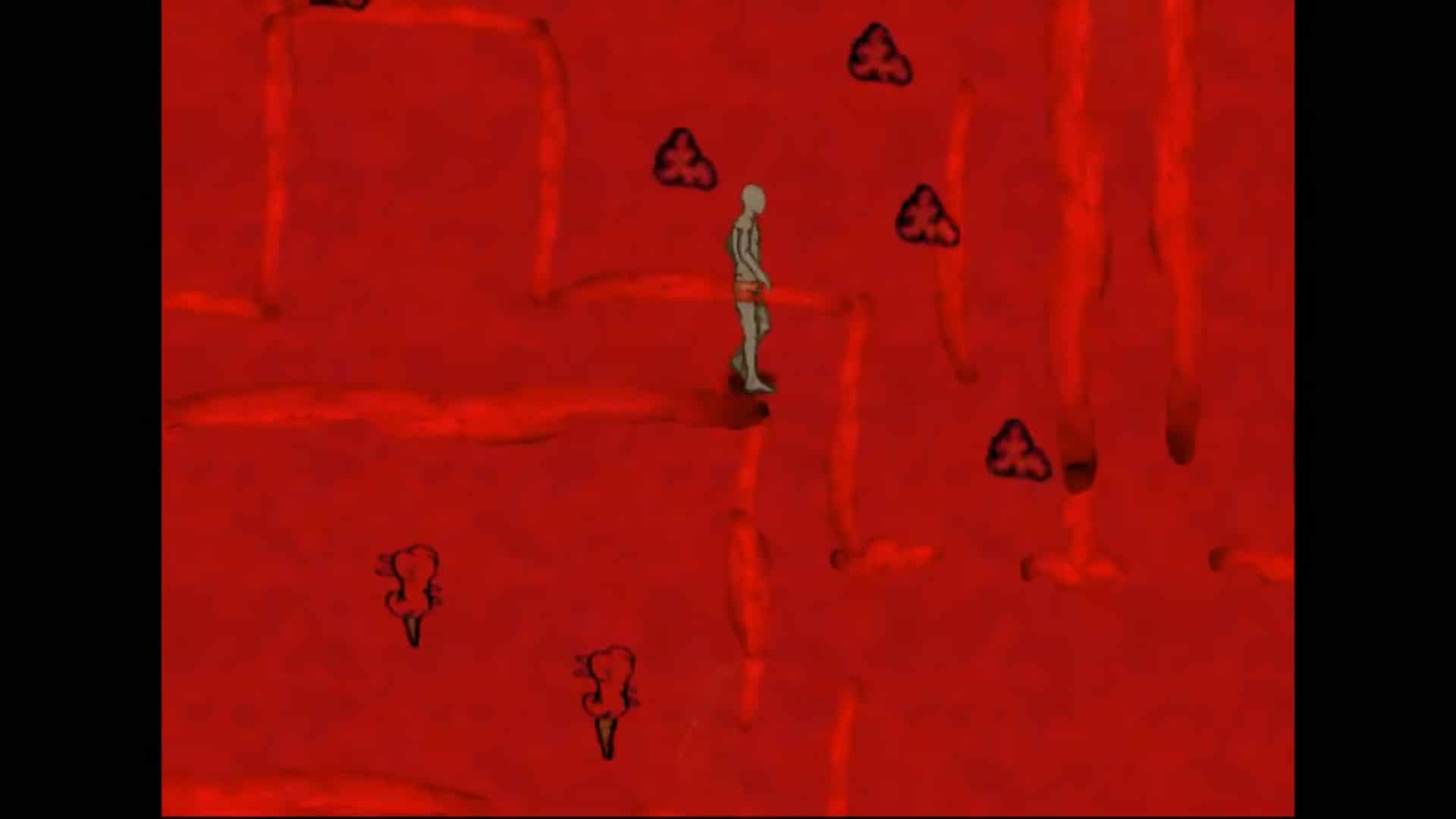 “A game doesn’t have to explain everything, but it feels better if you have an underlying explanation, it comes through and helps it hold together,” says Michael Brough, developer of iOS dungeon puzzler Corrypt and creator of the sixth chapter in the sequence. “So with this chain thing, I guess we might each have our own explanation we come up with for what’s gone before that explains what’s happening and what’s going to happen next, that informs our own chapter.  But then you pass it on to the next person and they just have the games and not the explanations behind them, so they invent their own backstory.”

Brough’s chapter in particular hooks directly into the end of Kairo creator Richard Perrin’s, which asks “Who Are You?” of the player. Brough’s answer is an interactive journey through multiple, linked identities, which expands on the use of diverse viewpoints in previous chapters. Even so, Brough had to embrace the above philosophy when he relinquished control: “The following chapters didn’t do what I was expecting would happen,” Brough explains, “and I had to resist jumping in and saying ‘No, I thought it was going to go like this.'”

Jasper Byrne, the developer of Lone Survivor whose side-scrolling shooter-platformer caps off the sequence, arguably had the most difficult job of all. “It was really hard,” he tells us. “I heard about it after everyone else and said I’d volunteer if anyone dropped out, and Terry said, ‘No no, you can have the last chapter,’ and I thought, ‘Oh god’. And [the chain] just got better and better and the pressure got high. But I thought about it a lot, tried to play them all and tried to think of a way to sum it all up.”

Byrne’s chapter offers a powerful release of tension after much of the avoid-being-hit gameplay that precedes it. “I deliberately wanted to make the mechanics a bit different to all of them,” he explains.

Experiment 12 will likely offer you the opportunity to see the work of indie developers you’re familiar with sitting alongside those you haven’t come across before. The third chapter in the sequence, created by Jack-King Spooner, is an unsettling journey that moves beyond the walls of the facility for the first time. The hand-drawn art contrasts strongly with the styles used by Cavanagh and Snyder, as well as much of what comes later, and for us Spooner’s chapter was the point where the breadth of experiences found in Experiment 12 became apparent.

“I’m pretty much the weakest link in the chain,” says Spooner, modestly. “I mean, I’ve paid money for – I really respect these guys’ work. It’s really intimidating. I knew my strengths we’re definitely not the technology side of it, so I’d have to use music and images, my strength.”

Experiment 12 isn’t a flawless game – the evidence of its rapid development can be found in fiddly sections, unkind difficulty curves and lack of polish. But it’s this combination of different skillsets and levels of experience that makes it fascinating thing to play, while the inevitable contradictions, non-sequiturs and loose ends thrown up by its 12-person authorship leave plenty to puzzle over when its dozen chapters have finished, and no single person to provide answers.

“There’s a great interest in answers at the moment,” as Spooner puts it, “but questions are a lot more interesting.”