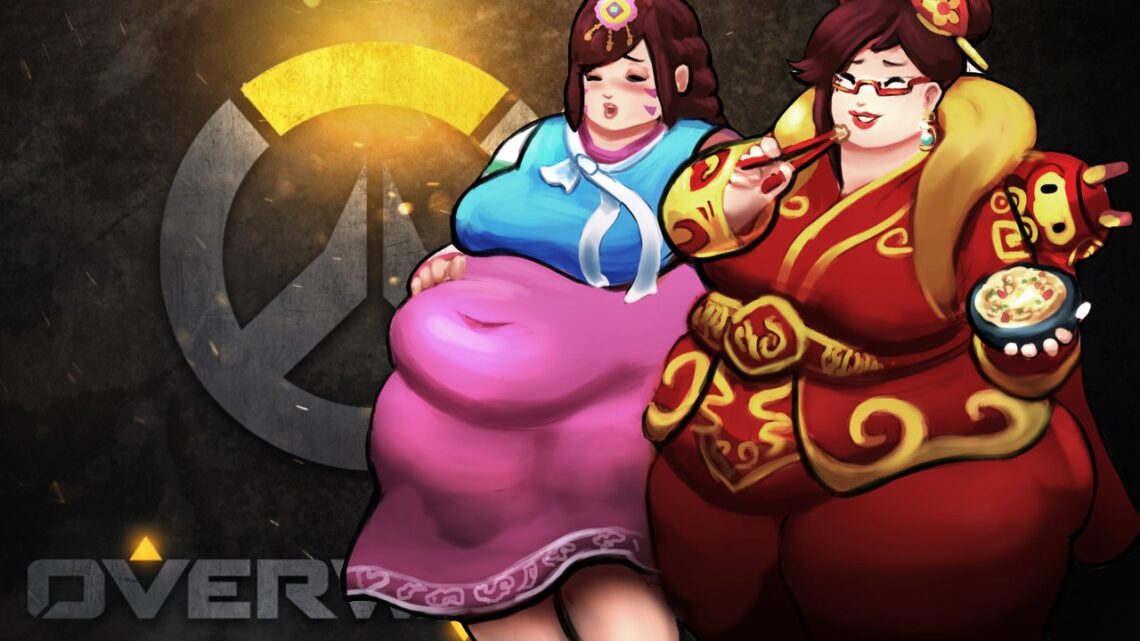 There are a lot of things in the world to be upset about, but few issues matter as much to fat activists as the portrayal of fictional characters in video games. In a newly released Chinese New Year update for the popular video game Overwatch, one of its female characters, Mei, is depicted as not being quite as fat as her fans wanted her to be.

Her new outfit reveals much more of her actual figure than before, which was always covered by a heavy parka designed to protect her from the subzero temperatures of the Arctic North. The fat activists are outraged by how athletic she is, and have voiced that anger across social media with drawings and pictures of how they think she should be.

In Mei’s original design, she is shown to be just as thin (albeit with a large bust and wide hips) as the new character model. Most fans are aware of this, but the fat activists—who argue that an individual can be healthy at any size—are upset by the erasure of the game’s fat representation. Reality has come crashing down on the fiction of fat activists who have, for a long time, insisted she was obese. 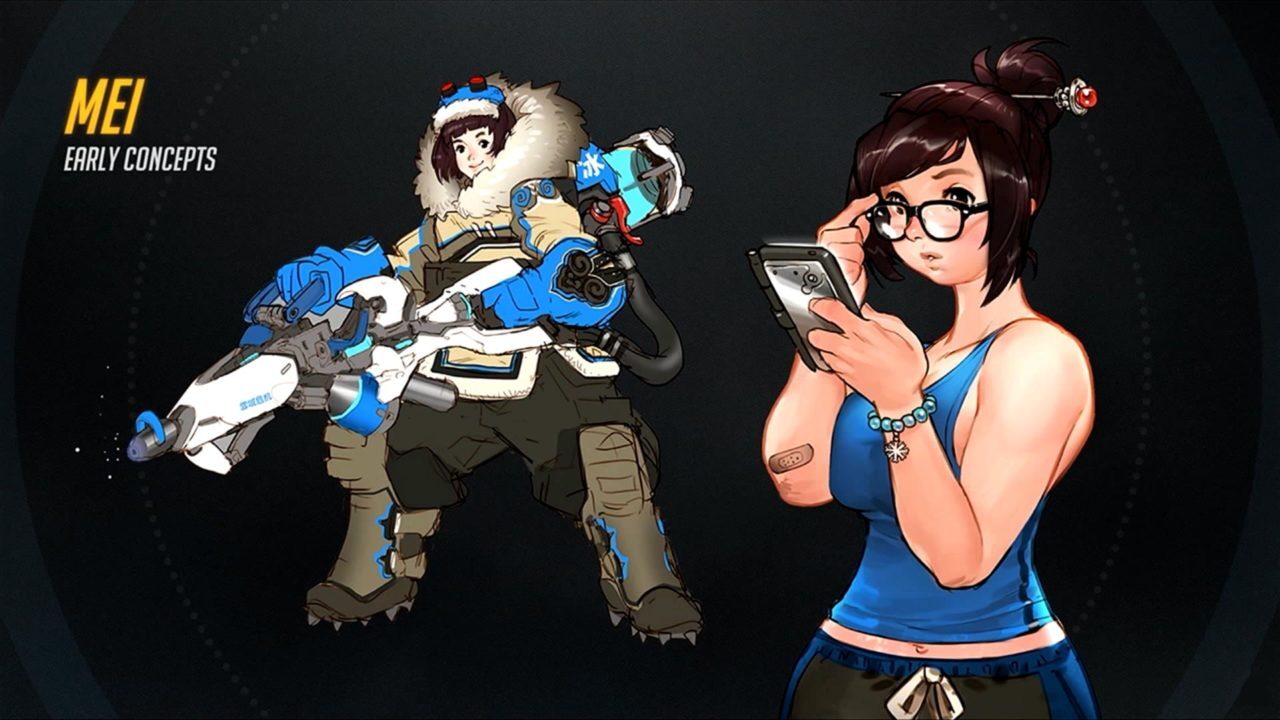 To vocalize their anger, they’ve photoshopped images of Mei to look like how they think she should be, and drawn terrible artwork of the character to make her look 10 BMI points heavier. 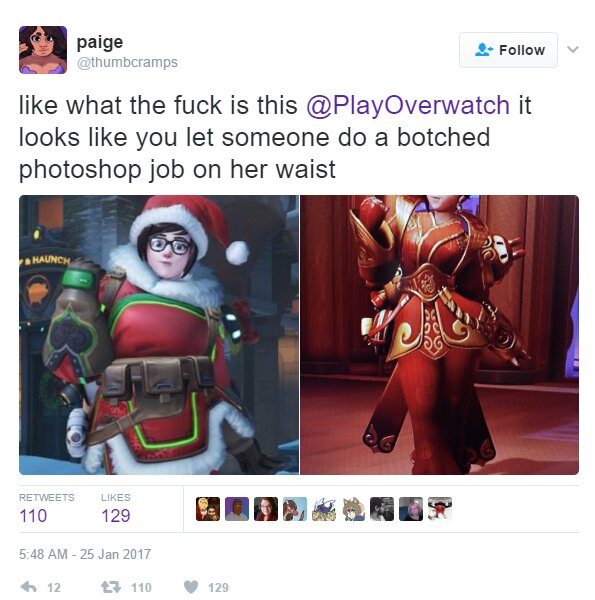 Beyond outrage over a fit character not being morbidly obese, a few culture warriors are also upset over the new update for adding Chinese Year of the Rooster-themed outfits for many of the game’s characters, including costumes inspired by Journey to the West.

Activists were previously upset by Overwatch’s Halloween costumes, which they argue “whitewashed” several non-white characters by depicting them as pale-skinned vampires.

At the end of the day, the complaints over a fictional character’s weight are so vicious because the stakes are completely nonexistent.

Let’s face it, Mei isn’t thin. Even from her face, she has no definition. Her head is a ball, man, no cheek bones, a pig nose. A bland looking normo chubby chick with dull hair and thick glasses frames to break up the vast expanse of featureless flesh.

She is positively titanic.