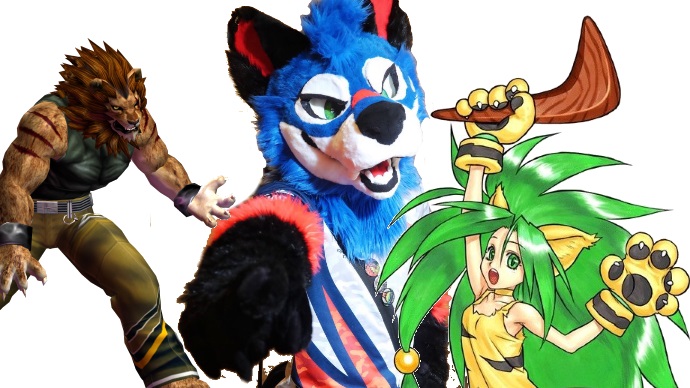 First, a few ground rules. Furry in this context is defined as a human who desires and makes the choice to assume animal traits to some extent. So no catgirls like Felicia from Darkstalkers or the Kaka clan from BlazBlue; if you were born with animal parts, you aren’t a furry. You’re a… fur-person. And on the other side you aren’t a furry if you just like animal iconography. That wolf on your belt buckle doesn’t make you a furry; you need to actually be sporting some animal parts in some way.

With those limitations in mind, here we go; 10 fighting game characters that are definitely furries.

King is the identity of two luchadors in the Tekken series, and if they were simple luchadors with wrestling masks they wouldn’t be on this list. But King I and King II both wear big radical jaguar heads that look so realistic they could claim to be very humanoid cat people. And they wear these heads as a choice, because of how committed they are to the legacy of King.

Tizoc/King of Dinosaurs (King of Fighters)

Okay, first off, King of Dinosaurs is Tizoc. I know Ogura says he isn’t. He’s lying. The dude’s Tizoc. And both forms are furry as hell, just like King. Tizoc is another luchador who wore a griffon mask and winged cape. When he turned heel, he put on a dinosaur mask. Again, these aren’t themed wrestling masks, they’re real-looking fursuit (feathersuit/scalesuit) masks. Also, he debuted in Garou: Mark of the Wolves, so he’s double furry.

I had to read her SNK Wiki page a few times to make sure she’s a furry and not a cat-person. Well, the technical term is anime catgirl, which can be either one. Some catgirls are like 10% cat and so have ears and tails and that’s just what they are. Some are cosplayers. Cham Cham is the latter. She wears cat ears and a tail, and her paws are clearly gloves. Furry. Though her brother Tam Tam is a cursed monkey, so he doesn’t count. 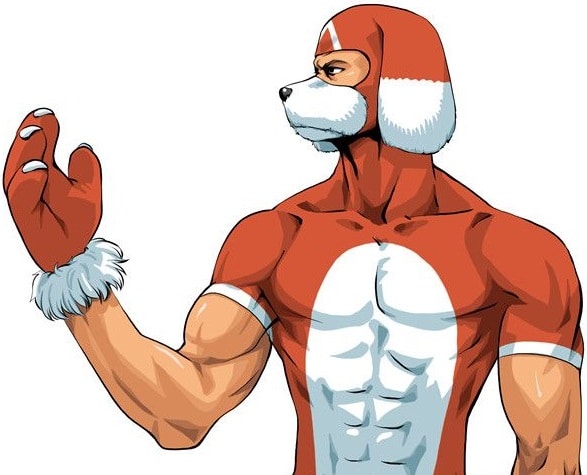 Look at him. Look at him. I don’t care if Power Instinct is more dead than Power Stone, this is the most literal furry fighting game character ever.

Lucky Chloe is easily the most popular and beloved new Tekken character and I’m going to wait a moment for fans to finish writing their angry comments and emails. She’s a teen idol who’s very big into cats and built an image around being a cute catgirl. Ears, tail, a big shrug with fuzzy paws that look ridiculous to fight in, she’s full-on Japanese furry.

Yes, Cheetah is technically a cat person because of a curse that made her that way. That isn’t a fursuit or makeup. I’m still going to call Cheetah a furry because her change was elective. She decided she wanted the power of a cheetah god and went through the ritual that made her one of the angriest catgirls in fighting games. So she’s a furry.

Jyazu is the leader of the terrorist group Jaguar, so of course he dresses like an evil bird person. I don’t get it either, but he has a rad bird skull with glowing eyes for a mask, and big dumb claws, so I call furry.

Literally Everyone in Bloody Roar 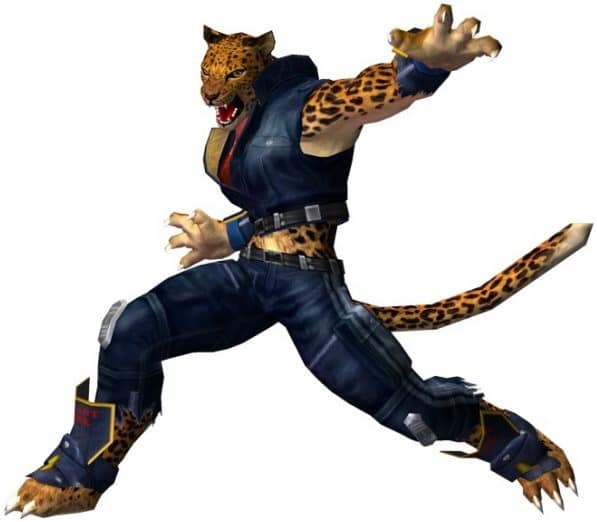 Okay, Primal Rage and Darkstalkers don’t count because they’re all animals and monsters from the beginning, but Bloody Roar (originally called Beastorizer) is about human characters who can turn into beasts on command. That’s the Platonic ideal of furry.