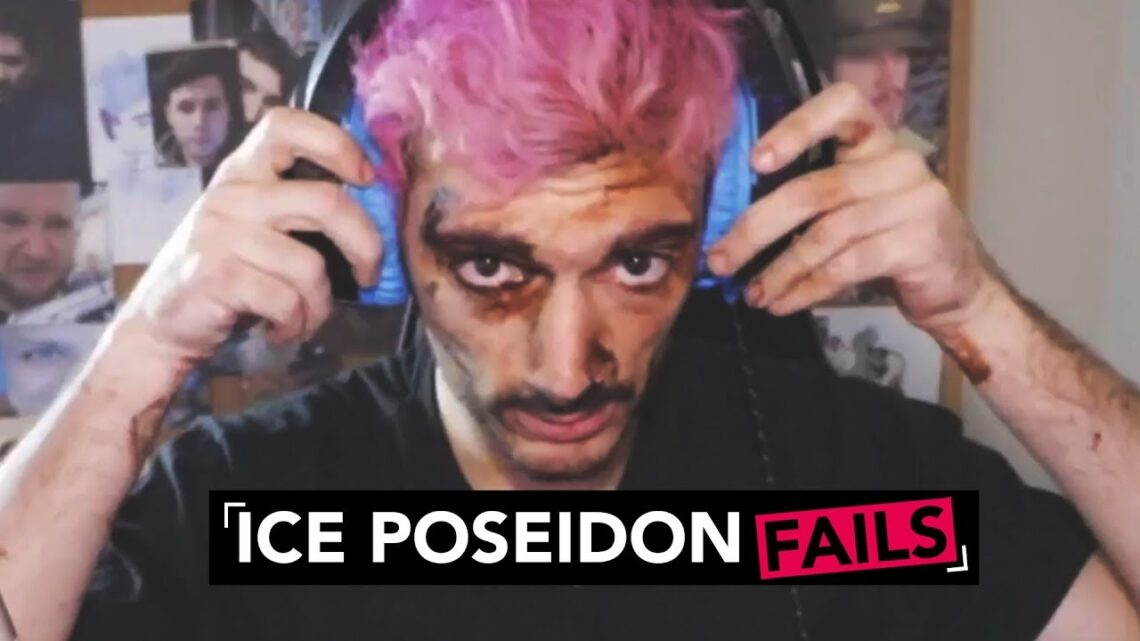 Youtube streamer Ice Poseidon (Paul Denino) is doing an EU RV trip with his current collection of homeless adjacents, but the livestream event that was meant to save his dying career might very well cut his time in Europe short.

Ice Poseidon is the last person you want driving a 5,000 pound vehicle (he is very sensitive about his driving skills, by the way), and unsurprisingly was unable to navigate it around France’s narrow streets without running into everything in sight. And of course, being your typical degenerate streamer, he promptly fled the scene.

“Oh my God, you fucking banged into the guy,” Tracksuit Andy exclaimed, “Oh my God.” The streaming crew then tried to cover for Ice Poseidon by insisting “nothing happened.”

The hit-and-run didn’t stop Ice Poseidon’s carnage on the streets of France. The livestreamer continued to drive erratically, which frightened the other passengers.

“I’m getting off, I’m not driving that. Are you mad?” Tracksuit Andy said. “I’m not playing with lives. Did you see that break check? That’s not even funny.”

Even Denino’s most trusted Yes Man, “Gary the Producer,” is now admitting to worry about Ice Poseidon’s crimes. “I duno guys I’m not down for this type of shit,” Gary said on Discord.

Gary and Tracksuit Andy aren’t the only ones worried. Concerned citizens are notifying French authorities about Ice Poseidon’s crime spree.

“Ice has been reported to the local authorities,” notorious YouTube chronicler Memology 101 tweeted on Monday:
https://twitter.com/AntonioChavezSN/status/1173450320170618883

Justice could catch up to Ice Poseidon soon enough.

[…] help, but Brian ‘Blade’ Risso, the semi-famous Call of Duty youtuber who now resorts to livestreams for drink donations, refuses any kind of treatment that might take him away from his daily routine […]