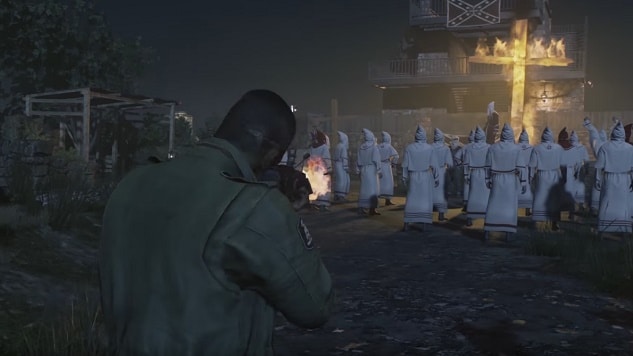 If you are willing to look past poor mechanics and lazy mission design, the premise of this game is definitely worth checking out. But overall, the game just isn’t that great.

It follows protagonist Lincoln Clay, a biracial African-American, as he returns from Vietnam to the city of New Bordeaux (based on the real-world New Orleans) and resumes working for the black mob.

The story operates as a classic revenge tale after Clay is double-crossed in the introductory mission and his friend is murdered. The story begins in such a captivating way but starts to get bogged down by repetitive gameplay. 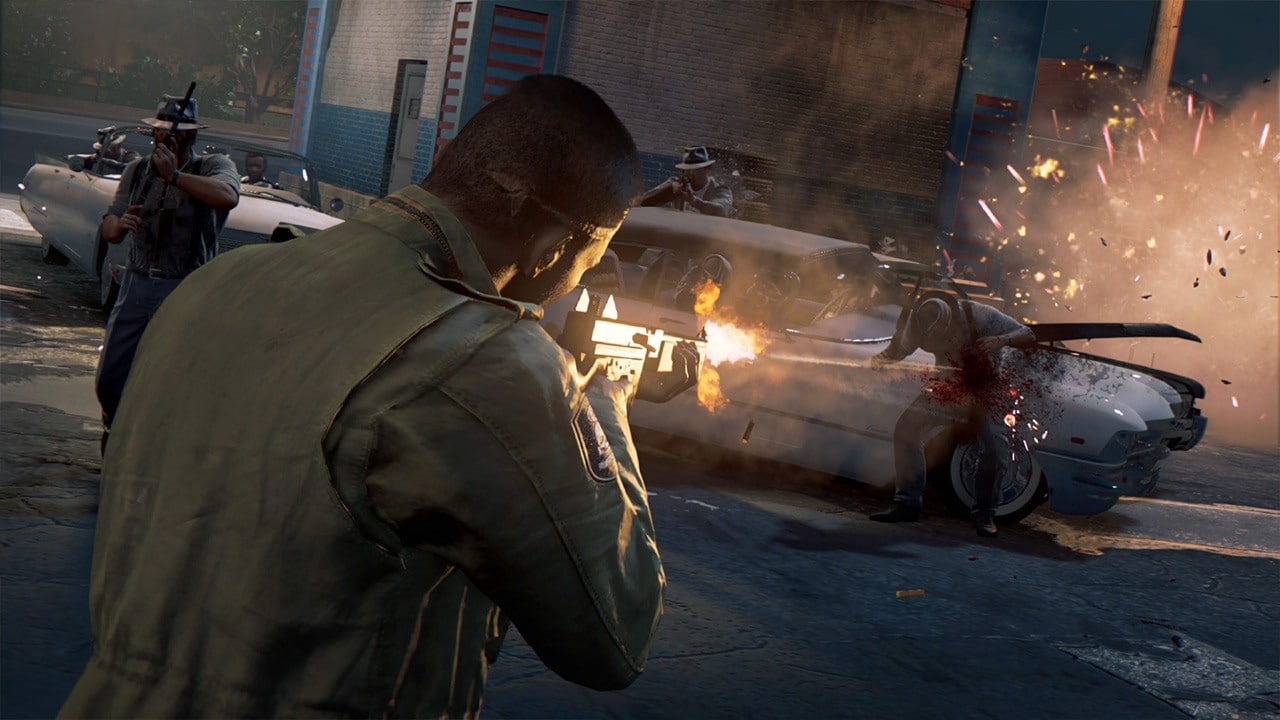 Mafia tells the story as a documentary, showing clips of characters talking in the future and then warping the player into the events being discussed. The concept is neat, and it definitely does help make the characters and environment seem more important, but the execution wastes too much time.

The game starts off slow and continues at that pace throughout. Missions become redundant, objectives never seem all that imperative, and I found myself starting to lose interest in Clay and his mission. The voice acting in Mafia III is incredible, and that did help keep me involved, but after a while it just became too boring. I honestly would not have continued playing if I weren’t writing a review.

The big issue surrounding Mafia III was the focus around racism. Taking place in the deep south in the 1960’s, racism clearly had to be a key factor in the game in order for it to remain realistic. The writers for Mafia III blew me away with their attention to detail in implementing that vision. Often times I overheard non-player characters (or NPC’s) making some nuanced reference to topical racial issues of the 1960’s, like when an NPC mentioned how they couldn’t let their kids watch Star Trek anymore because of the interracial kiss scene. The one I heard most often was in reference to not liking black music, but the game was constantly finding some way to remind me that racism in the 1960’s was commonplace and absolutely disgusting. The n-word was rattled off at the frequency of a Tarantino film. 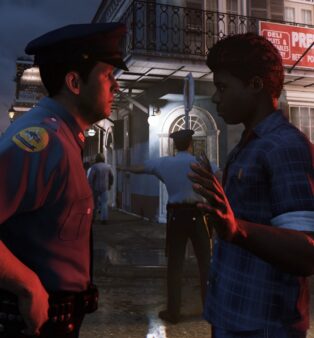 The way police were used in the game was definitely not flattering, but again it was an accurate portrayal of the late 1960’s. I noticed that police were less likely, or at least took longer, to respond if you committed a crime in a black neighborhood, and I found myself meticulously following ordinary traffic laws to avoid instigating a police chase. As a black man in the deep south, Lincoln Clay was always being watched by cops he encountered and that forced players to avoid them in order to stay out of trouble. It was a really interesting addition that added to the gameplay without bogging down the player.

The game was supposed to make me feel that way, I knew going in. I knew I was going to experience some gross racism and it did honestly make me feel sick that people used to behave like that, and that it was widely accepted. But it also made me realize how much better we have it now. The game served as a reminder that America has a dirty past when it comes to racial issues, but holy cow, have we evolved in the past 50 years.

I’ll get away from the narrative of the game and mention some of the mechanical aspects that, for me at least, ruined it. The game feels and plays like a Grand Theft Auto Lite. Movement was incredibly clunky and awkward and hiding was a chore, as you could not move seamlessly from cover to cover.

The one redeeming quality in the game mechanics was the driving. I thought the navigation system they implemented in Mafia III was subtle yet useful.

The environment was substantially less interactive than the older Mafia II, as one Russian YouTuber show us here:

I was so torn throughout because I absolutely loved the idea of the game, but found the execution to be relatively poor in a good portion of areas. The game looks incredible and pushes racial boundaries in a way that has not really been done before, but video games are supposed to actually be playable. For that reason, I am disappointed that Mafia took several steps backward from the older games. The world was not as interactive, the story wasn’t consistently enticing, and I found myself not wanting to play the game after about 20 hours.

The story absolutely needed to be told and was done brilliantly, but it won’t ever have the desired effect if it is paired with subpar gameplay. Video games are more than just a platform to tell a story, and it would be wrong to pretend that the necessary game aspects don’t really matter. Storytellers are actually better off if they focus on the gameplay first. That way players are not distracted by the flaws. Instead, the Mafia III guys choose to devote all of their time to the story, and many of the simple yet critically important aspects are overlooked.

The final verdict is yes, the game is worth playing, but don’t set your expectations too high or you will find yourself sorely disappointed.