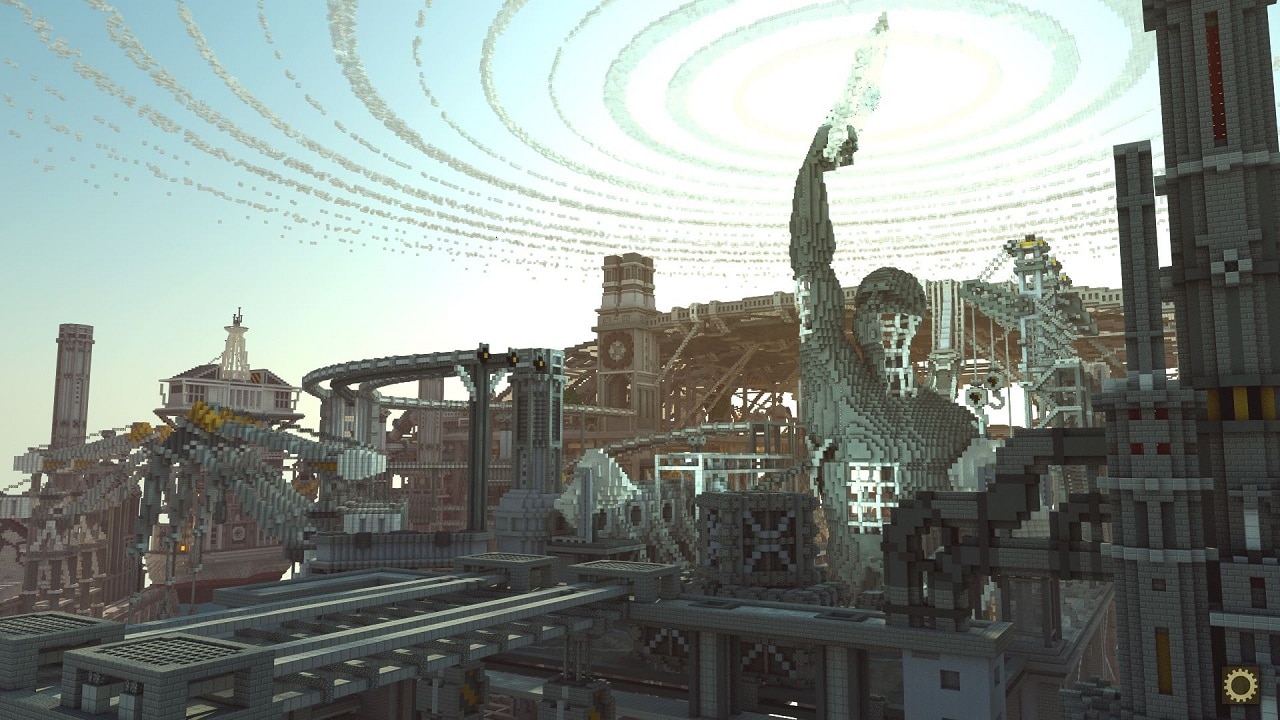 Last week Microsoft announced the next stage for Minecraft. It involves several big changes, and among the more substantial is the addition of an official storefront selling a highly-curated selection of adventure maps, texture packs, and various other mods.

Many of the arguments against this focus on whether Microsoft should be charging for Minecraft content at all (even though it has been doing so for years in the console and pocket editions), so I thought it would be interesting to speak to one of the creators involved. After all, Minecraft is somewhat behind the curve in allowing its community creators to profit from their work.

James Delaney runs Blockworks, a collective of Minecraft creators lucky enough to be included in Microsoft’s opening selection of content. What first struck me about this group was when Delaney told me they had 62 people, which seems an incredible number – especially when we get into the economics of selling videogame content (it’s not apples-for-apples, but many Steam workshop creators work solo). But I guess that 62 is something of a headline number, loosely-affiliated creators, and the core of the group’s a little smaller?

“We used to be loose,” says Delaney. “I mean we’ve tightened up recently especially as we’ve pulled together to approach this, as this is probably the first opportunity for us to have a regular and reliable income. At the moment I’d say we’ve got between five and ten working full-time. Previously it’s been working on a commission-by-commission basis, so we’d have lunch and meet in London kind of thing…”

Blockworks has previously done promo work for Microsoft on Minecraft trailers and commissions for the Museum of London, the Guardian, the Southbank Centre and many others, which probably also explains why they’re in the first wave of community creators. Not that there’s necessarily anything wrong with this: Microsoft very much wants known quantities whose quality of work can be relied upon. And the kind of stuff Blockworks makes is exceptional.

The group began as four friends in 2012, working together as a team on Minecraft creations, before the demand for their work led to the founding of Blockworks as a company. It has three adventure maps live on the Minecraft store: Automation Dreams, a science-fiction landscape with buried machinations; Skyfair, a fairground-themed playpark; Scorching Sands, a desert-themed jamboree. 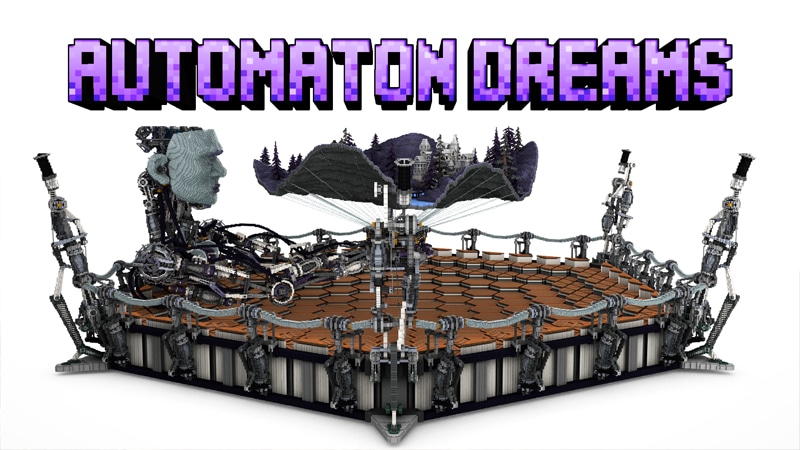 Think of adventure maps as miniature singleplayer campaigns. The community loves them, and Blockworks is great at making them. The big question is, can this new store turn what was a presumably a profitable hobby into a full-time career?

“I mean we’ve been quite lucky in the work we’ve already had through Minecraft,” says Delaney. “There’s not many teams or companies been able to sustain that much work, but this is certainly going to help.”

“I’m taking an architecture degree in the background but at the moment [Blockworks] is enough to support me. This change will hopefully be enough to support all 62 of us full-time, but we’ll just have to see how it goes, as you say it’s uncharted territory.”

Blockworks has three pieces live on the store, and I ask Delaney what the future plans are – now that Microsoft is, essentially, trying to professionalize their work, does that mean they have to have a content pipeline? Does he know what they’ll all be working on in six months?

“We’re starting to put that together,” says Delaney. “We want to hold off for a little bit, and see how this content is received because it’s a new market and it is a different community – Windows 10 players are younger and newer to Minecraft, they might appreciate a very different type of content to what we’re used to making. So we’ve just got to step back for a bit to see how it goes and then we’ll use that towards what we do next.” 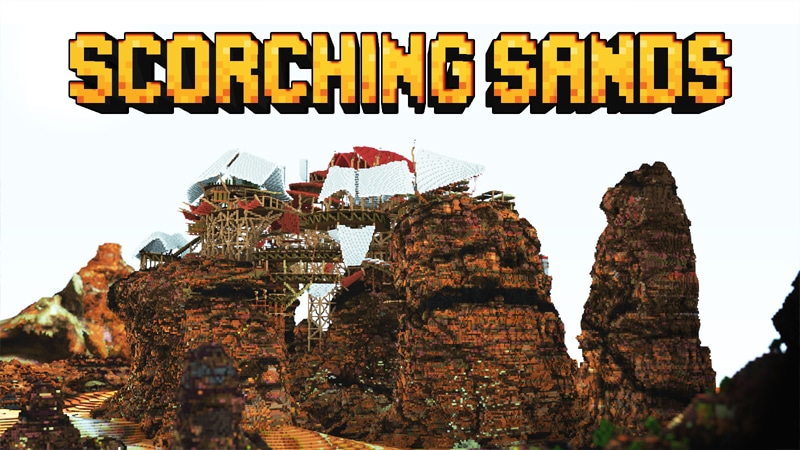 What about Delaney himself? He clearly loves Minecraft but part of the appeal and beauty of the game is this wild-west quality it had – something that, with fenced-off content store, is kind of hemmed-in a little. How does he feel about the way the game is changing? Is there something melancholy there?

“Yeah, I see a little bit of that. Especially as someone who played the original PC version, and the PC community is all about that; it’s all about free content, sharing, collaboration – as you called it a ‘wild-west’.

“I think the Windows 10, or bedrock players as we should call them now, they won’t see it that way, because they’re used to DLCs. From the moment it came out, they didn’t have that same atmosphere of sharing so I think for the people this is going to affect, they’re not going to feel that melancholy. Maybe a few players like me will feel it,” laughs Delaney, “a little bit old-fashioned…”

As creators, Delaney and Blockworks are moving from making things purely for enjoyment into making things that are sold – which requires a different attitude to your work, and a polished product that earns the money. How’s the transition?

“I think we’ve had that [professional] attitude for a while,” says Delaney. “Any time we do paid work – like for the Museum of London – obviously we’re not doing that stuff for free, so we’ve had to take things fairly professional before now. Now we’ve got the added task of competing with the rest of the community, now they’re direct competition, if someone else’s product is going to be next to yours – there’s a challenge, but I think that’s a good thing. The benefits will be better content.” 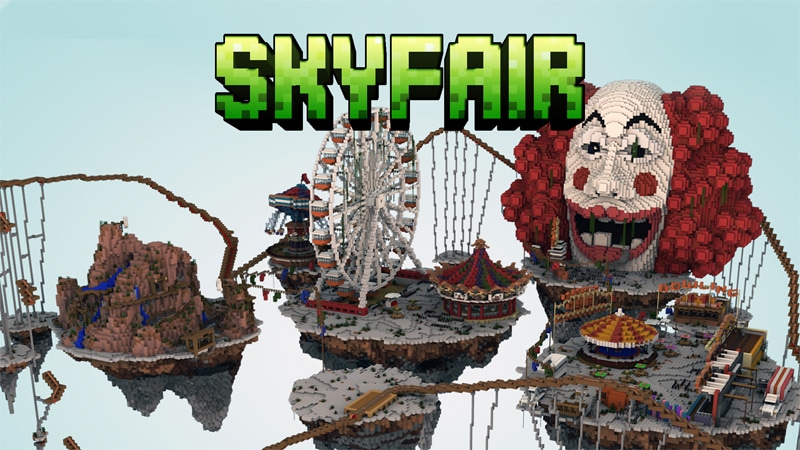 We have this thing now in the games industry where almost everyone’s a target for people angry about something. Is Delaney worried about any kind of backlash, whether that’s the social media kind or the user reviews kind?

“With such a large community there’s always backlash with whatever you do,” says Delaney. “I think some of the creative community will be angry that they weren’t included in the partner program, some of them will be delighted that they can finally make money and have the opportunity to do that.”

“In terms of feedback of bad content – I mean hopefully we’re pretty confident that what we’re making is actually good quality and entertaining – you know, if the majority of people don’t see it that way, then OK we will learn from that, but I don’t think that that’s the case.”

Delaney’s an impressive guy. It’s too perfect, of course, that this builder of virtual worls would be using that talent to fund his degree in architecture, and his considered responses belie his youth. If this all works, it could be a long and profitable career for him. For a while, at least, which leads on to the 2.5 billion dollar question. How long does he think Minecraft can go on for?

“Well, it’s been spoken about as potentially a 100-year game,” says Delaney. “I mean, given the amount of money they spent on it and the simplicity of the game, it’s probably possible. Lego’s been going since the 1930s or something and Minecraft really is the digital equivalent. I think as long as they keep working with the community like they’re doing now, which actually drives the game forward, it’ll be interesting.”