[Editor’s note: On July 11th, an anonymous user claiming to work at Blizzard posted a massive letter about the state of the sinking ship that is World of Warcraft. People generally seeing the leak as authentic now have even more reasons to hold that belief, because Mark Kern, the former team lead for the celebrated classic era of WoW, has reposted the leak and commented that it rings true. He also in reply posted his own perspectives and experiences and elaborated on what’s happening at Blizzard.]

Supposedly this is Blizzard leak about the current state of WoW. It may not be legit, but the attitude described about monetization and how devs view gamers, and hate of streamers is true overall in AAA dev.

How did we get here? A couple things happened in AAA dev that lead up to this point. The biggest thing is the money. Once AAA gaming got bigger than all media, you start to attract a lot of execs who are in it for the immense profit vs the love of making games. This change starts at the top, and is made worse by game companies going public.

This starts to flow down to middle management, who are starting to make serious cash. The “why” of a company changes. Instead of going for games they would love to play and identifying as gamers themselves, there is now a sense of “other.”

“WE made the games, THEY pay for them.”

OG Blizzard culture used to be “We are gamers, right down to the receptionist, and we make game for ourselves because we are gamers.” That is gone now, and devs at many AAA studios are distinctly US vs THEM (the “whiny, entitled gamers”).

This was not helped by the increase in personal attacks on devs by gamers themselves. Gamers are passionate, and unfortunately this sometimes this move beyond criticizing the game, to personal attacks and some really unsavory and threatening behaviors.

Let’s get back to the money. Once games were obvious money makers, and EVERYONE started to play them, and a “cool” rep, you started to attract a different type of developer.

The first wave did it for free, made very little money, very little success, just to make dreams happen.

But once games were viewed as a stable(myth) and more glamour “Career choice” with good pay, you started to attract the types of professional who are very good at their job, but are definitely what I call the Nine to Fivers. They treat it not as a passion, but as a routine job.

Again, this wasn’t helped by upper management, who by now is fully flooded with MBA and Marketing types, who treat devs poorly and binge hire and fire them from project to project, treating them as tools. Hard to have passion when both management and angry gamers don’t have your back.

Then, Zygna blew up big on Facebook, and metrics were becoming important along with predatory monetization. When mobile exploded and everything become “free but with pay2win” the sheer scale of gaming profits leapt an order of magnitude or two forwards. Billions…not millions.

Suddenly, making games for games sake was not the goal. Now games needed to collect metrics, retain users, and the way success was judged was more about how much money per user you could make vs having a great game.

The two are often at odds. You find yourself deliberately making your game worse so it can sell better convenience items and power items.

Steve Jobs was right. When you let this type of “why” drive your company, and you make monetization the only goal, you kill the innovation in your company and you drive out the innovators and makers.

While Jobs was talking about sales and marketing staff vs product makers, in games it’s worse.

In games, designers are now the sales staff. The gamification of monetization makes or breaks a AAA game. So now, even your product people are contaminated with this mentality.

The devs who do it for the passion, who are tired of being blamed by gamers for corporate decisions above them, and who do it out of genuine passion…well they leave and go indie. What remains are those who are doing it as a job. One they often hate, and they are not innovators.

The arrogance is also real. Steve talks about how you get surprised, because you have a monopoly on the market. WoW had the at monopoly on MMOs. And they are no longer gamers but game salespeople.

So of course they are prone to disruption.

In this case, it wasn’t Square and Final Fantasy BY ITSELF. That just happened to be a game that was competing on gameplay instead of monetization because they were NOT the monopoly. It’s also an old enough game where the old values of gameplay were more important.

What sparked the exodus from wow started with a player base that was tired of being treated as customers are often treated in a monopoly (taken for granted, poor service in terms of content, not being listened to, milked for cash and fees).

Then came the streamers.

Streamers are the world’s BIGGEST force in game marketing. They can make you a success overnight with ZERO trad marketing (APEX Legends), or they can absolutely tear your game down.

Many in traditional AAA game marketing never understood this, and many still don’t get it today. When streamers were just getting started, I was told by my EA and AAA staffed marketing team what a WASTE it was to do YouTube and Twitch (even though it cost a fraction of ad spend).

Of course, they were wrong, and they now curry favor and spend money on twitch and YouTube. But they don’t really UNDERSTAND it. They spend money on it, but they don’t actually watch the streams to understand when things are going wrong. Or they don’t believe it will affect them.

So when Asmongold started dipping his toes into alternatives to WoW, interviewing Final Fantasy content creators and then, finally, playing it himself on stream, Blizzard was unaware or unbelieving of what was happening. THEY were the monopoly.

Even Asmongold was taken by shock at the sheer number of viewers his Final Fantasy stream attracted. Even he had underestimated the number of dissatisfied and curious for alternative WoW gamers.

Well, what happens in streaming? Once ONE content creator hits a gold vein of views, OTHERS quickly hop on. Suddenly you have many WoW streamers talking about Final Fantasy and starting to stream it. What’s a WoW gamer to think?

The rest is history. The King is dethroned, an expression of shock on his face.

Sometimes you don’t need the best product. You just need to be good enough to take advantage of a company that has rested too long on their brand and monopoly to actually change, innovate and improve.

This won’t stop. WoW gamers are leaving for good.

But if the monopoly can wake up, and pull an expansion out as a turnaround as drastic as Square itself did with A Realm Reborn, it can flip it around again.

The problem is, Blizzard, you chased all your innovators away. Oh well.

PS. I leave a tip for Final Fantasy XIV. Follow this and you will 10x your sales and userbase. Take it from the wow guy. Fix your account website! Take 6 devs and do an EMERGENCY REWRITE. Thank me later. It took me 3 hours to buy your game and figure out account issues. I’m not alone.

Mark E. Kern is a Taiwanese-American video game designer best known for being a team lead on the video game World of Warcraft and a founder of Red 5 Studios.

We’ve been getting those articles for ten years and will probably still be getting them for another ten years, it is what it is. I suppose it’s the kind of self-validating content people crave and that it basically write itself.

>All devs made their twitters private under lockdown.
>They are no longer allowed a public platform again with hordes of rabid schizos ready to swarm them.
>Horrible work conditions exposed.
>Corporate style Apology after apology after botched apology.
>No one liked that. Trannies madder than ever.
>Non-tranny gamers also thrown under the Bus, WoW will no longer receive updates until “This is fixed”
>Begging and groveling for forgiveness, replaced NPC’s replaced items, guaranteed to have 500% more trannies in game
>Credibility still zero
>9 months to produce 1 raid and 3 minutes of cinematic
>Cancelled projects, mainteance mode company 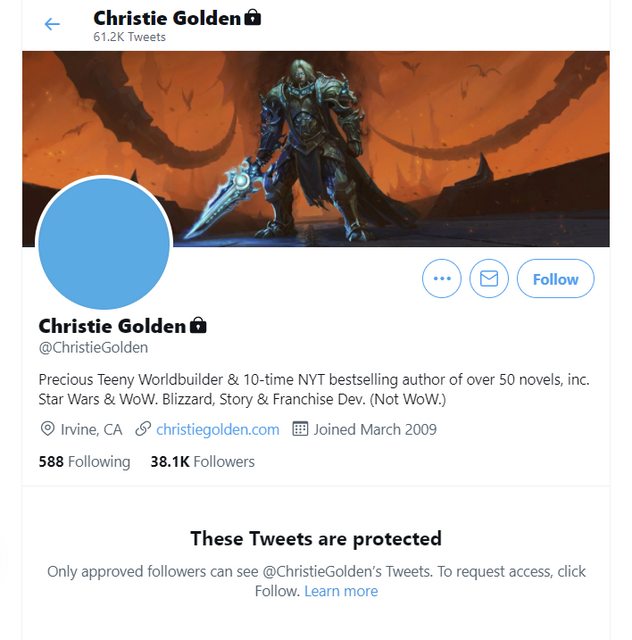 It’s literally over. Devs already confirmed “No further work” will be spent on WoW until the lawsuit is handled. Shadowlands is here to stay for 2 more years.

The only way out of this for Blizzard would be to take a 180 turn, kill off all their tranny characters, slip Sylvanas into skimpy armor again and cater to their old guard, but we know they’re not gonna do that.

They now exist in that perfect balance where both oldfags and pronoun obsessed zoomers both hate them for different reasons but in equal measure. Blizzard has reached the apex of unlikeability.

Here’s a group pic of the blizzard team. Notice anything? 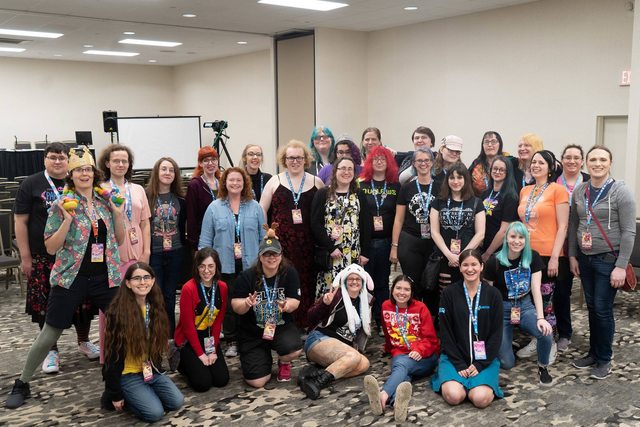 I decided to catch up on some WoW story to see if I’ve missed anything since WotLK; I’m happy to say I haven’t.
All the men have been turned into emasculated failures who are completely incompetent, and all the women are now uber-badasses with super powers who never fail — unless they face another woman.
All male leaders are slowly being killed off and phased out for women. They’ve even gone back and removed instances of male characters insulting female characters because it’s now deemed “inappropriate” (even in a fantasy fiction) to insult women.

So many people unsubbing it crashed the server. Not even kidding 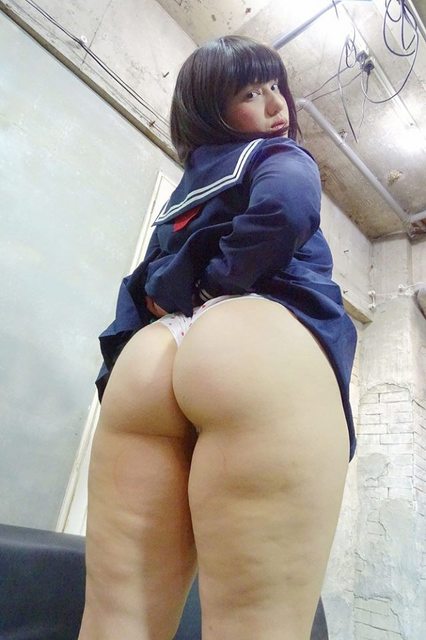 Some time ago, there was this quite good single player private server mod (you could run this locally on your computer) for WOTLK. It allowed you to play the game as solo, for example you could set the dungeons to be as hard or easy as you wanted by typing in a command.

Then Blizzard C&D’d the emulator. Development stopped and the files were removed from the net. A shame, it was a really comfy way to play the game (no private server tr00n GM drama etc). I’m glad I kept copies of the files on one of my separate HDDs.

Anyways.. they are scared. The fact that a community-coded private server emulator gets C&D’d is quite rare. 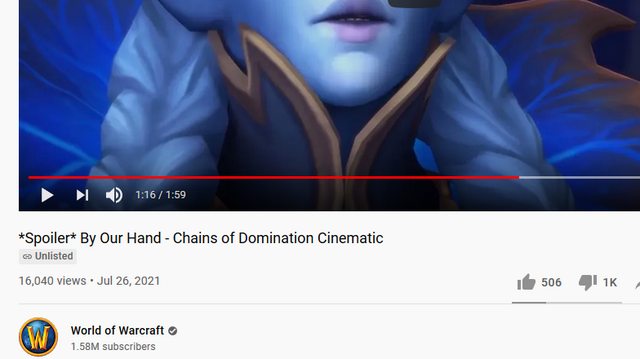 No matter how bad WoW is, we are not going to play Final Manchildren Pedo Fantasy XIV.

Actual men are waiting for New World and Ashes of Creation.