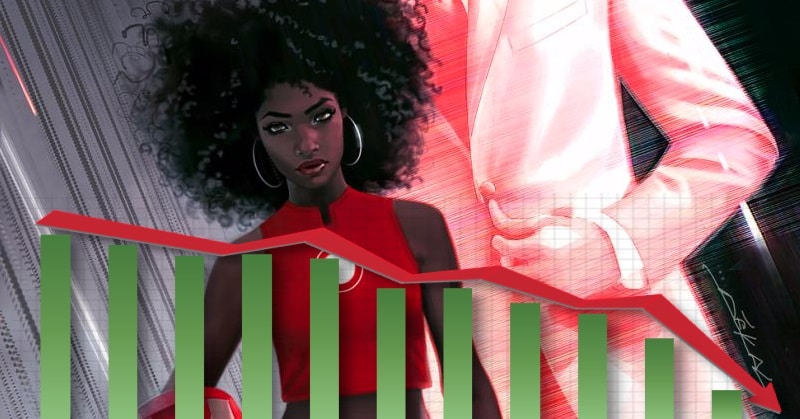 According to The Independent, despite releasing a number of “multi-million dollar blockbusters that have recently overtaken Hollywood,” Marvel’s comic book sales have been dropping.

David Gabriel addressed this at Marvel’s Retailer summit a few days ago, telling ICV2, “what we heard was that people didn’t want any more diversity. They didn’t want female characters out there. That’s what we heard, whether we believe that or not.”

Following ICV2’s publication of its article on the topic, Gabriel’s words caused quite a stir online.

“Gabriel’s point is bullshit,” wrote Gizmodo’s Beth Elderkin. “It shelves blame onto the readers and blatantly ignores a lot of other reasons Marvel Comics are doing terribly.”

Ok, I'm new to the comic scene and not an expert. But maybe, just maybe, if Marvel put as much effort into promoting the comics as they do –

– with the movies then maybe the sales would be more successful.

Can you do that? Blaming diversity and women for a sales slump? No. Just, no. The slump is a systemic symptom. Adapt! pic.twitter.com/7AmcMmweQx

How about you write better stories and not shit and maybe not blame women and diversity and more the racist fools that hate change?

Marvel Comics' "people don't like diversity" nonsense gets more offensive everytime I think about it.

Following the backlash, David Gabriel allegedly reached out to ICV2 and asked to clarify his statement.

“We have also been hearing from stores that welcome and champion our new characters and titles and want more,” he declared in a complete 180-spin. “They’ve invigorated their own customer base and helped them grow their stores because of it. So we’re getting both sides of the story and the only upcoming change we’re making is to ensure we don’t lose focus of our core heroes.”